Advertisement
The Newspaper for the Future of Miami
Connect with us:
Front Page » Business & Finance » Niche in container market pays off big 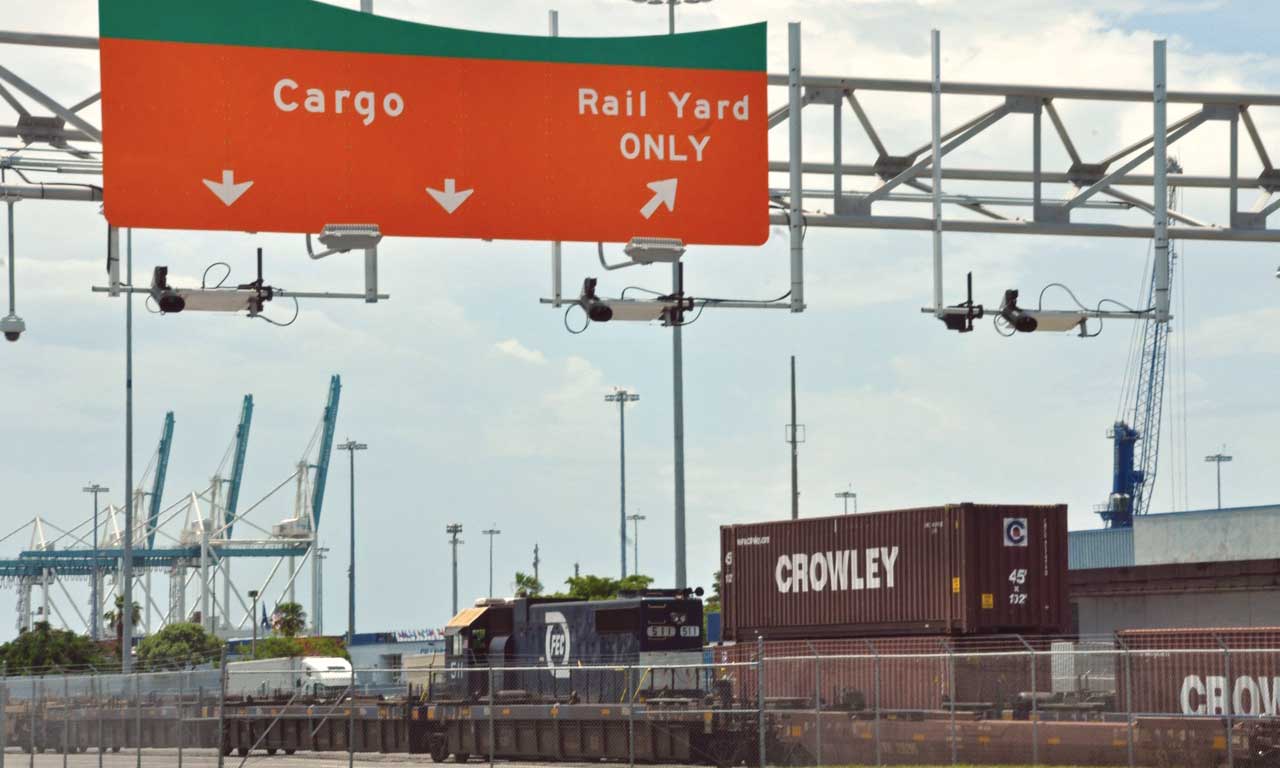 A Florida East Coast train arrives at the PortMiami via an on-dock rail connection in the morning, then departs in the afternoon, carrying with it an assortment of commodities that range from garments to waste paper to refrigerated cargo.

As of July 28, the two-year-old rail service had transported 8,420 cargo container units northbound from the port and 10,257 southbound into the port.

Aside from transporting goods to and from the port, the rail service is also moving empty containers for major shipping lines.

“We found a niche in the market,” said Robert Navarro, port director for the FEC Railway. “Not only do we move loads, we will move empty containers for the [shipping] lines – what they call repositioning.”

Shipping lines move their empty containers, or empties, from one port to another. The port’s rail service has taken containers as far as California.

The rail service is operating seven days a week, except for major holidays, Mr. Navarro said.

The port also ships seed corn grown and harvested in Chile in March, which is offloaded at the port, then transported via the FEC Intermodal Rail to Chicago, then taken to the heartland to be planted for the spring harvest, Miami Today reported in February. Cotton and yarn comes into the port via rail to be shipped to Central America, with finished goods then shipped from Central America to the US distribution centers via the port.

Mr. Navarro said he’s done business with all major lines but would like to add more cargo volume.

Nearly $50 million of the more than $1 billion PortMiami has invested into a slew of projects in preparation for the Panama Canal expansion went toward the revitalization of the on-port rail service.

“Our strategy is to bring more business,” said Juan Kuryla, PortMiami’s director. “Now that we’ll be able to accommodate larger vessels and unload a larger number of boxes here in Miami and rail them in conjunction with the FEC rail, we can reach 70% of US population in less than four days.”

The rail service can carry up to 240 40-foot-equivalent-units on its 9,000 feet of track. But the trains are not yet leaving or entering the port hauling that much volume, Mr. Navarro said. The facility is being used at 60% capacity, with 40% left to spare, he said.

When a train leaves the port, it rolls straight across the PortMiami bridge, crosses Biscayne Boulevard, then goes west to the Hialeah Rail Yard, where it is connected to the national rail system.

Mr. Navarro said the trains have not yet backed up traffic downtown. The only area on its route that a train might affect is when it passes the AmericanAirlines Arena, he said.

Although rail cargo volume has increased dramatically since service was restored in 2013 after years of inactivity, Mr. Navarro said, there’s plenty of room for growth.