Advertisement
The Newspaper for the Future of Miami
Connect with us:
Front Page » Transportation » Port tunnel cuts trucks 80% 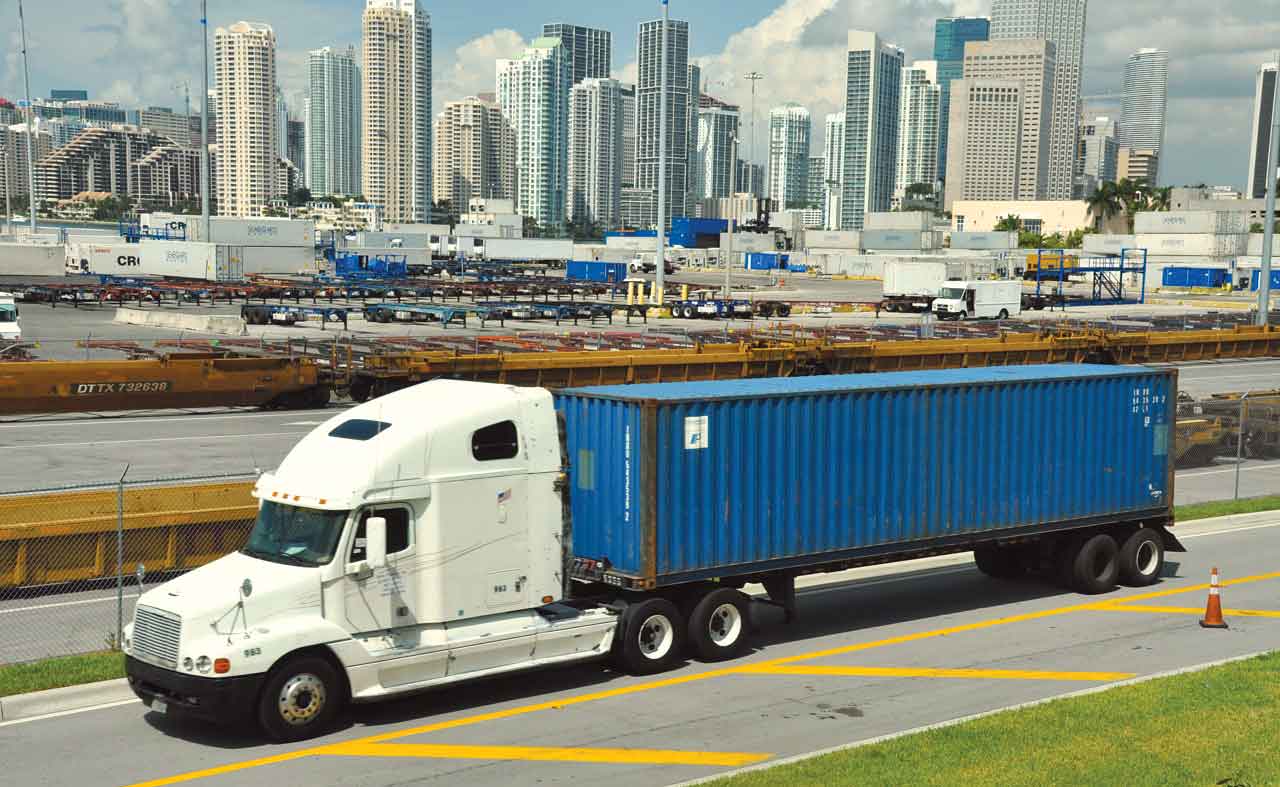 Open not quite a year, PortMiami Tunnel has met expectations and has exceeded some of them, said Chris Hodgkins, CEO of MAT Concessionaire LLC, its operator.

The goal was to divert 16,000 vehicles per day – 28% of them trucks – from the streets of downtown Miami to the twin tunnels, and then to speed them to their destinations. It easily met that projection; on a recent peak day, a traffic report showed that 22,000 vehicles used the system.

“More than 80% of all cargo trucks are out of downtown,” said a memo from Mr. Hodgkins. “All truck trips in and out of the port have been cut by almost an hour. The tunnel reduces vehicle idle time as well as cutting the amount of vehicle emissions in downtown streets.”

The tunnels are monitored around the clock through 91 closed-circuit television monitors and a video wall that feed real-time images to a staffed control room. Forty-two emergency phones allow drivers to call for help, sensors check air quality, and 44 powerful fans supply ventilation. In the case of a category 3 or greater storm, massive flood gates are to lock into place to keep the system from taking on water. A live messaging system broadcasts alerts to drivers, and can detect when a vehicle is too tall for the tunnel.

“This is the world’s newest tunnel, and it’s an accumulation of best practices in tunnel engineering,” Mr. Hodgkins said.

The Florida Department of Transportation funds the toll-free tunnel at $2.9 million per month; roughly $800,000 goes for operating costs and to employ a staff of 30, and $2 million toward repaying the construction loan.

Operations have mostly been smooth, but there have been about 250 mishaps since the first vehicles rolled through. One included an 18-wheel truck that broke down inside the tunnel during a Presidents’ Day weekend when the Miami International Boat Show and the Coconut Grove Arts Festival were both in full swing.

“Incident response was crisply executed with great efficiency,” Mr. Hodgkins’ memo said, “and when all was said and done, the tunnel was closed for only 18 minutes.” Rescue crews arrive in six minutes on average, and the concessionaire maintains a fleet of tow trucks that can push or pull a vehicle out, as well as flatbed trucks that can accommodate exotic cars, he added.

Mr. Hodgkins, who lives downtown, said he has noticed an improvement in vehicle traffic when he walks his dog in the morning. “It’s all about quality of life, and since last August it has definitely gotten better,” he said. “We’re very happy with the success of the tunnel.”