Advertisement
The Newspaper for the Future of Miami
Connect with us:
Front Page » Transportation » Traffic dilemma as big events collide

Written by John Charles Robbins on May 12, 2015
Advertisement 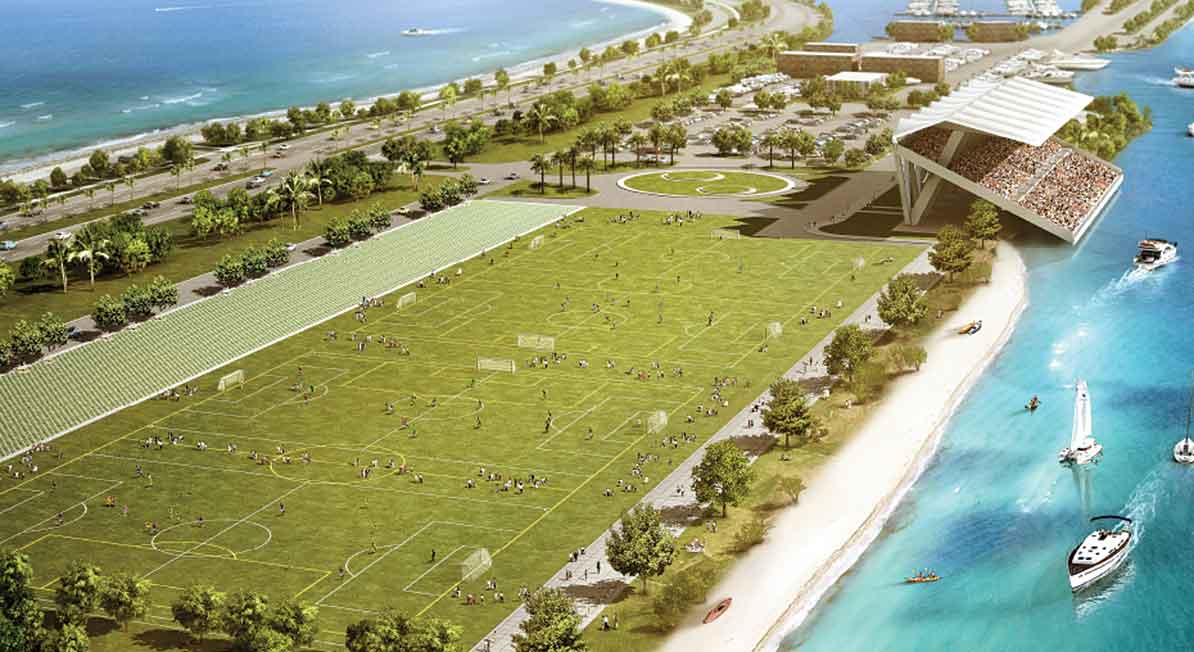 The second weekend in February 2016 will be a very busy time for the City of Miami and environs.

The Miami International Boat Show is to be staged at Miami Marine Stadium Park and basin for the first time, and the annual Coconut Grove Arts Festival unfolds the same weekend.

Both events are tremendously popular and draw hundreds of thousands of visitors to the area.

Getting a handle on how to deal with added traffic to the city’s already congested roadways is a challenge.

City government administrators, along with officials of the Miami Parking Authority, organizers of the boat show and others, have been holding strategy meetings to develop parking and transportation plans for that time period.

Authority CEO Art Noriega gave a status report of those talks to the city’s Off-Street Parking Board on May 6.

Mr. Noriega mentioned the challenge presented by the converging of the two major events.

He said he and Authority COO Alejandra Argudin met several times with the major players to discuss the logistics of the weekend and devise a plan for “park and ride opportunities, that will limit the number of cars going over to the Key.”

Mr. Noriega said the National Marine Manufacturers Association (NMMA), the organization that produces the boat show, is working on several “park and ride” and “park and boat” opportunities to help move people around during the show, set for Feb. 11-15. The arts show in neighboring Coconut Grove is scheduled Feb. 13-15.

On May 7, the NMMA unveiled a transportation plan for the 2016 Progressive Insurance Miami International Boat Show.

The association, in conjunction with the City of Miami, says it has constructed comprehensive parking and transportation plans spanning water taxis, shuttles, public transportation access, VIP and valet parking, and “abundant” public parking options, all strategically placed throughout Miami and on Virginia Key to accommodate boat show attendees and exhibitors.

One of the more exciting and efficient elements of the boat show’s transportation efforts is the addition of water taxis, according to the association. With its easily accessible on-water location at Miami Marine Stadium Park, the boat show’s water taxi plan makes it possible for the show to transport up to 25,000 people to the event daily by water, it stated.

As part of the boat show’s transportation efforts, the city hired consultant Kimley Horn to make a thorough traffic study to better understand the most efficient and effective means of getting vehicles on and off Rickenbacker Causeway while keeping traffic flowing at all major intersections leading to the causeway.

Given the importance of the causeway to the entire Miami-Dade County community, NMMA and the city used the traffic study as a foundation for developing a traffic plan to minimize the boat show’s impact for five days, the association stated.

The traffic plan, coupled with parking and transportation plans, creates one of the most efficient transportation efforts in the boat show’s 74-year history, the group says. As a result, the boat show is poised minimize interruption and cause little to no congestion, especially in getting on and off the Rickenbacker Causeway, according to the NMMA.

Highlights of the plan include:

•10,000 parking spaces in downtown Miami, with shuttle and water taxi service to the show.

•Water taxi service to the show at convenient points throughout Miami.

•An additional 3,800 pre-paid parking spaces on Virginia Key adjacent to the show for exhibitors and attendees (nearly double the public parking available to the show when it was in Miami Beach).

•VIP parking on Virginia Key with private car or shuttle service to the entrance and VIP valet parking within the show site.

•Freebee electric car service on call for shuttling to and from water taxi ports and hotels in Coconut Grove, Brickell and downtown areas.

•Guaranteed parking space inclusive of water taxi or shuttle for exhibitors and attendees when purchased in advance online.

“Transportation is a critical component of building a successful new show as it ensures a smooth process for everything from parking and traffic to crowd flow,” said Thom Dammrich, NMMA president.

“The parking, traffic and transportation plan created by the City of Miami and the NMMA, with their more than 74 years planning the Miami International Boat Show in our city, is one of the most traffic congestion-reducing plans we have seen,” she said.

One Response to Traffic dilemma as big events collide