Advertisement
The Newspaper for the Future of Miami
Connect with us:
Front Page » Government » Rents behind AmericanAirlines Arena may rise

Rents behind AmericanAirlines Arena may rise 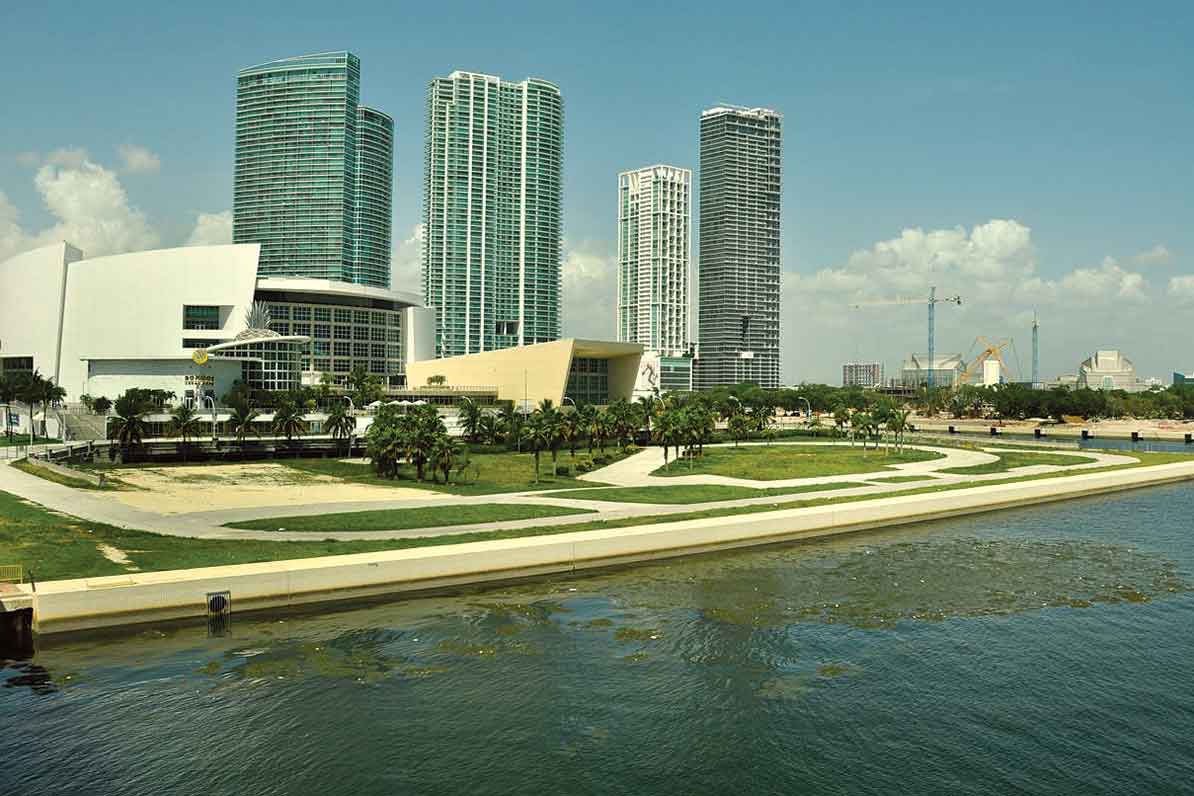 Miami-Dade County officials have tentatively approved higher fees for the use of about 4 acres of waterfront land behind AmericanAirlines Arena. Known as Parcel B, the area is owned by the county and generally used for the staging of events held at the arena, whether they be a concert or a circus.

An appraisal by CBRE, a real estate firm, showed that the county could be collecting about $230,000 a year, or 187% more than what it currently collects, from the fees it charges for the use of Parcel B, according to county records.

The net revenues the county collects from these fees are then allocated to the Miami-Dade parks department.

The Strategic Planning and Government Operations Committee gave preliminary OK to the new fee schedule Tuesday. The approval came after some debate over whether stakeholders have been informed and engaged in discussions on the proposed fee changes.

“Are we including a dialogue beforehand with those with whom we have a working relationship?” asked Commissioner Sally Heyman. “My concern is if we are transparent.”

Miami-Dade issues permits to entities that want to use Parcel B, including to Basketball Properties Inc., which manages AmericanAirlines Arena.

Lester Sola, director of the Water and Sewer Department and former director of the Internal Services Department, told the committee that Basketball Properties Inc. was informed that the fees might change but it wasn’t privy to the proposed numbers.

On Tuesday, the committee approved this fee structure for the use of parcel B:

Commissioner Heyman further took issue with the county voting for the fee rates while CBRE reported a wide range for the possible market value for Parcel B.

“The hiccup here is establishing a fee schedule when our own appraisals were that varied,” she said.

The CBRE report concluded that the possible market value for Parcel B ranges between $7.5 million and $120 million, records show. The variation is partially because the tract comes with a restrictive covenant that limits the uses of Parcel B. The lower end of the appraisal is taking into consideration the covenant’s restrictions and the upper end is the appraisal of the parcel without any use restrictions.

Commissioner Rebeca Sosa, who sits on the committee, argued in favor of the fee changes, saying that it would benefit the county’s coffers.

“Sometimes you rent a home and there comes a time when you have to increase the rent of that home. You have to let the people know who rented the home that they have to pay more,” she said. “The funding received would go straight to the parks department budget, meaning we would have to rely less on the property taxes to pay for it.”

The full county commission also has to sign off on the changes for the new fees to become effective.

Commissioner Daniella Levine Cava said that before the item goes up for a final vote, stakeholders and the county will have about two weeks to explore issues with the new fees.

One Response to Rents behind AmericanAirlines Arena may rise