Advertisement
The Newspaper for the Future of Miami
Connect with us:
Front Page » Real Estate » Multi-use tower would trim parking 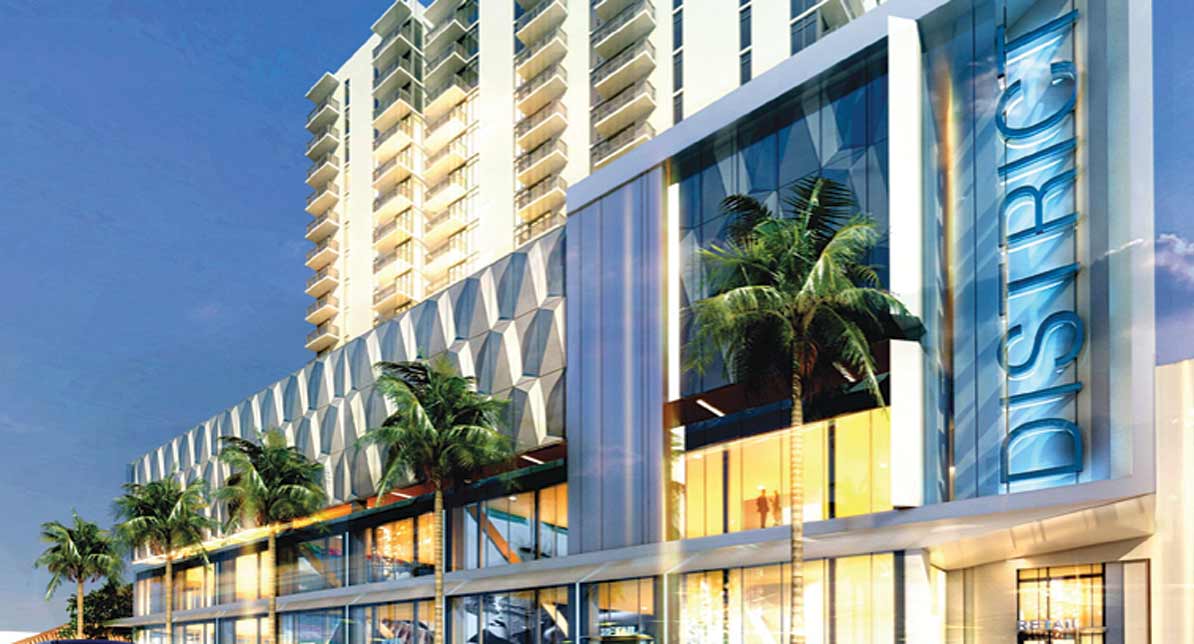 The developer of a mixed-use project that would be a neighbor to the Design District earned a positive recommendation from Miami’s Urban Development Review Board, after being deferred for a month over parking concerns.

It was one of several matters the board heard Jan. 21.

The project was deferred in December for one month by three members of the review board who directed Mack to explore options to increase parking and look at other materials for the façade on the parking levels.

District 36 received a positive recommendation Jan. 21 in part because the developer convinced board members the reduced parking would be acceptable, board members who didn’t attend December’s meeting were present for a vote, and the developer presented several new renderings that highlighted design elements in much more detail.

District 36 is to be 19 stories, have about 197 rental apartments, 66,741 square feet of retail uses, and provide 422 parking spaces, according to Iris Escarra, an attorney representing Mack.

District 36 is considered a connector project because it is on the northern end of Midtown just south of I-195 and the Design District, and close to Wynwood.

Ms. Escarra argued the project could make do with the reduced parking because it’s near the Design District, where lead developer Dacra is building parking structures, and because the site is near public transportation, points she made in December.

Board members Anthony Tzamtzis and Neil Hall had expressed concerns about shaving the number of required parking spots, in particular because the Design District is drawing “hordes and hordes of people,” which led to the deferral.

Architect Jonathan Cardello of design firm ADD Inc., now with Stantec, had argued that the project’s central location, where multiple interesting destinations can be reached on foot, encourages walking.

Board member Dean B. Lewis said last week the project is close to a 12-story parking structure under construction that will have room for 1,000 vehicles. He said that fact justifies the parking waiver.

District 36 is to include 127 one-bedroom units, 67 two-bedroom units and three three-bedroom units, and two complete floors of retail space. The L-shaped building will be positioned on the site in an effort to keep most of the square footage away from the noisy highway, according to Mr. Cardello.

The south elevation is to have continuous retail uses, which then wrap around the corner of Northeast 36th Street and First Avenue.

In December, board members ask the developer to consider other materials for the façade of the parking levels that weren’t so bland.

At the latest meeting the architectural firm had more detailed drawings showing the metal panels in a basket-weave pattern on the parking levels, which earned compliments from some board members.

Haven Peaden of ADD Inc. said the panels are quite reflective and the overall surface changes appearance. “It changes throughout the day. It’s not bland,” she said.

In other action, the board recommended approval of a mixed-used tower for the Omni neighborhood.

The as-yet-unnamed project includes a 36-story tower at 1900 Biscayne Blvd., to include 429 rental apartments and 12,650 square feet of retail space on the ground floor.

The developer is asking for a reduction in required parking by up to 30%, from 718 spaces to 502, according to assistant planner David Snow.

Another waiver request is to allow 81% lot coverage instead of the allowed 80%.

Attorney Ben Fernandez appeared on behalf of owner and developer Atlas Capital Group of New York, which he described as a residential development company.

Mr. Fernandez described the one-acre site as interesting and extremely rectangular. The current land use classification and zoning allows 36 stories by right, he said. With bonuses they could go to 60 stories, but that was not the desire of Atlas, Mr. Fernandez said.

The tower will house 253 one-bedroom units, 149 two-bedroom units and 27 studio apartments. A large amenity deck is planned with a swimming pool, as is a small pocket park.

Board member Gerald C.  Marston said he like the idea of the pocket park.

Mr. Fernandez said the development encourages the use of mass transit, being so close to downtown and just a few blocks from a Metromover station.

Architect Kobi Karp showed the board renderings of the tower, pointing out large glass panels wrapping around the lobby.

The retail will be established along Biscayne Boulevard.

A model was also on display, which earned the praise of Mr. Lewis, who called it an excellent presentation.