Advertisement
The Newspaper for the Future of Miami
Connect with us:
Front Page » Top Stories » Midtown apartment tower heads to approval 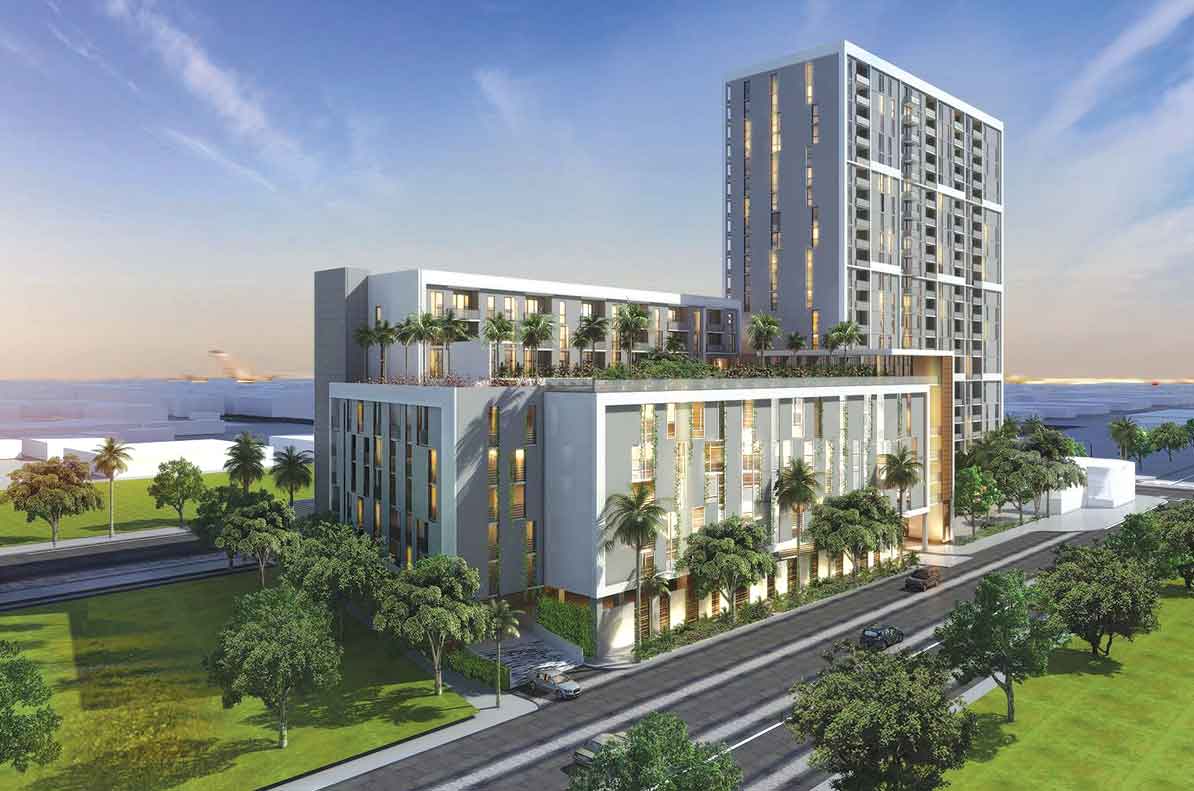 A trio of developers is coming together to create one of the first luxury rental apartment buildings in Midtown Miami.

Midtown 29 is a proposed mixed-use development planned for a site at about 190 NE 29th St. The project won conditional approval recently from the city’s Urban Development Review Board.

The developers have purchased the Genius Jones site and said they reached an agreement to maintain the store. They were “not able to secure” the restaurant property to join that parcel with the rest of the site.

The design board’s recommended approval of Midtown 29 is conditioned on the developer working with planning and zoning staff on how best to incorporate the two “out parcels” – the baby store and restaurant – now and in the future, and come up with “a range of options.”

Board members said now is the time to consider a complete use of the land when it comes to new development of that neighborhood and higher densities being allowed.

“Density of the area is going to go up. To add it now would be good,” said board member Gerald C. Marston.

Neither the baby store nor the restaurant is on a site big enough to develop on its own, stated Mr. Marston. It’s something the design board considers when looking “down the line” of urban growth, he said.

Jon Cardello, with ADD Inc. Miami, said the designers of the building took into account the possible future use of the next door sites.

Another condition of the board’s affirmative vote was the developer trying to add parking.

As proposed, the developers asked to reduce required parking by as much as 10%, which would take the number of spaces from 524 to 472. They also asked for a variance to reduce side setbacks from 30 feet to 27 feet.

The project is to include 309 dwellings in a 20-story tower, about 12,000 square feet of commercial space, and a parking garage. The apartments will be studio and 1-, 2- and 3-bedroom units.

About 17,000 square feet of amenities will include a swimming pool, rooftop barbecue area and movie area, indoor gymnasium, sauna and clubroom.

Mr. Cardello said he is excited to be part of this project, which will “enrich the area’s core.”

The garage will be situated and accessed from the dead-end leg of Northeast 28th Street, as will loading access, he said.

The large amenity deck will be atop the parking garage.

Board member Fidel Perez asked how the garage would be screened.

Mr. Cardello said the plan is for decorative painted stucco panels, in a louver system to allow air circulation.

Mr. Perez asked why developers were asking for reduced parking. Mr. Cardello said based on the size of the units, they believe they are proposing an appropriate number at 472 spaces. Another representative of the developers mentioned that the site is near the Biscayne Boulevard trolley and several bus stops.

Noting that the building is planned as a rental, and based on the location, Mr. Perez said: “You will need all the parking you can get.” He suggested the retail height be altered to accommodate more parking.

“We can study it,” said Mr. Cardello.