Advertisement
The Newspaper for the Future of Miami
Connect with us:
Front Page » Business & Finance » Global shoppers fuel Miami malls 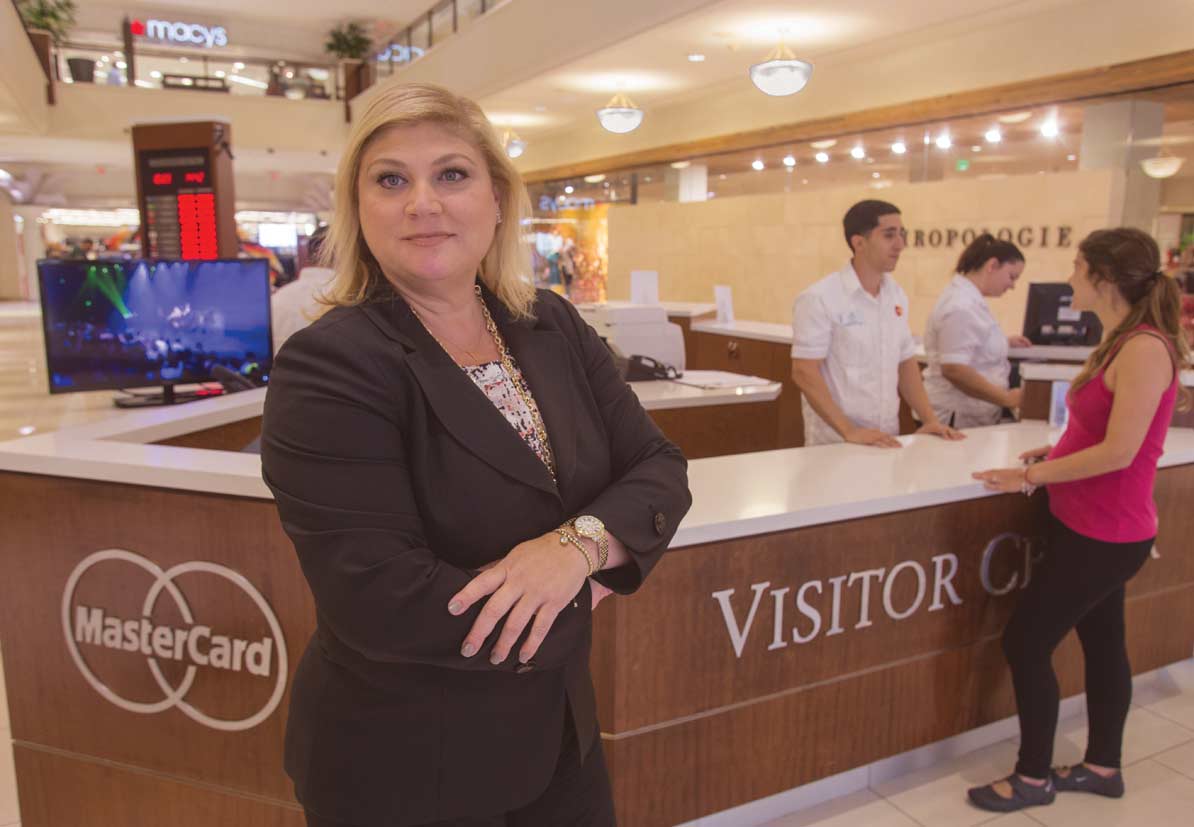 Efforts to cash in on international tourism are paying off for some of the area’s largest shopping malls.

While it’s difficult to get accurate figures, international visitors account for a significant portion of sales at such popular tourist destinations as Aventura Mall, Dadeland Mall, Dolphin Mall and Sawgrass Mills.

An estimated 30%-35% of foot traffic at Aventura Mall is comprised of visitors from other countries, said Anabel Llopis, senior director of sales and marketing.

“In exit surveys, we rank no. 4 in destinations visited,” she said.

While many are residents of South and Central American countries, Ms. Llopis said, as Miami International Airport adds flights to and from new destinations, “we are growing a consumer base from all over the world. A Scandinavian market is emerging, and with Qatar Airways flights just starting up, we are watching that market.”

As a result, she said, Aventura Mall sees several peak seasons in addition to the traditional November through February one, depending on holiday and seasonal patterns in other countries – Brazilians travel during Carnival; others come during spring break or whenever Easter falls.

Dailen Rodriguez, director of marketing at Dadeland Mall, said the Christmas season is the largest draw – and as it does for locals, that now begins with Black Friday.

“Art Basel is important to some of them,” she said, “and also fashion events.”

While all of South and Central America are very strong, Ms. Rodriguez said, “Brazil is by far our No. 1 market. We also see a lot of shoppers from the UK, France, Germany and Canada.”

Brazilians are first in numbers among the international visitors who make up 50%-60% of shoppers at Dolphin Mall, followed by Colombians and Argentines, said Madelyn Bello, director of marketing.

“We have very extensive tracking of our visitors,” she said. “We’re seeing growth from Ecuador and from Chile, which just joined the Visa Waiver Program this year.” The program allows citizens of participating countries to travel to the US without a visa for stays of 90 days or less.

“Most of these travelers have been here before,” Ms. Bello said, “and many come several times a year.”

Luanne Lenberg, vice president and general manager at Sawgrass Mills, said that while Brazil is always very important, the numbers are also increasing from Colombia, Ecuador, Venezuela and Argentina.

“We’re seeing more shoppers from the Caribbean as well, where JetBlue has been increasing flights,” she said, “and more Europeans with additional flights from Europe coming into the Fort Lauderdale airport.”

Among Europeans, Ms. Lenberg said, the winter months are popular for travel. “There’s a strong mini-season from South America in June and July,” she said, “and Canadians visit anywhere between Thanksgiving and Easter.

“More and more South Americans now really understand that because of the great discounts, Black Friday is a terrific time to travel to the US to shop.”

People who travel so far to shop, Ms. Lenberg said, also tend to spend more time and money in the malls they visit. All four malls send representatives to trade shows and form relationships with tour managers around the globe to make their shopping center an integral part of tour packages.

Multilingual marketing materials, signage and staff as well as rewards programs and discount booklets are also universally in use.

Through a partnership with Bags To Go, Ms. Llopis said, Aventura Mall also introduced a shipping service in which shoppers can store their bags and luggage, ship packages domestically and internationally and schedule same-day, local deliveries to home or hotel.

“Often international visitors buy luggage and then fill it up with purchases,” she said.

The opening of the new Metrorail line from Miami International Airport, or MIA, is benefitting Dadeland, Ms. Rodriguez said: eager international shoppers can ride it directly to the mall.

In addition to working with tour operators to bus in shoppers, Ms. Bello said, Dolphin Mall runs its own shuttle bus service throughout the day during mall hours, traveling along four routes: to and from MIA; airport hotels; downtown Miami and Doral. Because Dolphin Mall is only five miles from MIA, she said, travelers with a long layover can spend that time shopping its stores.

“We have a money exchange, Ticketmaster and motorized carts,” Ms. Bello said. “This November we will launch Send It Home, a shipping service to countries anywhere in the world.”

Sawgrass Mills executives are very active in state tourism efforts, said Ms. Lenberg, who serves on the board of Visit Florida. As a result of many years of such efforts, she says, Sawgrass Mills has very strong name recognition – though some know it better as Alligator Mall. Its layout resembles an alligator.

“We’re also seeing a great increase in the foreign international traveler (FIT) market,” she said, “an outgrowth of having such a strong tour market development approach.”