Advertisement
The Newspaper for the Future of Miami
Connect with us:
Front Page » Top Stories » Turkish consul targets Miami-Istanbul flights 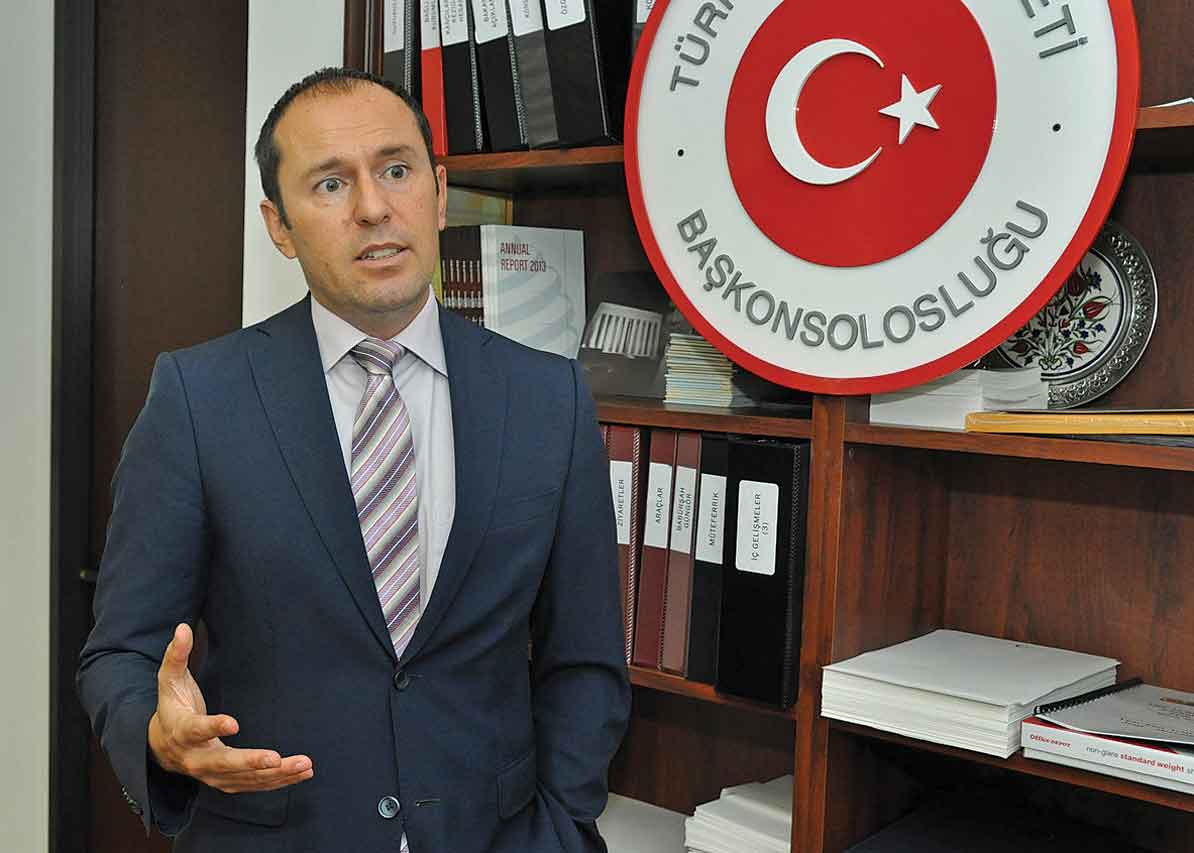 Just over a month ago, Miami welcomed a new consul general of the Republic of Turkey in Miami, Özgür Kývanç Altan.

The past five weeks have been hectic, but a lack of permanent offices hasn’t slowed Mr. Altan and his small staff of six. Right now the Turkish consulate is at 800 SW Eighth St. in Brickell on the 28th floor, but in a few months they expect to move down one level to permanent, newly renovated offices on the 27th floor.

About 20,000 Turkish citizens are in the state, many concentrated in South Florida. In Miami-Dade most Turkish citizens reside in Miami Beach or the downtown area, Mr. Altan said. Outside of establishing and moving into a permanent consulate, Mr. Altan hopes to expand trade relations between Miami and Turkey, strengthen development relations, continue developing the shipping and boating trade and establish a direct flight between Miami and Istanbul.

The consulate also intends to act as a beacon for the Republic of Turkey in Miami and a point of contact for Turkish citizens who need passport or other help while in Florida.

A direct Turkish Airlines flight between Istanbul and Miami is a major point for Mr. Altan and his team, and just the beginning to reinforcing pathways between the two hubs. A direct flight would facilitate easier economic and trade missions between the two, with Greater Miami and Florida delegations having easier access to Turkey and vice versa.

In addition, a trip on Turkish Airlines is always a pleasure, Mr. Altan said. “I’ve known other diplomats to say that, particularly in their hardship posts, they know they are back to home comfort already once they step onto a Turkish Airlines plane,” he said.

With the majority of its borders as coastlines, Turkey is known for its yacht production, sea trade and development of deepwater ports. In addition to strengthening that trade, Mr. Altan hopes to tap into another very Miami industry – architecture and interior design.

“Turkey has many beautiful stones and rock for design that would do very well in Miami,” Mr. Altan said.

On a foreign policy front, Mr. Altan says he is hoping to bring awareness to Turkey’s efforts in the Middle East, particularly the work Turkey has done in welcoming 1.5 million Syrian refugees. That process has cost Turkey $4 billion but it’s worth it, Mr. Altan said.

“Often there are complaints that Turkey isn’t doing anything to help, but we are, people just don’t talk about it,” Mr. Altan said.

A veteran of the Turkish foreign ministry, Mr. Altan had a window of opportunity back in July to accept a post in Miami. What did he do? “I frantically called my wife and she said yes,” he said.

A little over a month ago, Mr. Altan and his family moved to the Cocoplum area in Coral Gables. Mr. Altan’s wife Aslý has a Ph.D. in linguistics and teaches Turkish as a foreign language. Their 6-year-old daughter Alya has just started first grade here in Miami.

Before the consulate was established, a commercial office of two persons in Brickell worked as an ambassador to market Turkey and maintain current Turkish-Miami relations. In the coming year or so, Mr. Altan hopes to bulk up the team at the consulate to 25 staffers.