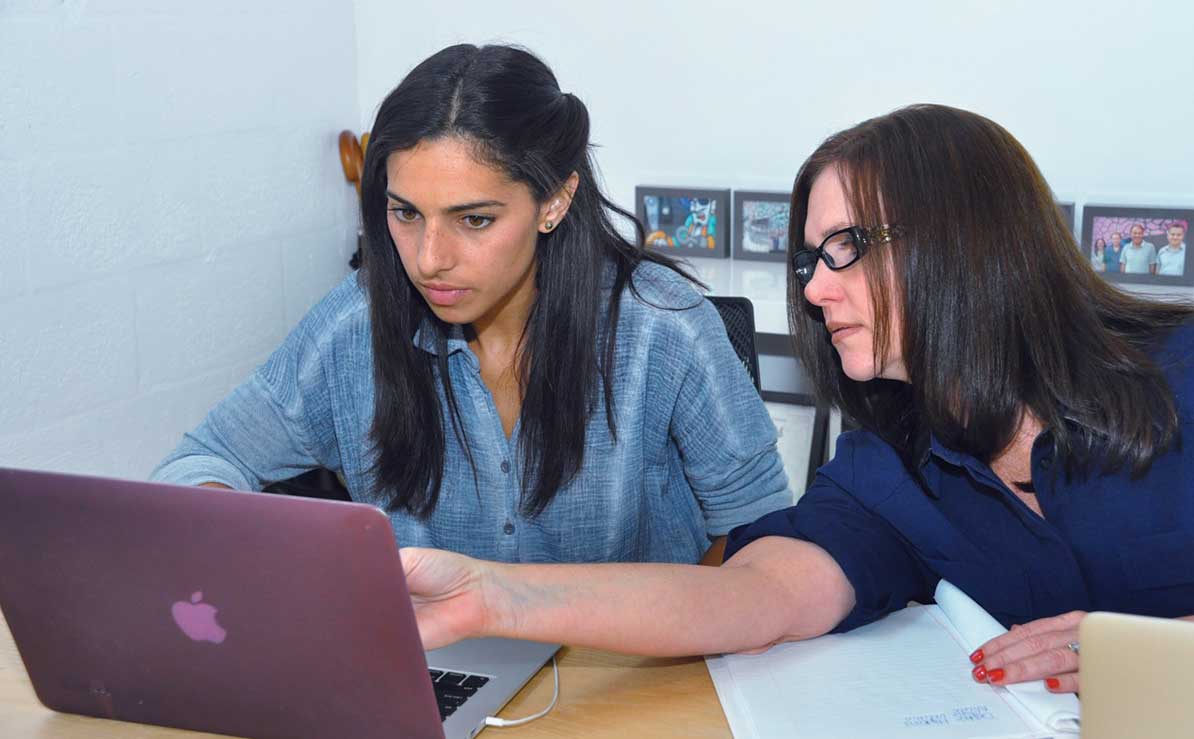 For startups and established international tech companies, Greater Miami’s growing tech industry can offer comparable quality talent at a discount of 2 to 2.5 times. For two international tech companies, establishing a primary US office in Miami made sense because of proximity to their European headquarters, potential access to South American markets and cheaper operating expenses.

The Genie Lab, a UK-based site creation and management company for e-commerce companies, and PWRstation, a Switzerland-based portable solar panel company, both have found their US footing at the LAB Miami, a co-working space in Wynwood.

And while Miami may have seemed like an untraditional option for a tech office, at the moment establishing an office in South Florida made a lot of sense.

Genie Lab management first began to look at a potential US office site because of the largest e-commerce retail market here. At first Genie Lab CEO Fredy Dellis and his team took an opportunity to travel to San Francisco and learn more about the US tech space.

After about a week, it was clear that the US market would be a great next move for Genie Lab. But with a decision to move came those inevitable questions: what’s the cost of operations in the US and where would the startup find the right talent pool?

“Rapidly it became clear that, yes, Silicon Valley was an ideal local. But it was extremely expensive, especially in terms of getting the talent,” Mr. Dellis said.

In opening its first US office, the Genie Lab was looking for senior developers with about five years of experience. While more traditional tech hubs like Silicon Valley have a wealth of available talent, demand drives up cost.

“I was quite astonished at the high cost level over there. For a senior developer, the cost in Silicon Valley compared to Miami was 2 to 2.5 times as high,” Mr. Dellis said.

Another characteristic of Silicon Valley is that while the employee pool is extremely gifted, it’s rather young.

“It is an extremely competitive scene, and you get those people who will pay a lot of money. With a younger pool, there is the additional cost of turnover,” Mr. Dellis said.

The question then became, if not California, where? He decided to look at Miami, where he had been since 1990. Although it was an untraditional option for tech, in the past few years it has become more tech-friendly. A huge incentive is that while the available talent pool is smaller, it’s much less expensive.

“Having known Miami over the last 10 to 15 years since I’ve been living here, I’ve seen over the last three to four years an amazing change in the world of tech,” Mr. Dellis said. “You find the right kind of conferences, meetings that give you the opportunity to be exposed to what is happening in the world.”

In additional to cost-efficient developers, operations and rent are also reasonable and cheaper than in Silicon Valley.

Miami’s location also is another positive. For UK-based Genie Lab, being on Eastern Standard Time as opposed to Pacific Standard means that both offices can share part of the same work day because the time difference is only five hours. On the West Coast the eight-hour time difference would make coordination slightly more difficult.

An obvious benefit to being located in Miami is, of course, proximity to Latin America.

“Miami, being the capital of South America in terms of business,” Mr. Dellis said, “a lot of the tech people inevitably pass through Miami from South America and that helps, and in fact incentives creating a tech world here not only for the States but also specialized for Latin America.”

One obstacle to being located in Miami is that Genie Lab’s clients aren’t concentrated in South Florida. And while site hosting and troubleshooting is easy enough to accomplish remotely, travel is required. At the moment those costs are offset by savings on employees and operations.

If the e-commerce retail industry grew in South Florida, or more medium- and large-sized companies moved their headquarters here, that would help incentivize growth on the tech side.

“It’s always easy when you’re in a community like New York or Chicago where next door you can find a lot of big decision-makers of the type of businesses we’re looking for,” Mr. Dellis said. “But certainly, looking at all the positives and all the little negatives, the conclusion at this stage is that Miami is certainly a good place to establish the kind of business that we’re doing.”

For PWRstation, travel costs aren’t a huge factor, even though most of the company’s US clients are in the Southwest.

“For us, the world is so big, but it is also so small and we know that there were going to be some challenges with creating a PWRstation office here, but it didn’t stop us. After all, Florida is the Sunshine State,” said Ludovic Roche, CEO Americas for PWRstation, a Switzerland-based solar panel company.

Available talent, local interest in solar and funding sources all create a good environment for PWRstation.

“Miami has a lot of resources, there is a lot of capital inclined to invest in startups. There has been a tendency to invest in real estate, etc., and there are a lot of risks involved with startups, but there are enough people who want to see change,” Mr. Roche said.

PWRstation has taken advantage of its Miami location and recruited local talent. The company has interns from the University of Miami.

“The interns are really great talents with an understanding of the industry,” Mr. Roche said. One of the interns will be graduating soon and at that time, PWRstation will be in a position to hire, he said.

“With the younger generation, the talent currently at the university level has an extreme interest in renewable energy as a whole,” he said. “I think our talent is going to come from local universities.”