Advertisement
The Newspaper for the Future of Miami
Connect with us:
Front Page » Real Estate » 647-unit Edgewater tower gets OK 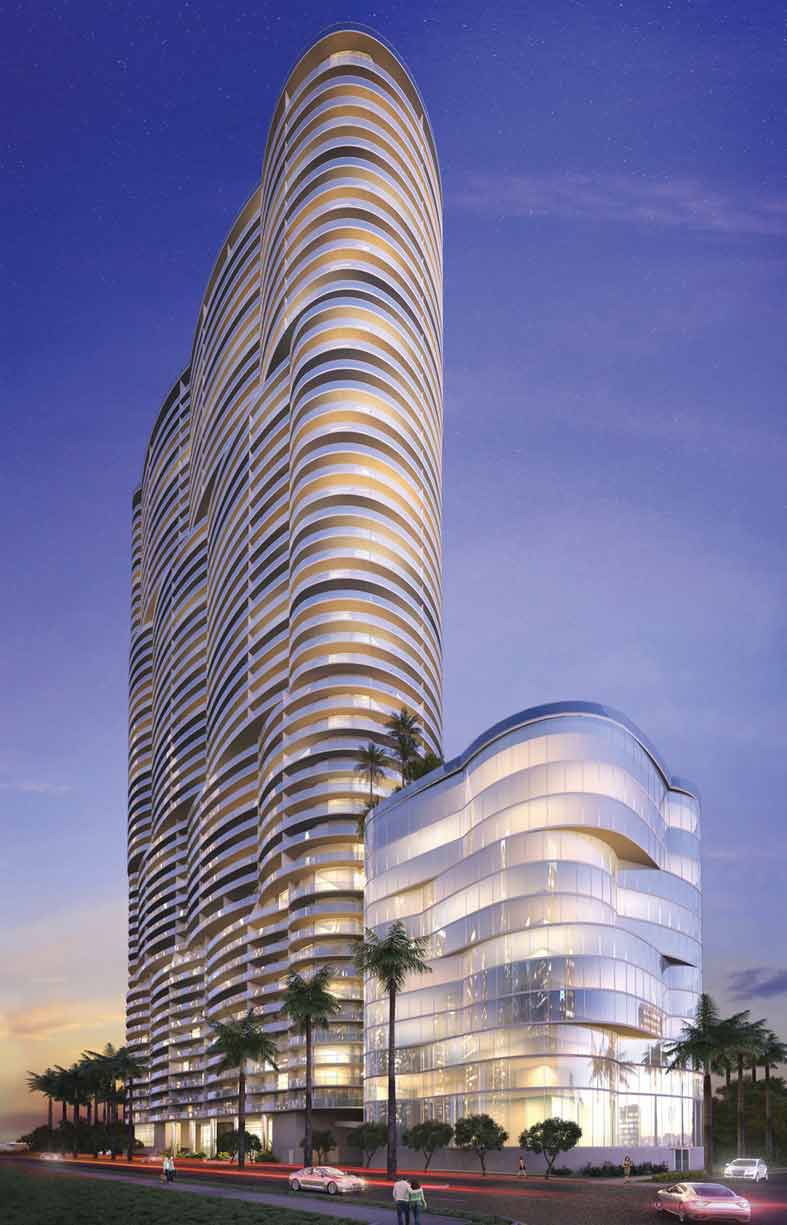 The Melo Group plans to bring hundreds of condos to the waterfront in theEdgewater neighborhood.

Aria on the Bay will begin construction in early 2015 and bring 647 units to the high-profile site at 1770 N Bayshore Drive.

The city’s Urban Development Review Board approved the project Sept. 17.

Iris Escarra, an attorney representing the developers, told the board a similar project had been planned for the site and was approved via a special use permit in 2006 under the former zoning code.

It was necessary to approve the new plan, which has several changes, she said. They requested an amendment to the original special use permit.

The architecture, interior design as well as the landscaping of the residential tower will be handled by Arquitectonica, led by Bernardo Fort-Brescia.

The loading area has been concealed in the newest plan, said Mr. Fort-Brescia.

Because the site is in a flood zone, the development needs to be elevated 11 feet, he said, which shows up as broad steps from Bayshore Drive to the first floor.

The tower is to feature 1- to 4-bedroom “grand residences” with private elevators, 9-foot high ceilings, and terraces up to 11 feet deep.

The tower is to rise right across the street from the city’s Margaret Pace Park.

The developers anticipate completion in summer 2017.

One Response to 647-unit Edgewater tower gets OK