Advertisement
The Newspaper for the Future of Miami
Connect with us:
Front Page » Top Stories » Commercial, industrial loan pool grows 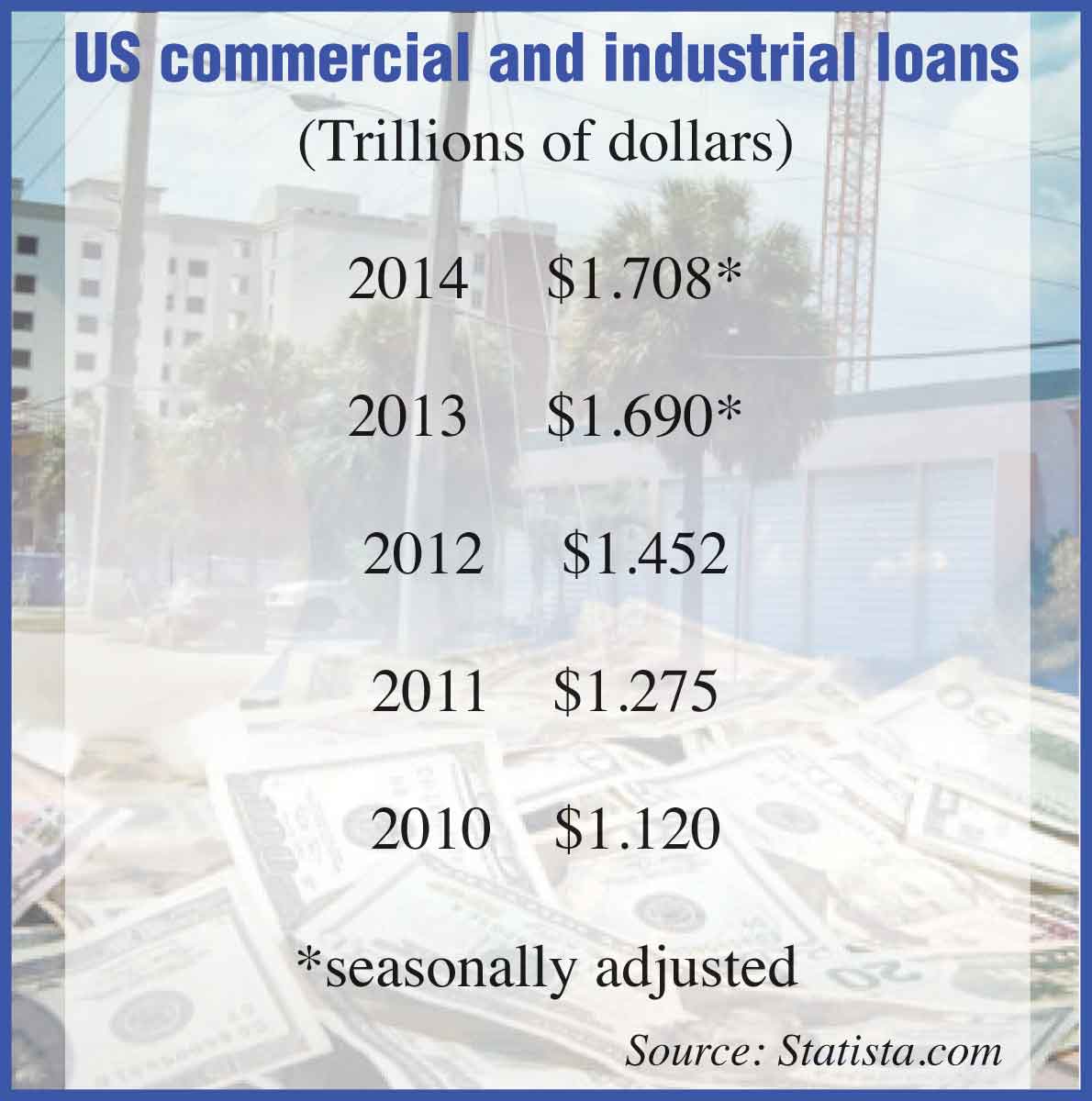 As commercial and industrial lending continues to increase, some Miami bankers wonder if the industry might lending its way into trouble.

They say competition has heated up as South Florida lenders, hurt by the residential real estate collapse several years ago, have been focusing more on the commercial and industrial realm, also making them more likely to take risks to win new business from those sectors.

“I’m starting to see where other banks are loosening their guidelines,” she added. “It’s a very competitive environment.”

Nationwide, commercial and industrial loans grew 12.6% in the second quarter, compared with 5.9% a year earlier, according to US Federal Reserve data released last month.

A January survey of senior bank loan officers by the Federal Reserve found that 14% of banks had relaxed their standards for commercial and industrial loans to borrowers of all sizes in the fourth quarter of last year and no loan officers reported tightening their standards, according to the Wall Street Journal.

With a lingering lackluster environment for residential mortgage lending, banks naturally are focusing more on the commercial sector.

The increase in loans to businesses is being fueled by banks sometimes loosening their lending standards and by companies seeking more money to increase spending on workers and equipment, bankers say.

“Banks are putting more into the commercial side,” Ms. Flores said, “because there’s much more money to be made now in commercial lending.”

But the lessons of the financial crisis, bankers say, should not be forgotten.

“Some banks are being very aggressive with their underwriting standards,” said Jose Vazquez, senior vice president and director of commercial banking in Florida for Popular Community Bank.

“I do caution those out there who are loosening their standards in having a short-term memory and the effect that could have on their business in the future,” Mr. Vazquez said. “We’re not doing that.”

“When values plummeted” in the real estate crash “a lot of banks were left with land and buildings worth half of their loan amounts,” she said. “What concerns me” with those loosening standards “is that it [the crash] didn’t happen that long ago.”

All the while, Mr. Vazquez said, interest rates are at historical lows, so many companies are eager to lock in loans now before rates go up, which regulators and economists expect as the Fed tapers its bond-buying program. The Fed has said it plans to end the program in October, capping an era of loose monetary policy that has helped keep interest rates low.

“A lot of people are taking advantage of the economy and are locking in rates,” Mr. Vazquez added.

In Miami, part of the increase is being driven by commercial residential lending for the many high-rise condominium towers and apartment complexes being built or planned in the downtown area.

“There’s a lot of demand for multifamily housing,” Mr. Vazquez said. “Some banks are heavily into construction lending.”

Still, banks aren’t approaching commercial construction lending without some safety net in the form of greater financial contributions upfront from developers, who are relying more now on raising money in advance from pre-construction sales of units.

“Banks want to make sure developers are putting their money at risk before our own,” Ms. Flores said.

Several years ago, as other banks were holding back on lending in the aftermath of the financial crisis, First National Bank made a strategic decision to go after more business, especially commercial loans, Ms. Flores said.

“We’re seen an explosion” in commercial lending “in the medical community,” she added. “Doctors are building their own offices, instead of leasing them from other people.”

However, she added, First National avoids loan-to-value ratios (the amount of loan to the value of purchased assets) of more than 70%, although she has seen some banks lately going up to 80% to 85% ratios, raising concerns about excessive risk.

Popular Community Bank, with a local headquarters in Miami Lakes, also has been seeing increases in commercial lending.

“We’re seen a significant improvement from last year across all lines of business in the commercial area,” Mr. Vazquez said. “A lot of that is real estate driven, but we’re also seeing [an increase in] middle market and small business loans.”