Advertisement
The Newspaper for the Future of Miami
Connect with us:
Front Page » Business & Finance » Park Grove towers to rise in first quarter 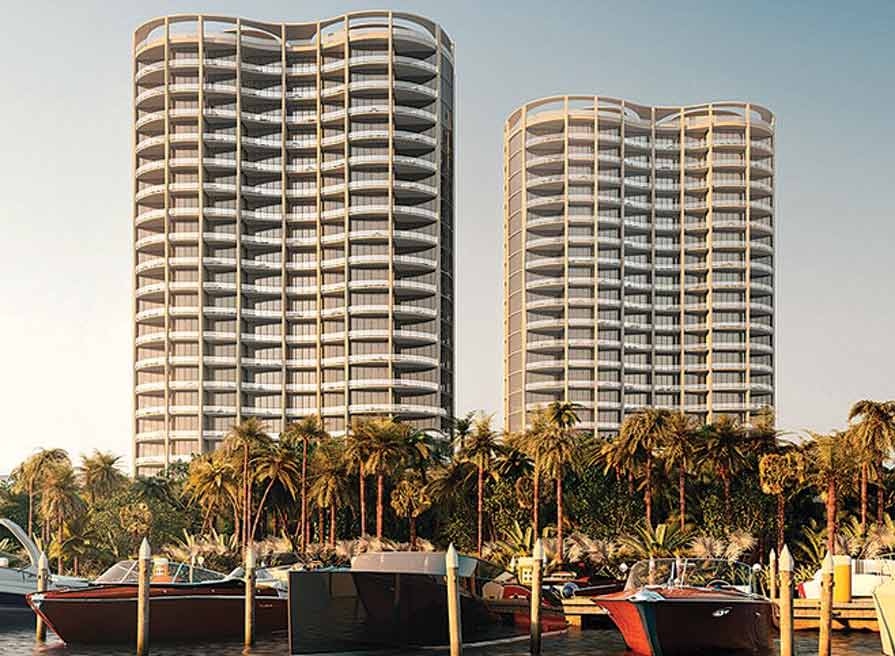 Two notable development firms in Miami have assembled an impressive team of architects and designers to transform an important cornera of Coconut Grove into the destination for bayfront living.

It’s called Park Grove, and it will bring just shy of 300 residences to the oldest community in South Florida. The units will rise in three towers on South Bayshore Drive.

Bringing life to the Park Grove concept are Terra Group and The Related Group.

Just the fact that these two powerhouse developers have combined forces on the large project takes it to another level, according to David Martin, Terra Group’s chief operating officer.

“The joint venture of Terra and Related has capitalized the project,” Mr. Martin said.

And he’s not shy when boasting about the pool of talent behind the mixed-use development.

“This is a design-driven residential master plan with three of the most important thinkers and architects of our time, Rem Koolhaus, William Sofield and Enzo Enea,” said Mr. Martin.

The finer points of the development are being honed currently, he said, and the sequencing of construction is under development.

Construction will commence in the first quarter of 2015, Mr. Martin said.

The work will bring a new and smaller office building for Coconut Grove Bank, which has made that corner its home for many years.

Overall, the project includes three residential towers, the new bank and a multi-level clubhouse designed like a spiraling stack of pancakes with public amenities. Two of the towers will offer “luxurious” residences, while the third will have less high-end units.

Developers plan to “green up” the site and will build these new structures among a park setting.

The land is about 6 acres at 2701 S Bayshore Drive, bounded by Southwest 27th Avenue, Tigertail Avenue and Mary Street.

The site has already seen changes with the installation of a construction perimeter fence and the opening of a sales office in the seven-story bank building.

The first phase is to include construction of the new bank, while the bank continues to operate from its current building.

The site is across from what used to be the Coconut Grove expo center. The large structure was demolished within the past year, and city planners are working toward reviving the land as a large open green space to be called Regatta Park.

Promotional materials printed for the developers show the expansive green park within steps of the planned towers of Park Grove.

Shohei Shigematsu, an architect and a partner with Koolhaus’ Office for Metropolitan Architecture, said the design team has taken into account the distinct neighborhood of Coconut Grove, tapping into its sense of community.

The original site plan was fairly dramatic, including construction of six slender towers spread over the property. That design presented problems with views from the proposed new towers and impacted the view of neighboring properties, said Mr. Shigematsu.

Current zoning could have allowed 761 residential units, the developers said, but Park Grove is designed as 298 units.

The buildings will have recessed lobbies, with exterior-like gardens all around – a buffer of nature, designers said.

The clubhouse will offer a library, gallery, spa, fitness center and dining. A public walkway is to be built along the site’s southern edge.

When the development was approved in March by the city’s Urban Development Review Board, members called the project “fantastic” – not just for Coconut Grove but for the entire city.

The vertical columns of the towers are curved and more of a “natural shape” to offer a less artificial feel, designers said. The design is to offer a more organic feel.

The plinth – a block or slab on which a pedestal or column stands – is designed to mirror the property’s existing topography, which includes a soft slope down toward South Bayshore Drive. It has the look of a large flying carpet wrapped around the outer edge of the buildings and will offer shading and shelter from the elements.

One Response to Park Grove towers to rise in first quarter