Advertisement
The Newspaper for the Future of Miami
Connect with us:
Front Page » Business & Finance » Bayside Marketplace to revamp, expand 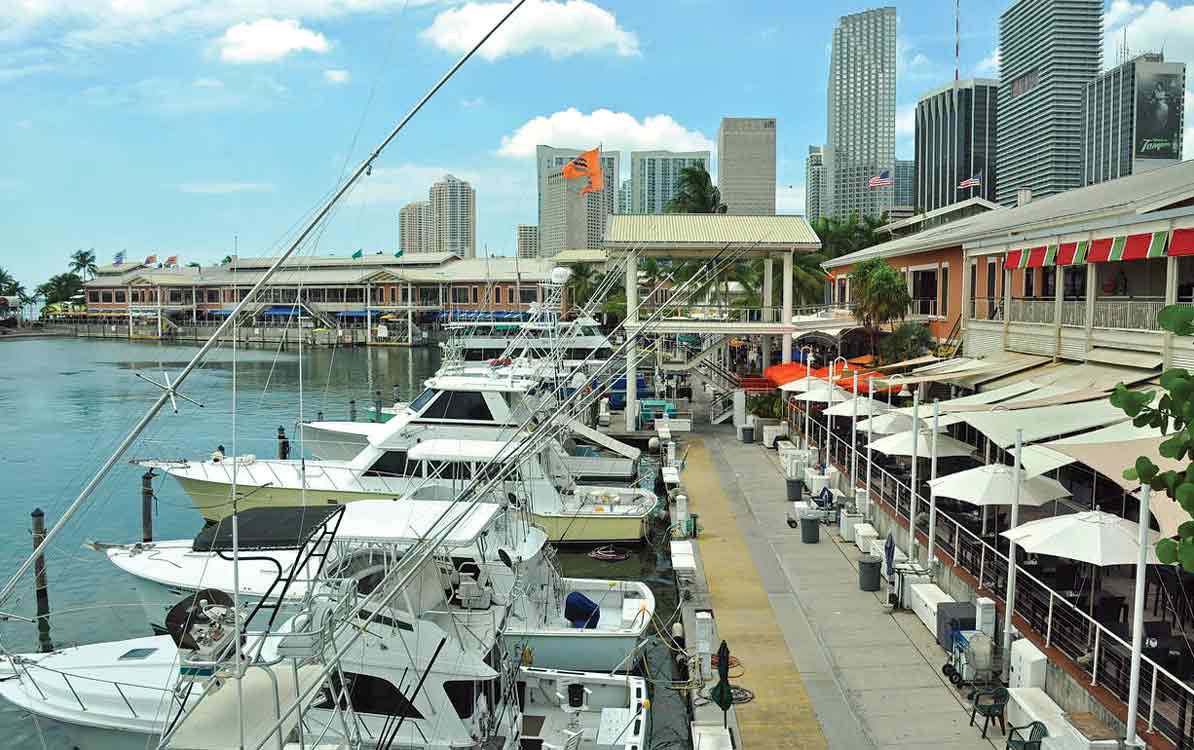 The move to build a 1,000-foot observation tower on Miami’s waterfront could be the catalyst for a major upgrade to Bayside Marketplace.

Part of the money would expand and improve existing parking garages adjacent to the market.

In addition, Bayside would add about 17,000 square feet of new retail floor space and a new walking environment on the street side – the additional retail would face Biscayne Boulevard while the current marketplace is mostly oriented toward the bay.

The star of the show in these new leases and subleases is SkyRise Miami.

The $430 million tower looks like a capital “R” as it slopes back toward the area of the Hard Rock Cafe. The tower would rise on land that is now Hard Rock’s parking lot.

Bayside Marketplace leases the nearly 17 acres of city-owned waterfront, and SkyRise Miami would sublease about 1.85-acres for the tower.

The city stands to benefit greatly financially from the proposed deal. Minorities would also benefit and see new opportunities arise if all the pieces fit into place.

A major step was achieved with the vote of city commissioners June 26 approving the new leases and subleases.

The next big hurdle is gaining approval from city voters in an Aug. 26 referendum.

The current Bayside leases have about 46 years remaining. The new leases would extend the term an added 53 years. This includes a lease for associated parking garages.

If everything is approved and voters favor the plan, the city is in line to get a one-time payment from Bayside of $10 million, plus 3% of the first $125 million in refinancing for a total payment of $13.75 million.

The city isn’t giving up more land than what is now leased to Bayside – the footprint remains the same. The new leases increase the allowable height and square footage needed to build SkyRise Miami and the added parking to accommodate the anticipated increase in visitors.

The yearly minimum guaranteed rent to the city for both the retail and parking components of Bayside Marketplace and SkyRise Miami would total $3,515,082. Today, Bayside pays $1 million a year in minimum base rent for the prime waterfront location.

In exchange for extending the garage lease by 53 years and the right to build more parking spaces, the current annual minimum base rent of $10,000 would increase to $916,920 and the percentage rent calculation will be changed from a percentage of the developer’s profits to 15% of the gross revenues above a breakpoint of $6,112,800.

Part of the lease between the city and Bayside is the Minority Participation Agreement. In part, it required creation of a foundation to administer loan guarantee programs for venture capital loans to minority business enterprises, create a vocational/educational scholarship fund for minorities and provide technical assistance and resources to local community development corporations engaged in economic development of minority business enterprises.

The Miami Bayside Foundation Inc. was created as a result of the original agreement in the early 1980s and called on Bayside to contribute the greater of 10% of the Net Income Available for Distribution, as defined in the lease, or $100,000 a year. The new lease and agreement would do away with the calculation of the Net Income Available for Distribution and require Bayside to make an annual payment to the foundation of $350,000, with annual increases of 2%.

According to city officials, Bayside and SkyRise Miami LLC also have each promised to contribute $100,000 a year to the Liberty City Revitalization Trust Fund, for economic development in the city’s poorest district.

The final version of the new minority agreement also specifies that at least 50% of the renovation work would go to minorities, who would be paid $10.58 to $11.83 an hour. Bayside agreed to seek these workers initially from the five area zip codes with the highest unemployment rates.

Voters will be asked if the city should extend the existing leases from 46 to 99 years with Bayside Marketplace LLC, conditioned on the increased lease payments to the city, the promise of a minimum of $27 million in improvements to Bayside, increased parking, increased contribution to the minority foundation, and development of the privately-funded observation tower.

Berkowitz Development Group estimates 3.2 million visitors a year to SkyRise Miami, which would make it the largest attraction in South Florida and fifth largest in Florida.

The targeted opening for SkyRise is late 2017.