Advertisement
The Newspaper for the Future of Miami
Connect with us:
Front Page » Business & Finance » Credit card chip deadline looms 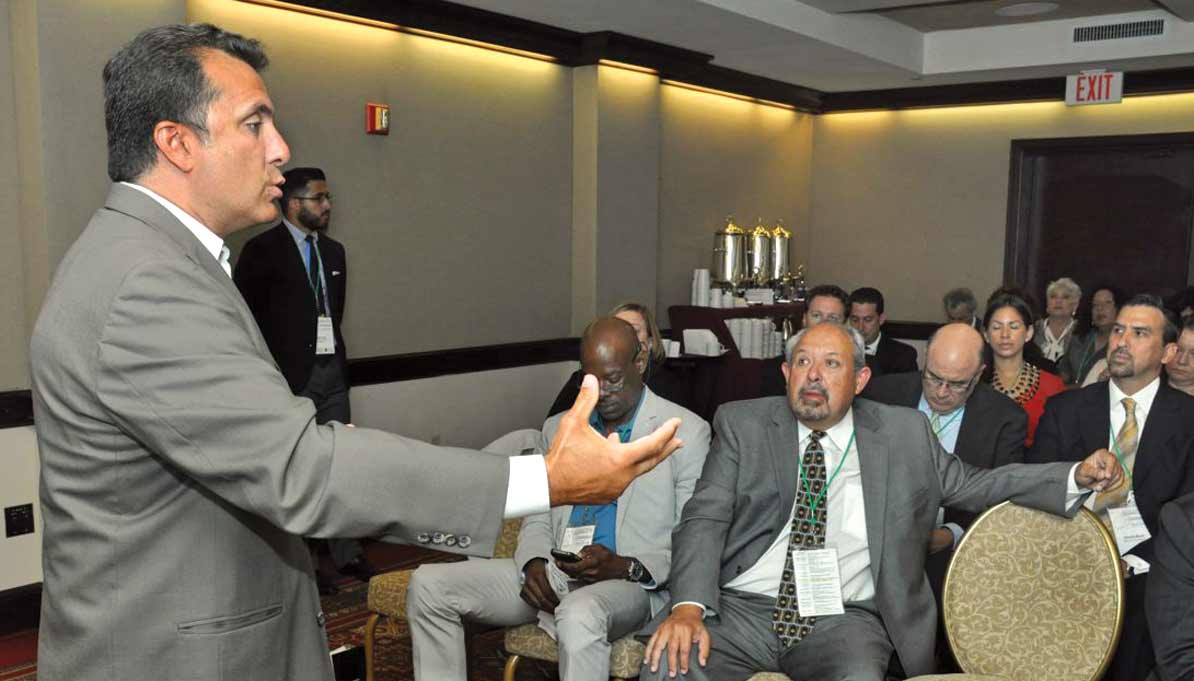 Two former credit card company executives are warning Miami’s business community to be prepared next year to handle a new credit card chip technology designed to stop fraud or be ready to suffer the potential consequences.

Beginning Oct. 1, 2015, major card payment networks such as American Express, Visa, Master Card and Discover will hold merchants responsible for any credit card fraud if they don’t have terminals that process cards with the chip technology.

Eldred Garcia and Alfredo Perez, two former Visa executives, formed EMV Miami to make banks and merchants aware of the changes and provide them with training and other services to be prepared.

They appeared this week before the Banking and Finance Committee workshop at the Greater Miami Chamber of Commerce’s annual Goal Conference to discuss the issue.

“Without this technology,” Mr. Garcia told the group, “merchants will have to absorb all of the [credit card] fraud at their stores.”

Mr. Garcia said the US is behind Latin America and much of the world in having a credit card system geared to the new chip technology, so fraudsters will naturally focus on US cities such as Miami, raising potential liabilities for merchants after the deadline.

He said merchants in Miami and elsewhere also face losing some business from consumers who can’t use their chip cards at their current terminals.

The chip technology reduces credit card fraud by 40% to 67%, according to Mr. Garcia.

The new terminals generally aren’t as expensive as the older terminals, he added.

He and Mr. Perez were accompanied by Robert Villanueva of the US Secret Service in Miami, who backed up their statements.

Mr. Villanueva said a lack of chip card payment systems in the US has identity thieves overseas focusing here and Miami already is “the fraud capital of the US.”

“This is coming like a Tsunami,” he warned. “All of the fraud is coming our way.”