Advertisement
The Newspaper for the Future of Miami
Connect with us:
Front Page » Communities » Ocean Drive tour buses face a battle

Written by Lidia Dinkova on May 28, 2014
Advertisement 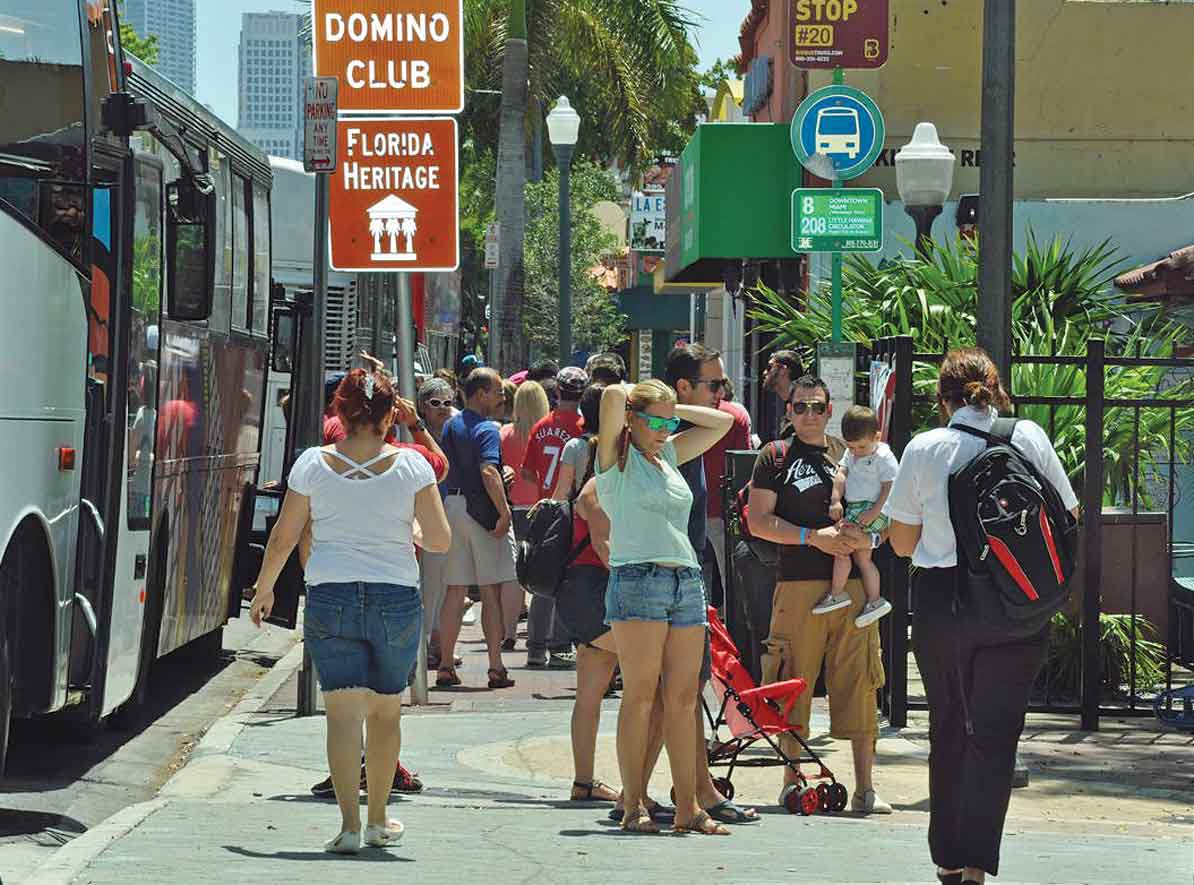 To deal with the high demand from the sightseeing tour-bus industry to stop on Ocean Drive, Miami Beach might issue a competitive solicitation for the right to stop on the street popular with tourists.

The city might issue an invitation to negotiate, or ITN, for one or more companies to stop on Ocean Drive, Jose Gonzalez, city transportation director, told Miami Today.

The competitive solicitation would pertain to hop-on/hop-off tour buses – those that stop at various points in the city to let off tourists – and not to sightseeing buses that run on a closed loop. Currently, of the five companies that operate in Miami Beach, three are hop-on/hop-off tours, Mr. Gonzalez said.

No companies are allowed to stop their buses on Ocean Drive, but a company that has a Miami-Dade County permit may stop its buses at Miami-Dade Transit stops, city staff said.

Through an invitation to negotiate, a “fairly general scope” of services would be presented and staff may simultaneously negotiate with the companies that applied, Mr. Gonzalez said.

“The ultimate goal for the ITN is to designate areas where these companies can load and unload and that would be through a concession with the city,” he said. “There’s a lot of interest by the industry to stop along Ocean Drive. This concession agreement would allow a company to do that under a contract with the city.”

In early May, the Miami Beach Neighborhood/ Community Affairs Committee gave preliminary approval for the city to request proposals – an RFP – that would give the right to one or more tour-bus companies to stop on Ocean Drive. After consultation with the city’s procurement department, the request changed to an invitation to negotiate.

“The end goal is the same, whether it’s an RFP or an ITN, and that goal is to regulate the use of loading and unloading zones along Ocean Drive,” Mr. Gonzalez told Miami Today.

Miami Beach staff has also been studying regulations the city might craft to regulate the sightseeing bus-tour industry. Attorneys told the city’s neighborhood committee in early May that drafting such regulations might take staff more time, as they must be abundantly cautious.

“We can regulate as long as we have some sort of nondiscriminatory regulations in place,” city attorney Debora Turner told the committee. “What we can’t do is anything that would restrain competition, because other cities have gotten in trouble for doing that.”

Duck Tours sued the City of Key West and a judge ordered the city to pay a multi-million dollar settlement, Miami Beach attorneys told the committee.

The Miami Beach commission will have the final vote on whether to issue the invitation to negotiate for Ocean Drive hop-on/hop-off sightseeing bus-tour stops.