Advertisement
The Newspaper for the Future of Miami
Connect with us:
Front Page » Top Stories » eMerge Americas Techweek a huge lure 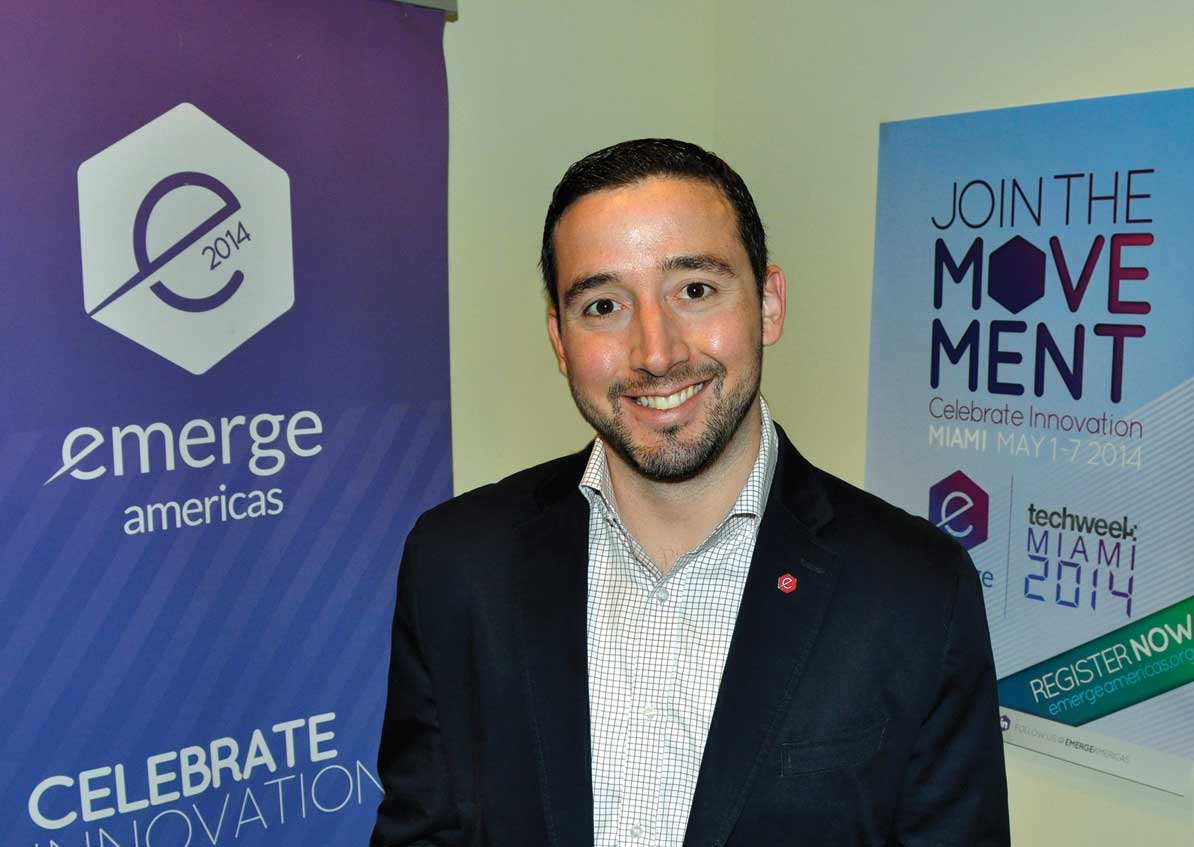 Put on by eMerge Americas and the Technology Foundation of the Americas, the May 1-7 convention will see a variety of tech-centered events, from a Hackathon to speakers from all corners of the tech world, each focused on highlighting the opportunity for cultivating a technology industry in Miami.

Now is the prime time for drawing the technology sector to the area, and the upcoming Techweek will showcase Miami’s readiness and willingness to move in that direction, said eMerge Executive Director Xavier Gonzalez.

“What the event reflects is the maturity of the tech ecosystem here is South Florida,” Mr. Gonzalez said.

“Why now? Well… the first thing is that Miami has organically begun to really develop a tech ecosystem. That started 18 months to 2 years ago and it started with critical parts of this community beginning to invest in and support the tech space,” he said.

While ticket sales have been going well, because it’s the first event of its kind in Miami, for eMerge this year will set the standard for those to come.

“We’re getting more and more registrations every day. The sales are going great, but we will be accepting registrations at the door,” Mr. Gonzalez said. With its kickoff exposition, eMerge wants the conference and all satellite events to be as public as possible. When the mantra of the week is to spread the word about tech and tech opportunity in Miami and South Florida, inclusion is key.

“It’s very important that this be open to as many people as possible. We don’t want to cut people off from that community of eMerge Americas Techweek. [We want to] really build on that for following years to really make this an annual event that puts Miami on the map as a tech hub,” he said.

The conference expects several thousand participants and exposition goers from around the world. Because the event is positioning Miami as a hub for the Latin American tech market, eMerge expects members of the North American and South American tech sectors to attend and learn about how to leverage that growing – or “emerging” – market, Mr. Gonzalez said. Most attendees will be filling hotels on the beach, he said.

Tickets range from $55 for exposition access to $1,350 for full VIP access to all events and can be purchased online at eMerge’s website. The exposition in the Miami Beach Convention Center May 5-6 will feature a range of speakers addressing the areas of impact technology can have on lifestyle, urban development, education, health care and more. Earlier in the week come events like the Tech Olympiad, Mayoral Summit and Hackathon.

“We have more than 150 speakers, we have more than 200 participating companies and we have more than 100 startups coming to event. This will quite possibly be the most significant tech event that has ever occurred in South Florida,” Mr. Gonzalez said. “There is definitely a lot of activity going on here as we get to the final stretch.”

While the event officially wraps up May 7, it’s viewed as just the kickoff for the continual growth of the technology sector in Miami.

“For us it’s a long-term view, it’s not about a once-a-year event. It’s not about just May 1-7,” Mr. Gonzalez said. “It’s about the long-term vision of establishing Miami as a tech hub for Americas.”

One Response to eMerge Americas Techweek a huge lure