Advertisement
The Newspaper for the Future of Miami
Connect with us:
Front Page » Communities » Plan rolling for Miami’s grand promenade 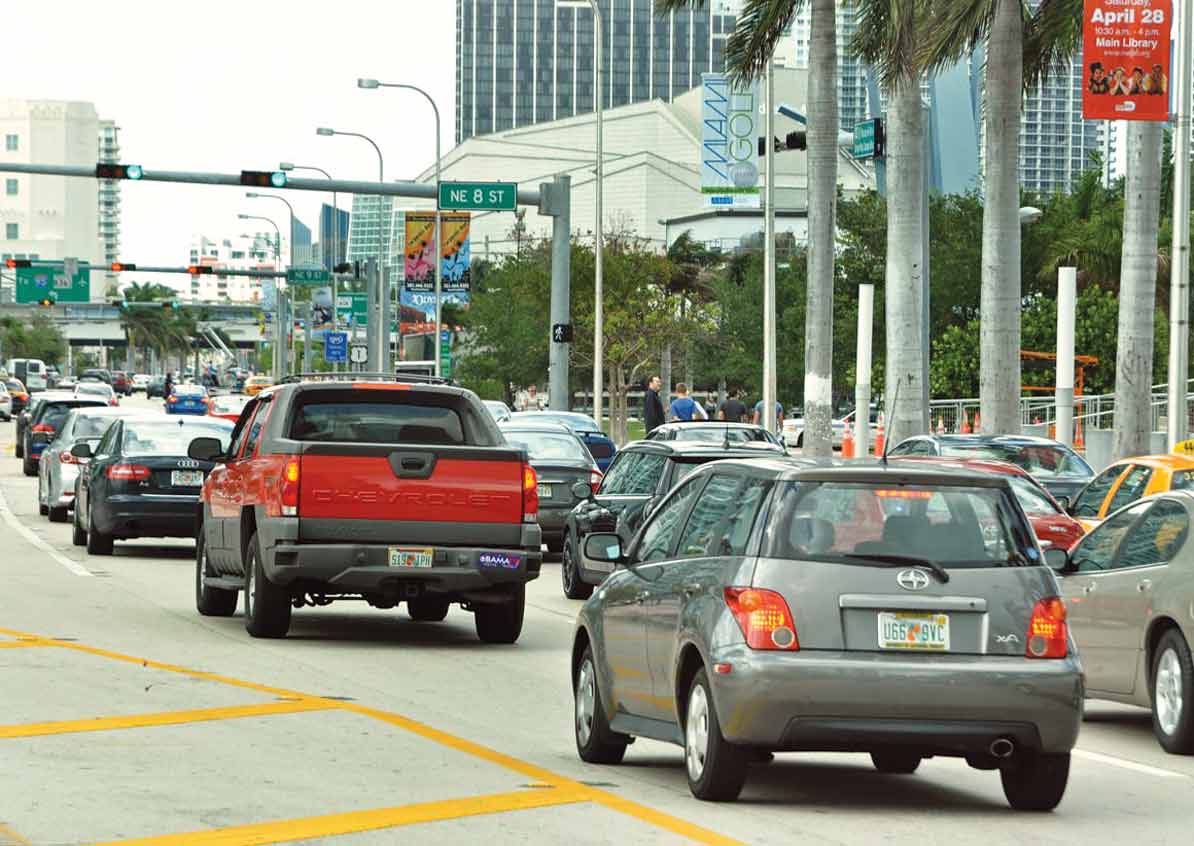 It’s still a long way off, but plans to make Biscayne Boulevard Miami’s “grand promenade” inched closer to reality last week as Downtown Development Authority board members chose one design from myriad alternatives that have been studied over the past several years.

The plan they chose – which would affect Biscayne Boulevard from Northeast Eighth Street south to Biscayne Boulevard Way – would reduce driving lanes from eight to four or six, incorporating some parking but shaving spaces from 388 to 187, at an annual revenue loss of $1.2 million. It would replace a shared bicycle lane with a dedicated one, widen sidewalks, and create room for grass, trees and people. The cost for the medians is estimated at $24 million.

“We have an opportunity to create a grand promenade; there are not many other areas where this could be done,” said board member Jerome Hollo, who is vice president of Florida East Coast Realty. “This will be something great.”

A City of Miami traffic study concluded traffic impact would be minimal once the lanes were closed, authority documents note.

“People will take alternate routes,” said board member Alan Ojeda, who is president of Rilea Development Group, “Traffic finds its own way.”

It’s also hoped that adding greenery and public spaces would connect downtown with Biscayne Bay and make crossing the street safer for pedestrians.

“With fewer lanes to cross as you shrink roadways, traffic will slow down,” Mr. Hollo said.

Eventually, there might be opportunities for kiosks to be set up. “Activate the middle,” suggested board member Alicia Cervera, who is managing partner of Cervera Real Estate. “Food and beverage are crucial.”

Next, the authority must get the Florida Department of Transportation to agree to reduce the lanes, then work with the Miami Parking Authority to trim the parking spaces and reconfigure what’s left. The plan calls for some parking to be available at off-peak times only.

The development authority must also work with Miami-Dade County to redesign the intersections, develop a phasing plan, then submit construction documents to all relevant agencies, and – certainly not the least of the challenges – identify funding for it all.

Still, “This is the single most important capital improvement for downtown,” said authority vice chair Neisen Kasdin, who is office managing shareholder at the Akerman law firm. “Biscayne Boulevard is not a good pedestrian experience. And with thousands more people moving in, it’s critical to address it.”