Advertisement
The Newspaper for the Future of Miami
Connect with us:
Front Page » Real Estate » 49 downtown high-rises set to start

Written by Scott Blake on May 28, 2014
Advertisement 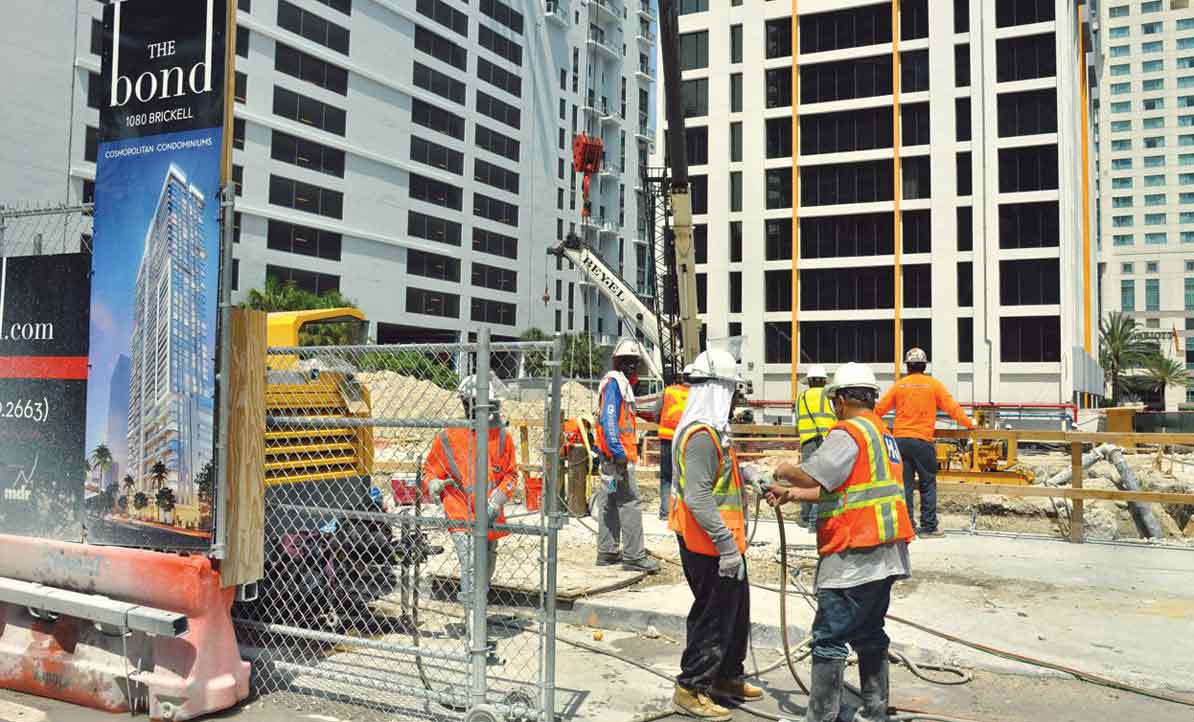 Tallying what’s on the drawing boards of real estate developers, greater downtown Miami appears to be on the verge of a condominium explosion.

There are 49 projects with a total of 16,843 units in the preconstruction phase in the greater downtown area, according to data compiled by Cranespotters.com, a website affiliated with the Miami Association of Realtors that tracks condo preconstruction projects in South Florida.

Greater downtown covers the downtown area north of the Miami River and the Brickell area south of the river.

The totals seem to represent another condo boom, although the number of units that actually are built is usually less than the number listed in preconstruction, said veteran Miami real estate broker Ron Shuffield.

“What ends up being built is certainly a lesser number,” he added.

Preconstruction figures often include projects that have not yet been submitted for official review and those that are trying to raise money by selling units in advance of construction. Sometimes the list also can be outdated, as some projects listed as being in preconstruction have already gone into construction.

For instance, the Related Group’s 28-floor, 192-unit MyBrickell project is listed in preconstruction by Cranespotters.com, but most of the building already has been constructed and all of its units reportedly have been sold.

Still, such lists are a good indicator of general activity in the region’s condo markets, said Mr. Shuffield, president of Esslinger-Wooten-Maxwell Realtors. In addition to those units in preconstruction, he said, about 4,500 units currently are in construction in the Brickell area alone.

As the situation stands, Brickell may be facing an oversupply of condos that could cause prices to stagnate, according to Mr. Shuffield, who has worked the local real estate market for 39 years. He said the situation should become clearer in four to six months, when many of the projects being built now should be completed or be nearing completion.

He estimated that once those units are completed, Brickell will have an inventory of condos that should take about 15 months to be absorbed. He said an eight- or nine-month absorption period is preferred because it signals a balance between supply and demand that can keep prices increasing steadily, but not at too fast a pace.

“Generally,” he explained, when there’s an absorption period of “12 months or over, prices begin to stagnate at some point.”

If all or nearly all of the nearly 17,000 units listed in preconstruction now in greater downtown are built and placed on the market in the next five years, he added, it probably would create an imbalance that stagnates or even drops prices.

Prior to the last housing meltdown, about 23,000 condo units were built in greater downtown from 2003 through 2008, according to Mr. Shuffield.

Mr. Shuffield said he isn’t surprised by the disparity between Miami and Fort Lauderdale/West Palm Beach, given that Miami has developed a “global brand” and appeal that far exceeds the other cities.

In Miami-Dade, he said, about a third of all buyers come from outside the US – a very high percentage compared with other major US metro areas.

In greater downtown, the percentage of foreign buyers is even higher. He also estimates that only 15% to 20% of greater downtown buyers make their units their primary residence, and many of them never live there at all, instead opting to rent their units.

Either way, it helps keep the local economy moving, as whoever lives in the units makes related purchases.

“I’ve lost track of the number of people I’ve referred to furniture dealers and car dealers,” he added.