Advertisement
The Newspaper for the Future of Miami
Connect with us:
Front Page » Top Stories » Foreign investment drives massive projects 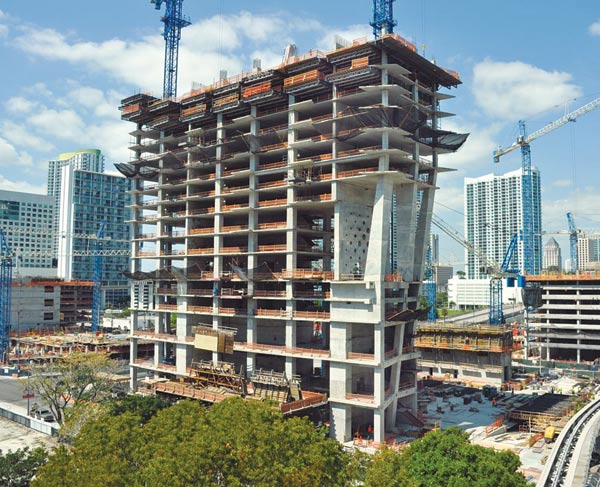 Like others, Rick Zelman has heard the stories about how the drug trade and other shady business activities were responsible for financing much of the construction of Miami’s skyline. But those days are gone, he says, and even if those stories were true, the city has since given way to a new kind of international investor.

“Miami wasn’t quite on the radar 30 or 35 years ago,” Mr. Zelman recalls. “We weren’t a world-class city then. The [overseas] investors tended to be family businesses or people looking for safe havens for their money.

“People think a lot of the money came from criminal things. The media liked that because it made for good stories,” he adds. “I think some of it was true, but it was exaggerated. Generally, the money was legitimate from people looking for a culturally attractive, economically stable place.”

To get an idea of how international investment in commercial real estate has changed in Miami, drive through the city’s central business district:

Where there once were vacant lots and aging buildings off Brickell Avenue, there’s a giant and still-growing beehive of construction for Brickell City Centre. It’s a more than $1 billion investment by Hong Kong-based Swire Properties that someday will cover several city blocks with a cluster of commercial and residential buildings.

About two miles north of the City Centre site off Biscayne Boulevard, the former Miami Herald building, once one of downtown’s landmark properties, sits empty, awaiting its destiny.

Malaysian conglomerate Genting bought the site and surrounding properties. So far, the company has invested an estimated $500 million on its vision to create a downtown gambling Mecca and resort that apparently will rest with getting legislation passed in Tallahassee.

“Today, the investment is more sophisticated and urbanized,” Mr. Zelman says of foreign businesses. “Miami has developed a reputation for success with a lot of entrepreneurial investors…. We’re seeing more corporate interests looking for growth opportunities.”

It’s not just the monster projects that attract foreign investors. Others say smaller overseas investors from overseas still have a place in Miami. They tend to buy gas stations, warehouses, small offices and stores. Often the purchases are made under federal visa programs that encourage foreign business investment in exchange for US residency or citizenship rights.

Miami commercial real estate broker Javier Rodriguez says he has handled several of these types of purchases for foreign investors, some for as little as $120,000. The investors typically come from South America, Central America and Europe, he says.

When there’s political or economic turmoil overseas, like the current situation in Venezuela, Mr. Rodriguez says, businesspeople from those countries look for safe haven investments – and the US is among their prime targets. A lot of the investment activity in Miami under the EB-5 visa program for foreign investors, he adds, has come from Colombia, Mexico and Venezuela.

As a way to obtain a green card, the EB-5 program permits foreigners to invest at least $1 million, or at least $500,000 in designated areas, in business ventures that will create or preserve at least 10 jobs for US workers.

If foreign investors don’t compose a significant chunk of the market yet, they eventually could. Nationwide, according to reports, foreign investment in both commercial and residential properties has increased since real estate prices crashed during the recession.

A survey released last year by the Association of Foreign Investors in Real Estate found that the US dominates the list of countries where its members plan to invest in commercial real estate. The top five countries were, in order: the US, Canada, Germany, Australia the United Kingdom.

Also, for the first time in more than a decade, four of the five top cities for commercial real estate investment were in the US. They were, in order, New York, London, Washington, DC, Houston and Boston.

Moreover, four states – Florida, California, Texas and Arizona – accounted for 51% of international buyers in the US, with Florida being the fastest-growing destination of choice, the survey found.

Manhattan historically has been the most popular single location for foreign investment in commercial properties – at one point accounting for 40% of foreign purchases, Dave Linger, co-founder of real estate franchise giant Re/Max, notes in the SquareFoot Blog

But now, he said, garnering a lot of attention are other cities such as Miami, Seattle, Dallas and San Diego.

JM Padron, owner of Re/Max Commercial Associates in Fort Lauderdale, tells the Blog that Brazilians have accounted for 35% of commercial property purchases in downtown Miami in recent years.

And in Coral Gables, Agave Holdings, a company with corporate ties in Mexico, has plans to develop the former Old Spanish Village site in Coral Gables into a 254-unit luxury condo project with office space and a five-star hotel. Agave developed the SBS Tower on South Bayshore Drive in 1989. And the firm is currently developing the 15-story 396 Alhambra Circle in Coral Gables, according to Agave’s website.

Tom Dixon, a longtime member of the Commercial Industrial Association of South Florida, says he has noticed an increase in foreign investment in commercial properties in Miami, but there’s still room for growth.

“There’s probably more foreign investors buying than in the past,” he says, “but it doesn’t represent that much of the market.”