Advertisement
The Newspaper for the Future of Miami
Connect with us:
Front Page » Top Stories » Dinosaurs, 20th Century Fox getting together

Dinosaurs, 20th Century Fox getting together 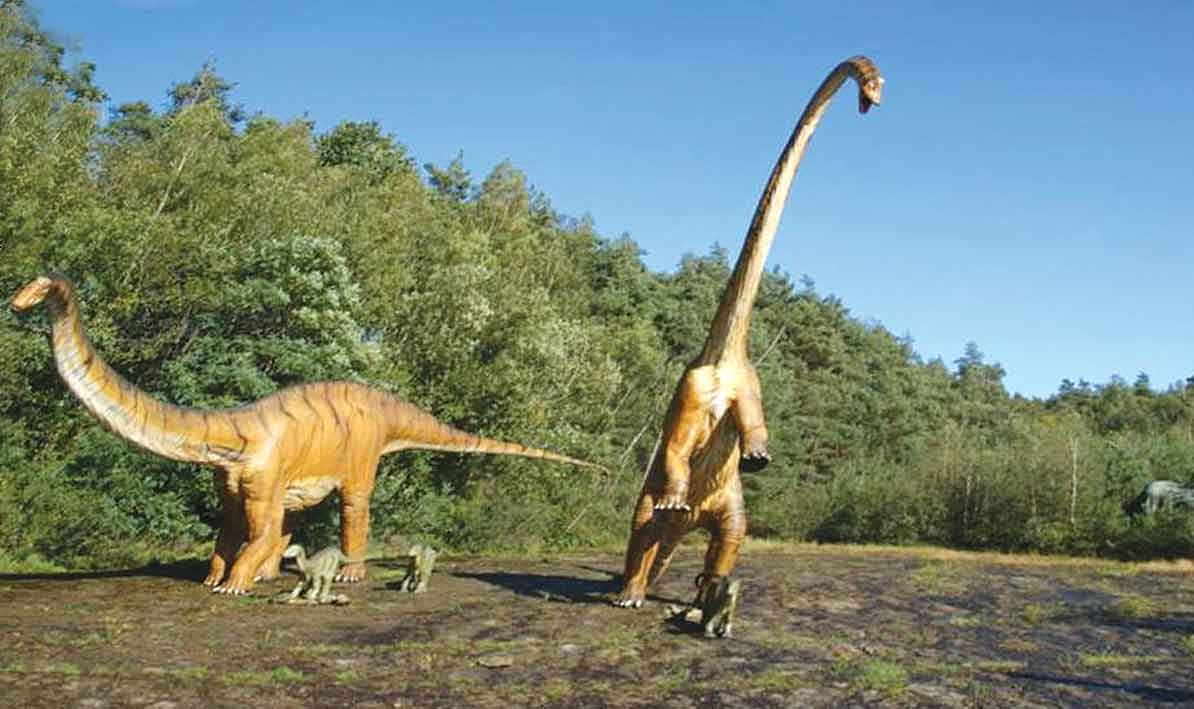 Miami-Dade County’s procedures for dealing with big projects are so complex that commissioners Tuesday had to reject two proposals for a long-sought Zoo Miami entertainment complex in order to get beyond the county’s own restrictions.

Doing so became even more complex as several commissioners tried to slow the process of development that has been a county aim for more than two decades.

It finally took a rushed commission seeking to get to a ceremony elsewhere in the building to get beyond a move to defer action and then to reject two proposals in order to meld them together.

At stake: almost $1 billion in investment from two proposers, one of which is a subsidiary of 20th Century Fox and the other a German developer of dinosaur parks. Each had proposed a project at Zoo Miami at county request. The county now wants both to be winners – after negotiations between them that the county didn’t think could take place effectively without waiving its own rules.

In the end, commissioners rejected both proposals, waived bid protest procedures and authorized the mayor and his team to negotiate with both companies for the development of what is called the Zoo Miami Entertainment Area.

That final deal would then come back to commissioners for approval.

But some commissioners wanted to be involved earlier rather than later.

Javier Souto, who tried to delay any action on the entertainment area, made clear that he and his committee that deals with culture and recreation had never been consulted or advised about the plans, which had moved forward under the direction of the Finance Committee.

After he was defeated 9-2 on a motion to delay any action, commission Chairwoman Rebeca Sosa directed the county’s Parks Director Jack Kardys to deal in the future not with the Finance Committee but with Mr. Souto’s Cultural Affairs & Recreation Committee as the project advances.

Mr. Souto had relied on a weapon for delay: a letter from the Tropical Audubon Society that he said could be sent to the federal government and could eventually derail a zoo area development after years of work and millions in expenditures.

Mr. Souto recalled that a plan to develop Homestead Air Force Base land given to the county had been similarly derailed many years earlier.

“We know that the county staff has refused to meet or discuss this matter with the [US Fish and Wildlife] Service,” Mr. Souto said. “I am for respecting federal law.”

Mr. Kardys said that the county and its negotiators had not refused to meet with anyone in the federal government.

“Based solely on financial information provided by the respective proposers,” commissioners were told in a memo by Lisa Martinez, senior advisor to the mayor, “the combined impact of the overall project is likely to create over 14,000 direct and indirect jobs during construction and add $500 million in construction wages.” Once completed she said, the project would mean more than 2,750 new fulltime jobs.

The plan to develop Miami Wilds by 20th Century Fox was estimated to cost $930 million with a 2020 completion. The company expected to draw 2 million visitors yearly.

Dinosaur Park by Dinosaur Park Miami Corp. was to cost $14.6 million and be finished in two years, luring 400,000-plus annual visitors.

Esteban Bovo Jr., who had been the sole vote on the Finance Committee against plans to reject both bids and have the companies work together, joined Mr. Souto in seeking to delay action Tuesday.

“It is unacceptable to me,” he told commissioners, that after years of efforts only two companies were in the running for the project. The commission’s action Tuesday will bar others from proposing anything that would compete with the two as they now negotiate a way to work together.

“For me it’s unacceptable to have a waiver of bid after whatever time we’ve had,” Mr. Bovo said. “Why are we giving away the store?”

Mr. Kardys noted that two dozen companies had shown interest in the project, six had issued proposals, four of the proposals moved to the next step of the process and only two remained in the running.

Ms. Sosa noted that she had brought to the county a leading theme park developer from Spain that in the end was not interested in getting involved.

“I know how hard we’ve been trying to get this going,” said Commissioner Jose “Pepe” Diaz. But there are no more bidders out there; “we’re lucky to get this. This is a top, top outfit.”

As the project moves forward, Ms. Sosa said, the Transportation and Aviation Committee that Commissioner Dennis Moss chairs needs to be certain that traffic that the final entertainment complex generates can be properly handled.

Complexities that gave rise to the procedural maneuver Tuesday included collusion prohibitions that prohibited the two proposers from coordinating a complete site plan because they couldn’t talk except in noticed public meetings. Another barrier was a so-called Cone of Silence prohibition on negotiating committee members receiving guidance from key county staff.

The memo from Ms. Martinez also cited a “lack of policy framework establishing how staff could make certain public subsidies available to the project…” Commissioners were told no subsidies have been offered to this point.

Said Commissioner Souto, “There seems not enough transparency in this county of ours.”

2 Responses to Dinosaurs, 20th Century Fox getting together