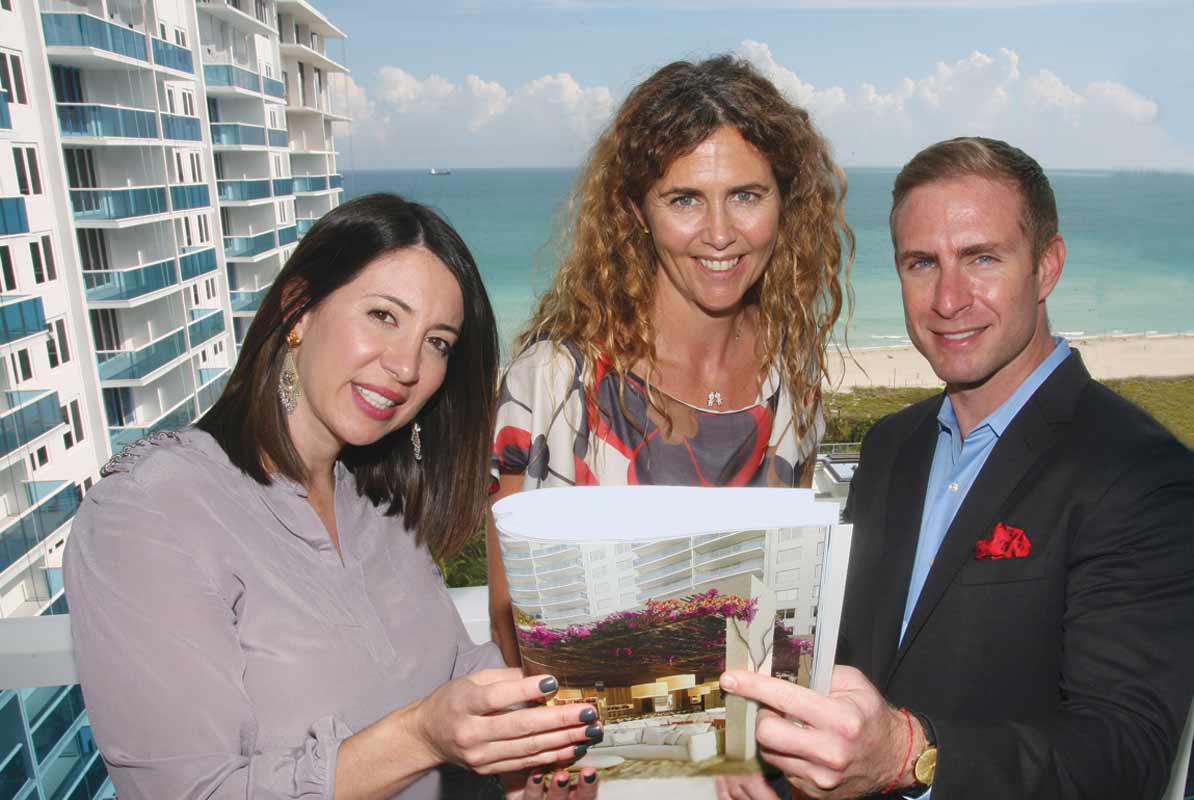 A team of South Florida real estate professionals will head to the city of light at the end of the month to showcase some of the region’s new projects to potential Parisian clientele.

For the trip, MC2 Realty partnered with the recently formed Fédération des Professionnels de L’Immobilier de Miami (FPIM) and those behind some of South Florida’s new residential real estate projects, said Marie-Charlotte Piro, vice president of MC2 Realty and founder and president of the federation.

Real estate agents and FPIM partners – including attorneys and bankers – will make the journey to Paris, she said.

Two thousand potential clients have been invited to the two-day, invite-only event, Mrs. Piro said. The group is hoping to have 100 attendees, which she said would be more than enough.

Projects on show will include 1 Hotel & Homes South Beach, with partners The LeFrak Organization and Starwood Capital Group.

Mrs. Piro said the group has been working on the trip since November, and the next presentation could be in Geneva or Canada.

FPIM was incorporated last June, she said. The non-profit organization pairs French-speaking realtors in South Florida with French-speaking buyers from around the world who are interested in purchasing real estate in the region.

It was an idea she had been “massaging” for a couple of years.

The real estate business works a little differently in France and she wanted to make the process easier for agents and clear for clients.

She explained that in France, clients work with several agents to see all the properties, whereas in Miami they work with only one.

Many times, Mrs. Piro said, she would find out one of her clients was working with another realtor and would have to place a friendly phone call to them to make appropriate arrangements.

And roughly midway through last year, France was the origin of the most Miami property searches on the Miami Association of Realtors website.

“All these French people get lost in big national sites where it is very difficult for them to get the information that they really need… It’s time to incorporate as French realtors to be able to help them.”

When potential clients reach out to the group, they are directed to a list of agents.

The agents have criteria that are a little more personal than what language they speak and what area they work in, she said, adding that listed is the town they are from and university they attended.

Members of the group speak fluent French, are accredited by Florida’s Realtor Associations and have a strict code of ethical conduct.

There are two types of members – realtors and the partners. Partners include attorneys, business consultants, architects and builders.

And it’s not only buyers from France that are the sole focus of the group, she said, but also those from Belgium, Switzerland, Canada, Morocco, Algeria, Haiti and the French Caribbean.

Several of the group’s brokers, she added, are certified with the Business Brokers of Florida.