Advertisement
The Newspaper for the Future of Miami
Connect with us:
Front Page » Transportation » Will old taxis stay on road longer? 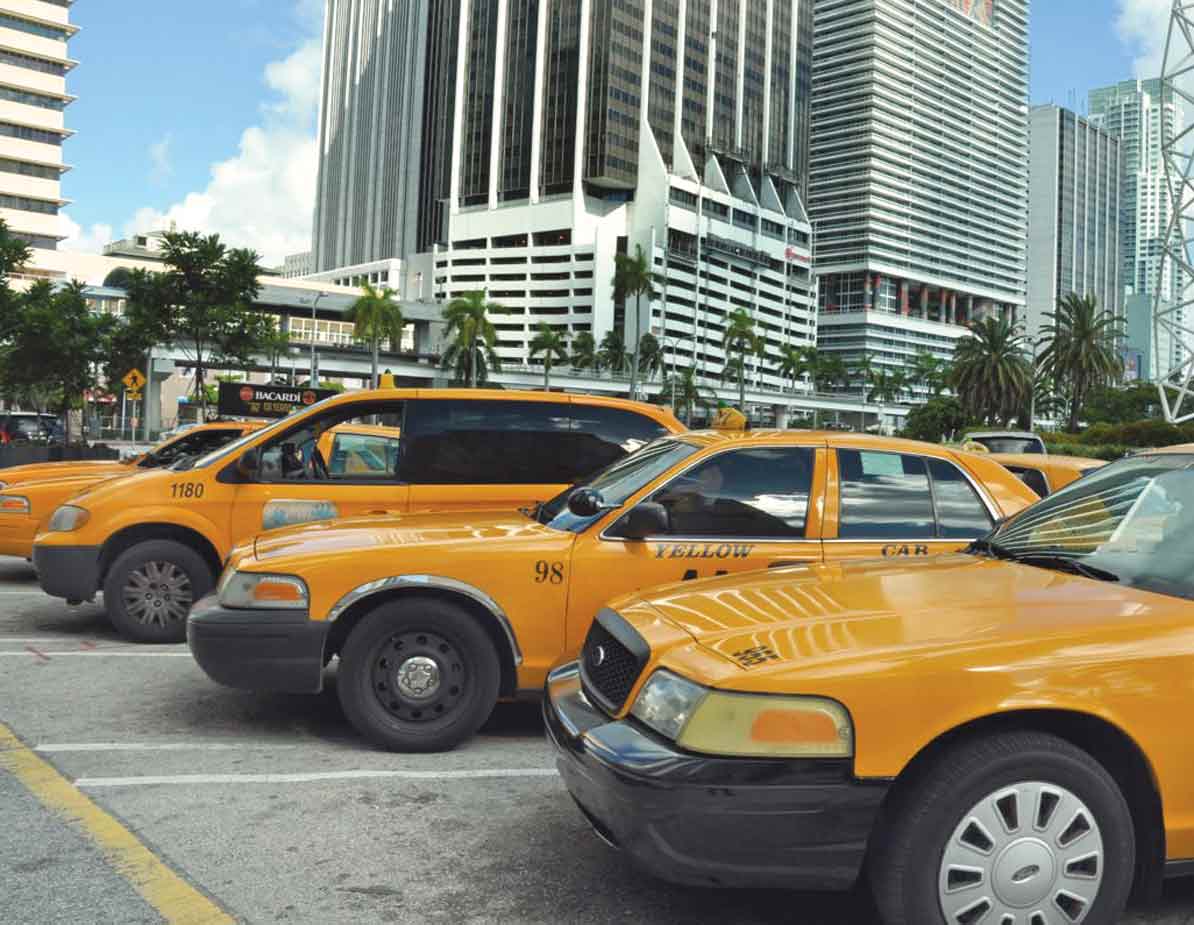 Although complaints against the taxi industry have been mounting among those dependent upon
tourism, Miami-Dade County officials are being asked next week to keep old taxis on the road longer and to put fare hikes in the hands of county commissioners, not the mayor.

Cabs by ordinance may not be more than 8 years old, but commissioners for three consecutive years have extended the life of the oldest cabs by a year. That means that last year 351 county taxis were over the 8-year age for retirement and ranged up to 10 years old.

Proposed legislation on the Dec. 3 commission agenda would keep some of those aged cabs on the road even longer. Commissioner Jean Monestime has proposed that taxis of model year 2005 that are now scheduled to be retired at the end of this year by law could instead stay on the road until June 30, 2014.
Other legislation by Mr. Monestime to be considered next week would remove the mayor from any involvement in taxi rate setting. It would require annual fare reviews by commissioners alone and would recommend to them a fare increase each year based on increases in the consumer price index.

But the fare changes would be headed down one-way streets: unless commissioners expressly
voted otherwise, the legislation says that fares the commission sets could be “no less than the previous rates adjusted by” the consumer price index. Mr. Monestime’s pieces of legislation list no rationales for the proposed changes.

Removal of county staff from involvement in setting taxi rates would move out one of the loudest
voices criticizing service. Mayor Gimenez has proposed creating a special class of taxicab based on multiple criteria that alone would be allowed to serve the county’s Miami International Airport and Port Miami as well as the Miami Intermodal Center transportation hub.

Perhaps the most vocal critic of cab service has been Aviation Director Emilio T. Gonzalez, who has used every public appearance to call for a revolution in the Miami-Dade cab industry on grounds that its failures reflect badly on the airport and deter air travel to Miami International Airport.

“Our abysmal cab service is costing us, one tourist at a time,” Mr. Gonzalez told the Consular Corps of Miami – who mostly represent other nations – at a lunch in Coral Gables last week. Some cabs, he said, charge passengers an extra airport fee, Miami Beach fee, Rickenbacker Causeway fee and Broward
County line fee, yet “none of that exists.”

He spoke of cab drivers who come to the airport, take in a family and their baggage, and then dump them at the roadside just outside airport grounds because they aren’t going far enough to pay a large fare.

”We need to stand up every day and say this is wrong,” Mr.Gonzalez said. “It’s incomprehensible,
and we’re not going to allow that.”

The visitor industry is also concerned about the age of cabs and quality of service and has been speaking out this year – unlike last year, when the county’s Regional Transportation Committee voted 3-1 to support an extension of life for the oldest taxis on the road with nobody present to speak against the
change.

“I am sorry those individuals are not here,” Commissioner Sally Heyman said at the time about hospitality industry leaders. “Image is everything. I don’t think they [the public] should get into an 8- or 9-year-old car.”