Advertisement
The Newspaper for the Future of Miami
Connect with us:
Front Page » Top Stories » As ever, Miamians ready to party

As ever, Miamians ready to party 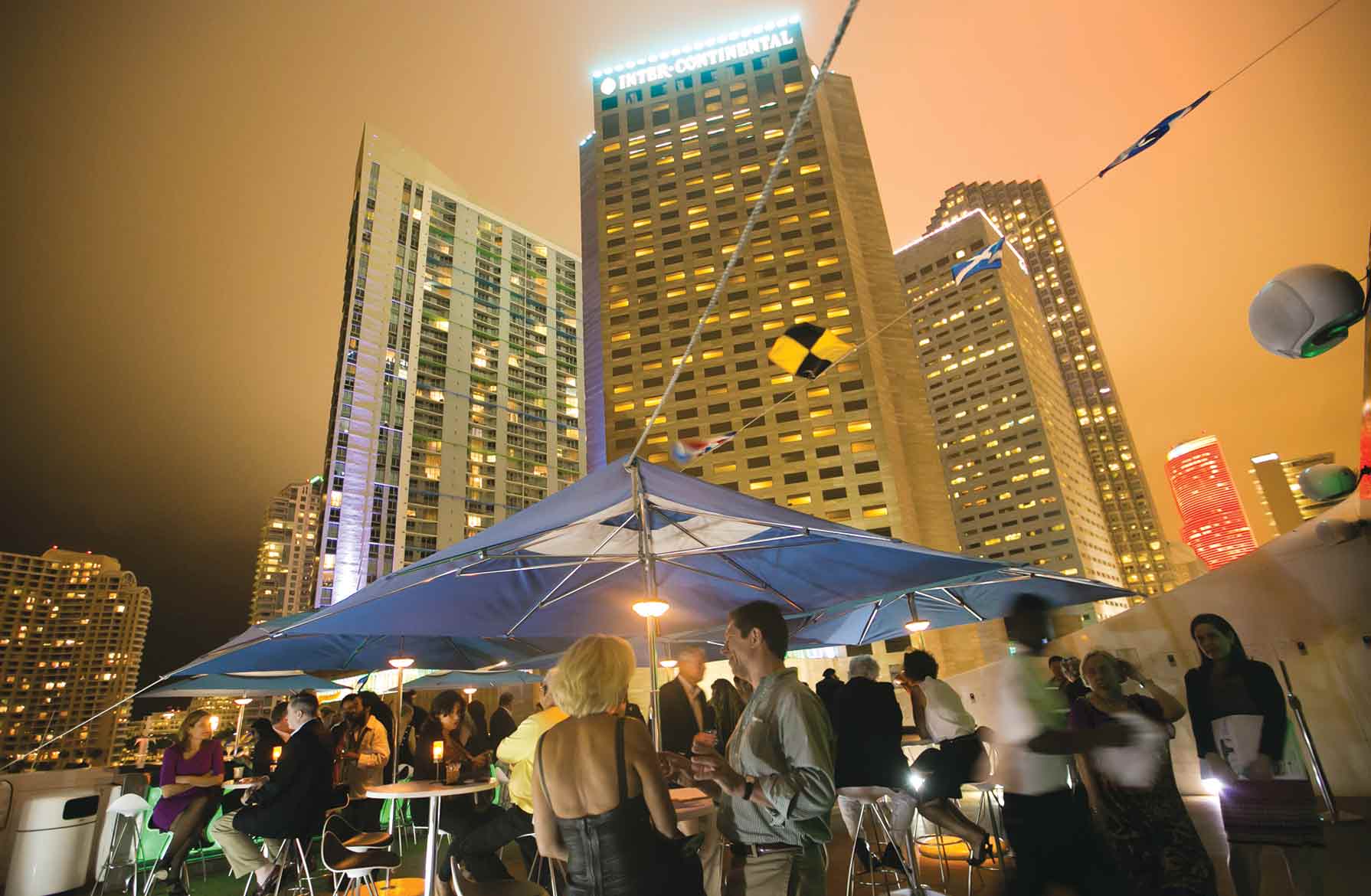 The holiday season is set to be celebrated in true Miami style – after some enhancements, on the water and in lush gardens.

The mansion, he said, reopened in April. Renovations on the island over the past three years totaled $60 million.

All catering packages are customizable, he said, and range from about $225 per person to $850 per person.

The mansion can accommodate up to 250 guests for an outdoor event or up to 140 in the ballroom, Mr. Sarquis said.

With charters starting at $22,000 for four hours, Seafair Events and Catering Coordinator Joely Blanton said she has a few holiday parties on her books.

The price, Miss Blanton said, is for the yacht only, with catering and other party extras additional.

Miss Blanton said those who have already booked to have their holiday parties aboard the 228-foot yacht did so in August and September. However, she said, she’s expecting a few last minute calls.

With the capability to host up to 700 onboard, she said, the $40 million Seafair is the fourth largest privately owned yacht in the country and the largest that can be privately chartered in Miami.

“It’s a unique venue for larger groups here in the city,” she said.

While the yacht can cruise for parties, Seafair’s home port is at the Bayfront Dock adjacent to the InterContinental.

Last month, the developers of Echo Brickell welcomed about 300 guests aboard the Seafair for a party and cruise to the future luxury residential building’s site. Guests viewed a light installation where the building will rise.

Seafair was built in 2008 as an art gallery, Miss Blanton said, and a curator can be provided to incorporate an art element into a party.

All size parties can be accommodated at locations – both indoor and outdoor – throughout Fairchild’s 82 acres, she said.

Mrs. White said the tropical garden has rooms that seat about 20 to 30 people and then the Lakeside Marquee Tent can accommodate 500 to 600, depending on the layout of the party.

Typically, she said, holiday parties at Fairchild comprise about 50 to 60 guests up to a couple of hundred.

For the facility rental only – Fairchild provides a list of preferred vendors – smaller classroom-style spaces that seat about 20 to 40 start at about $500, with the most popular venues through the gardens ranging from $3,000 to $15,000, she said.

What makes Fairchild a popular spot to celebrate the holidays, Mrs. White said, is the ability to make the most of South Florida’s favorable weather and have a party either inside or outside. Also, each booking is an exclusive rental for the event.

Fairchild is a popular location for weddings – three are on the books for the holiday period -– and in the past one holiday party client decided to hold an event in the most popular wedding ceremony venue the garden offers.

Mrs. White said a family-style dinner table was set up in the Bailey Palm Glade, the place where brides typically walk down the aisle.

And while Fairchild is readying for Art Basel as well as the festive season, she said, it’s expecting a few last-minute calls for a holiday party or two.