Advertisement
The Newspaper for the Future of Miami
Connect with us:
Front Page » Business & Finance » Avocado industry extinction feared 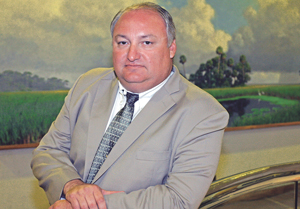 The Florida avocado industry faces the likelihood of being lost as a result of significant economic hits following the constant devastating effects of exotic pests and disease on avocado tree crops.

Avocado growing is the state’s second-largest fruit industry worth $12 million to $14 million a year at the farm gate and $30 million at the wholesale level, according to the University of Florida’s study Estimates of the Replacement Costs of Commercial and Backyard Avocado Trees in South Florida

The commercial avocado industry in Florida consists of about 7,500 acres, 60% of the total tropical fruit crop acreage, about 951 growers and 35 registered avocado handlers and shippers. Of the 7,500 acres, over 98% are in southwest Miami-Dade County, the study shows.

Miami Today previously reported that over 2,000 avocado trees in the industry had been removed as a result of pests and disease, such as the Red Ambrosia Beetle.

“We generally have 80 to 100 trees per acre as the standard planting,” said Charles LaPradd, agricultural manager of Miami-Dade County, told Miami Today.

According to Mr. LePradd, it’s precisely the loss of crop production that is severely affecting the industry, and though avocado trees bear fruit early, it could take up to seven years for one to become productive.

“It’s a situation where you have a long-term investment before you see any potential profit,” he said.

The study shows that the total cost to replace all avocado trees in Miami-Dade, Broward, Palm Beach and Lee counties is $422.8 million. The cost to replace only the commercial trees is $216.1 million, while the cost for residential backyard trees is $206.7 million.

Miami-Dade had the highest total replacement cost of $294.9 million, followed by Broward at $60.5 million, according to the study.

“The added cost to fight the beetle is also tremendous and the market for avocados hasn’t been the best lately, so it’s more difficult for people to spend that money,” Mr. LePradd said.

The industry’s biggest competitors are California, Mexico and Dominican Republic, he said. But Florida doesn’t grow the same type of avocado as Mexico and California.

“Our closest competitor with our type of avocado is Dominican Republic,” Mr. LePradd said. “Some avocados are shipped to California, but not to Mexico because we can’t compete with their price.”

While the avocado tree is a host for the Red Ambrosia Beetle, it’s not a preferred host, such as the Swamp Bay and the Redbay trees.

While the Redbay and Swamp trees are susceptible to this pest and disease, more than 90% of the susceptible trees that are hosts die within two to three years.

“When you have an infected tree, you remove the tree because if the tree stays, all it does is produce more beetles because they use it as a nursery,” he said.

“The industry may be lost because of these pests and disease,” he added. “Certainly, at its worst that could occur.”

The speed with which the fungus spreads depends on the tree, he said. But when a beetle goes into a tree with the fungus, the tree’s lifespan is about five weeks.

“These could also attack trees in private yards,” he said.

“The beetle does not kill the trees but grows the fungus that creates a reaction that the tree kills itself.”

From the industry standpoint there are concerns about the avocados, but from a natural environment, Swamp Bay trees are also being lost, Mr. LePradd added.

“I don’t think anybody has looked at the natural environment, and I have not seen any documentation on the percentage that has been lost,” he said.

Avocado trees are in the same family as the Swamp Bay and the Redbay trees.

“We’ve received over $2 million in grants from the University of Florida and other agencies to research this pest and disease and try and find an answer.”