Advertisement
The Newspaper for the Future of Miami
Connect with us:
Front Page » Real Estate » Judge kicks country club remake to state 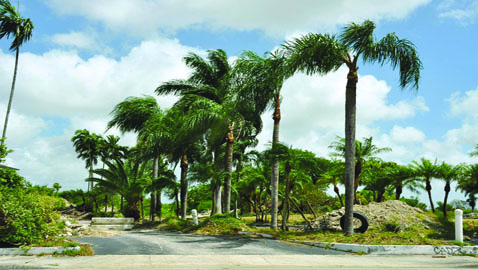 As a final decision moves up to the state Department of Economic Opportunity, the controversy over the former Westview Country Club’s land is expected to come to an end soon.

Despite objections of some residents, the Miami-Dade County Commission approved last December a land use change in a residential area that allows a proposed $300 million redevelopment of the former Westview Golf Course and private club, which is now closed.

Administrative law Judge Suzanne Van Wyk issued a recommended order Aug. 1 that the county’s approval be upheld, and the final decision is now in the hands of the Department of Economic Opportunity.

Some in the community challenged the county commission’s decision on the basis of the land use change being inconsistent with the county’s plans and with the adjoining residential use, as stated in the recommended order.

“The community does not want an industrial park in their back yard,” said Frank Wolland, the attorney who represents the residents.

Rosal Westview had proposed to develop 2 million square feet at first, but after negotiations with residents and with county Commissioner Jean Monestime, the developer agreed to limit it to 1.6 million feet. Robert Saland of Rosal Westview declined to comment until a final decision has been reached.

Mr. Monestime said the project, which would include a 700,000-square-foot warehouse distribution center and 400,000 square feet of business and retail office space, is expected to create more than 3,000 jobs.

According to the recommended order, the county’s decision to allow the change includes restrictions. It limits industrial development to 1.6 million square feet of light industrial, warehouse and flex space, and further limits warehouse/distribution space to no more than 700,000 square feet.

It also limits business and office development to a maximum of 400,000 square feet of retail and service uses; limits residential development to areas designated for business and office use and to a maximum of 2,000 units; prohibits direct vehicular access between the property and the surrounding residential neighborhood; limits the height of any hotel or motel use to 50 feet, and commits the developer to work with transportation authorities to improve Northwest 119th Street, among other restrictions.

“Petitioners failed to establish beyond fair debate that the challenged Plan Amendment is not in compliance,” states the recommended order by Judge Van Wyk.

Mark Woerner, assistant director of planning for Miami-Dade County’s Department of Regulatory and Economic Resources, said the order has been sent to the Department of Economic Opportunity and that the department should issue a final disposition.