Advertisement
The Newspaper for the Future of Miami
Connect with us:
Front Page » Education » St Thomas Dean Villamil To Exit 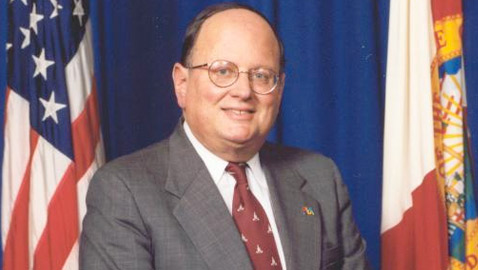 By Samantha Joseph
When he took the job as the first dean of business at St. Thomas University in Miami Gardens, J. Anthonio Villamil expected the position to be a 3-year appointment.

Five years later, he says next winter will be his last with the private Catholic university, where colleagues credit him with gaining national attention for the business department, honing its focus to global entrepreneurship and outreach.

He’s set to retire Dec. 31, leaving the university to undertake a nationwide search for his replacement.

“He did a wonderful job as dean,” said Rev. Msgr. Franklyn M. Casale, president of St. Thomas University. “We were fortunate to get him in the first place and fortunate he stayed so long.”

Recruiting the former US undersecretary of commerce for economic affairs was a coup for the local school, which has about 4,000 students. The job allowed Mr. Villamil to maintain his high profile in the business community — an agreement administrators hoped would also bolster St. Thomas’ reputation among potential supporters and students. The dean continued his work at the Washington Economics Group, the consulting firm he founded, and retained his seats on corporate boards around town.

“He’s out there with the chamber of commerce, the media is always trying to get him on the record for his opinion, and he brings such a breadth and depth of experience to issues,” said Lloyd Mitchell, who chairs St. Thomas University’s Department of Business Administration. “He’s got a lot of connections in the community. In business, you need these connections.”

He created the Dean’s Advisory Board, for instance, a group of 50 local executives who mentor students and work with school officials. Among them are Anita Britt, chief financial officer of Perry Ellis International, and Anne Machado, president of Miami-based Creative Staffing.

“Mentorship is a niche,” Mr. Villamil said. “We’re not mass-producing MBAs. Each individual is unique to us.”

That approach helped grow the department to the second largest in the university, driving enrollment to about 650 students, about 50 fewer than the law school, which draws the largest numbers.

“We now have students from the law school, school of theology and throughout the university taking entrepreneurship classes. We wouldn’t have been able to do any of it without the support of the dean,” said Dr. Justin Peart, director, Institute for Global Entrepreneurship. “When Dean Villamil arrived 5 years ago, essentially we were just offering one or two entrepreneur courses and not many students were interested. But the environment has changed so much. What he has done is change the direction of the school by shifting the focus to entrepreneurship as a viable alternative.”

All told, his employers and colleagues said, the economist will leave the local college a more valuable asset than he found it.

“He transformed the school into one with global outreach and a powerful vision for the future. Because he has left it in such good condition, it will be very attractive to many candidates,” said the Rev. Mr. Casale. “Personally I’m sorry to see him go. However, I know he needs a change to spend time with family and to pay attention to his consulting through the Washington Economics Group.”

Mr. Villamil said he remained deeply committed to the university.

But several of his colleagues, including the department chair, said they’d hate to say goodbye.

“What we need to do,” Mr. Mitchell said, “is convince him to stay.”To read the entire issue of Miami Today online, subscribe to e-MIAMI TODAY, an exact digital replica of the printed edition.