Advertisement
The Newspaper for the Future of Miami
Connect with us:
Front Page » Business & Finance » Deal To Reopen Playhouse Advances 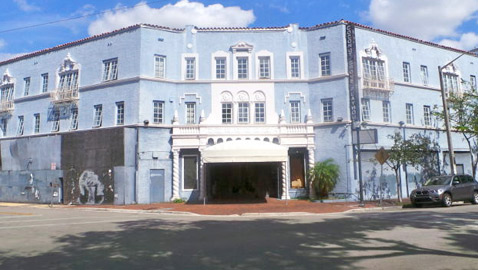 Those seeking to reopen the long-shuttered Coconut Grove Playhouse have made progress, but they must clear many more hurdles in a race that began as soon as the historic playhouse ran out of money and closed in 2006.

Those hurdles include six City of Miami administrative enforcement orders, a legal battle over a mortgage, three judgments by creditors of the former playhouse, two tax liens, and two county unpaid tax certificates for special assessments.

Last week the county’s Finance Committee removed a small barrier, approving a 50-year lease among the state as holder of the playhouse site, the county and Florida International University. The county and FIU would jointly lease the site, bringing in nonprofit GableStage as designated operator of the regional theater facility.

Tuesday the full county commission approval on the lease before 10-1, with Bruno Barreiro voting no ending it on to the governor and the Florida Cabinet for action, tentatively Aug. 20, said Michael Spring, the county’s arts and culture director.

Mr. Spring asked the Finance Committee last week to approve the lease agreement — which the university has already approved — and then county officials would come back to the commission with a list of expenses involved in removing the encumbering liens, judgments and other impediments. The committee complied.

Said Commissioner Dennis Moss, the theater is “really a jewel in this community and we’ve got to find a way to make this happen and to get that particular facility up and running again with the caveats that Michael laid out.”

Those barriers, all of which affect the property’s title, have been difficult. A county report from Lisa Martinez, senior advisor to Mayor Carlos Gimenez, says that the state has asked the City of Miami for a total amount that the city is claiming from six enforcement cases and has not receive a reply.

The figures from the city could total in the millions. One case alone, citing a failure to maintain the playhouse’s exterior, required correction by March 3, 2009, with a $250 per day fine for failure.

Several weeks ago the state spent about $5,700 on minimal outside work at the playhouse, work that might or might not resolve that claim. Assuming that it was successful, the bill at $250 per day could total $395,000.

The other four cases, all at $250 per day, are more recent but still years’ standing.

In addition to those six cases, the city sued to foreclose on the site in 2010 because of graffiti on the vacant property. In February the city won a final judgment of $216,250 plus interest in that case when nobody appeared in court to represent the playhouse. The court granted the city’s motion to appoint a receiver, the state intervened, but the city has never agreed to withdraw its suit.

Meanwhile, a $1.5 million mortgage for an adjacent property once linked to the playhouse has legally hamstrung matters because it might encumber the title to the playhouse land. The county faces a two-count lawsuit in the matter seeking damages.

The state seized the playhouse property last October for violating restrictions on the state’s property deed for the site. The playhouse in earlier years had been state owned — the state bought the mortgage in 1980 — and was deeded contingent upon being operated as a regional theater.

According to a business plan for the site, the county is to use $20 million in bond proceeds to renovate the 1926 Mediterranean-Revival structure. To read the entire issue of Miami Today online, subscribe to e-MIAMI TODAY, an exact digital replica of the printed edition.