Advertisement
The Newspaper for the Future of Miami
Connect with us:
Front Page » Opinion » In a public-private deal, expert advice doesn’t cost, it pays

In a public-private deal, expert advice doesn’t cost, it pays

Miami-Dade commissioners led by Joe A. Martinez have raised a vital issue of why the county hires experts to vet big unsolicited deals. Why, they ask, can’t county staff alone evaluate offers of public-private partnerships?

We appreciate Mr. Martinez’s effort to save $1.5 million in expert services that commissioners last month decided to fund. We agree that the county has a lot of firepower in house, and we always like thrift.

This spending on experts, however, is neither needless nor nearly enough.

The fact is, the less the county spends on advice on proposals thrown at the county, the more taxpayers will pay in the end. That’s because rules commissioners set up in 2017 in procedures for public-private partnerships work better for businesses than taxpayers.

After the county gets those proposals, a winner has a hastily reviewed project, and odds are that the company that made an unsolicited offer winds up controlling public assets or  revenues for decades.

The county rules let a company propose anything, anytime, merely by citing a benefit to the community and to small businesses and listing obligations it proposes for the county. 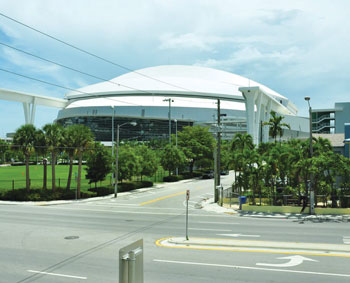 County relied on its staff’s advice in the questionable $3 billion deal to build this stadium.

That submission triggers fast action. The mayor has only 30 days to decide to vet the proposal or reject it outright. If the mayor decides to evaluate it, she gets only 90 more days. Then she has to submit the private offering to commissioners, recommending either rejection or bidding. Commissioners could then accept or reject her recommendation.

Remember, these proposals are highly complex. Companies made them after spending perhaps a year producing mammoth detail. The stakes are high, the time is tight.

Commissioners Martinez and Sally Heyman talked about handing these proposals over to county financial and legal people to vet. It’s a 90-day time limit, and the county staff may know nothing about the subject. That insures that in many deals it’s the taxpayers who will be burned.

When the rules were made in 2017, Jose “Pepe” Diaz, now commission chairman, told colleagues that a public-private format “uses other people’s money to work for the community.” That’s so enticing.

Yes, a good P3 can work for all involved because a business often fronts money. But the fact is, no business will use its money for the county without building in several ways to be repaid at very handsome profit. It’s those details that hired experts examine going in.

These are not decisions for county lawyers and financial folks alone. These are issues of policy and practicality as much as of legality or a paper profit.

Within just 30 days at the outset and 90 days thereafter, the mayor must decide:

1. Is this a need now, and is this the right way to meet it? Once locked in, it’s too late for the county to say it has better uses for the money, infrastructure or land involved.

2. It wasn’t high enough priority to do the project before the offer, so does this deal suddenly get priority because a business found a way to profit from it?

3. Does the plan meet a major need but slip in frills benefitting only the proposer? When a mayor hungered for a baseball stadium in 2009 he gave team owners control over pro soccer anywhere nearby, a policy that has since blocked out either a soccer-only stadium or soccer use in a county-owned ballpark. The county must replace the Bear Cut Bridge on Virginia Key, but do side ventures belong in a deal?

Other questions demand specialized knowledge beyond drawing a contract or checking numbers. Specialists know the environmental questions to ask about a Kendall Parkway or a Miami Wilds water park beside Zoo Miami. Other issues involve taxpayer safeguards.

Of course, you have to want to ask hard questions and be sure to get answers. Commissioners relied on staff for all they would know about a baseball stadium that wound up costing billions more than they were told. Experts could have told them that, but they “saved” by relying on a county manager who didn’t mention it.

Businesses making proposals are either specialists and know more than county staff or might not have the expertise to carry out a project.

What, for example, if a Rickenbacker proposer got control of a causeway and bridges but didn’t keep them in working order or deal with storm damage? About 15,000 Key Biscayne residents would be isolated and the entire community would be kept out of county and state parks.

Could proposers actually handle a project? The mayor and commissioners should not answer that without impartial expert aid. After an RFP goes out it’s far too late to ask.

Which leads to a final question for experts to vet: Can this project actually do what officials think they want, and can proposers deliver on it? In a failed deal, taxpayers hold the bag. The bigger the plan, the bigger the bag.

Pay the experts now or pay more later. Commissioners Martinez and Heyman, who asked the right questions before the stadium vote but didn’t get valid answers from staff, can see the billions the county lost for not having impartial expert advice.

We too like frugality. But it should come after a final deal rather than in saving on expert advice in advance of yielding long-term control of county resources.

One Response to In a public-private deal, expert advice doesn’t cost, it pays