Advertisement
The Newspaper for the Future of Miami
Connect with us:
Front Page » Government » As covid drops, Jackson West bulks up other services

As covid drops, Jackson West bulks up other services 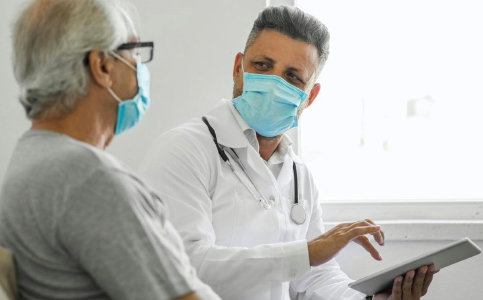 Since opening in August, Jackson West at 2801 NW 79th Ave. in Doral promised to offer a combination of consumer-centered inpatient and outpatient facilities with the latest surgical and medical programs, adult and pediatric emergency rooms, diagnostic and imaging services, maternity care services and specialty physician clinics, which are being delivered as the medical center settles in its new location, said Eddie Borrego, the medical center’s CEO.

“Since we’ve opened the hospital, we’re really focused on getting our practices on the outpatient side up and running,” he said. “In our medical pavilion right now we have cardiology, general surgery, diagnostic and imaging services, and family medicine.”

The Women’s Center at Jackson West is also open, which offers comprehensive obstetrics and gynecology services, Mr. Borrego said. The center offers a team of physicians who specializes in gynecology, obstetrics and minimally invasive surgery.

“In December, we’ll be opening up the pediatric practice, which is a joint venture between the University of Miami and Jackson Health System,” he added.

Jackson purchased the property as part of the Jackson Miracle-Building Bond Program back in 2015; the hospital cost an estimated $336.4 million to build. In 2016, the Jackson Health Foundation received a $10 million donation from the José Milton Foundation in honor of José Milton, a well-known Miami developer who was passionate about Jackson after receiving treatment for a brain tumor. The acute care hospital building was named José Milton Memorial Hospital in honor of Mr. Milton, who passed away in 2013.

“We have about 474 caregivers that work at Jackson West, and we still have about 75 more who are pending for hire,” Mr. Borrego said. “We’re seeing 40% more patients than we had really anticipated. Patients can get everything they need in one location quickly, and leave with a great experience.”