Advertisement
The Newspaper for the Future of Miami
Connect with us:
Front Page » Transportation » Brightline testing Miami to West Palm Beach to be ready to roll 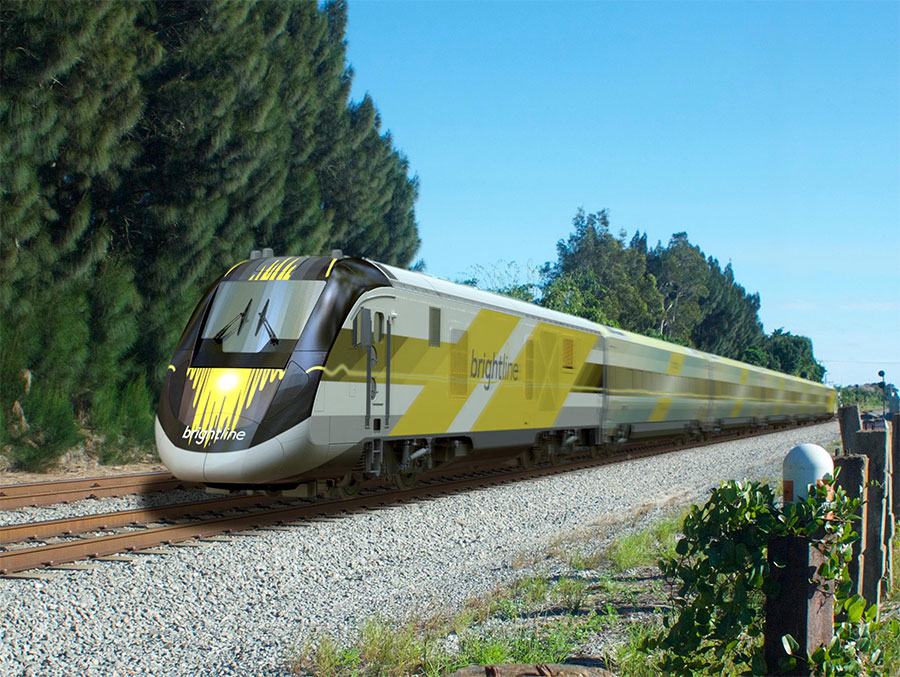 Brightline passenger rail service is back on track.

Stalled by the global pandemic, the fledgling rail service is ready to get moving again and has announced a relaunch for November.

Brightline, which bills itself as the only provider of modern, eco-friendly high-speed rail in America, began testing its full operating train schedule between West Palm Beach and Miami this week, as it gears up to return to service next month.

In a recent announcement, company officials say the public will continue to see increased train traffic on the rail corridor as Brightline nears its relaunch.

Prior to the restart of operations, Brightline is implementing additional safety measures, including the temporary installation of Variable Messaging Signs (VMS) at high trafficked crossings, and the deployment of safety ambassadors throughout the community.

Brightline trains will operate at Federal Railroad Administration-approved and authorized top speeds of 79 miles per hour along the entire 67-mile corridor.

The company advises drivers and pedestrians to obey all traffic laws around crossings and never stop on the tracks. Pedestrians should remain alert and aware when near railroad tracks and only cross the tracks at a designated railroad crossing.

Trains will be adhering to quiet zones throughout testing and will not sound horns in designated areas unless there is construction occurring or an emergency situation.

During a virtual media update in mid-August, Brightline President Patrick Goddard detailed the company’s reopening schedule set to start the first half of November for service between Miami, Fort Lauderdale and West Palm Beach.

Mr. Goddard also outlined Brightline’s multiple service enhancements and investments, including new construction, investments in corridor infrastructure and safety, covid protocols, community engagement, and, as the company looks to resume, the implementation of a recruitment plan that will add 200 jobs in South Florida.

Among its new safety measures, Brightline will require all employees to be fully vaccinated prior to the reintroduction of service.

The company has identified and will implement a series of covid protocols, including an almost touchless transportation system. Safety measures include increased cleaning, pre-packaged foods, touchless bathrooms, cashless payment and electronic tickets.

Employees and guests will be required to wear masks in stations and on board all trains. Brightline features reserved seating, and the private four-person table configurations within each coach have plexiglass dividers, providing increased privacy and distancing.

Twenty five percent of the air in Brightline’s coaches comes from fresh air intake ducts and gets filtered before being mixed with recirculated air.

Brightline will also utilize a Needlepoint Bipolar Ionization (NPBI) system developed by Siemens, the manufacturer of the trainsets. Ozone-Free NPBI artificially creates millions of positive and negative ions and releases them into the forced-air circulation of an HVAC system. The ions, or charged particles, neutralize pathogens, viruses and bacteria, the company says.

Over the next year, Brightline says, it will invest more than $6.5 million in safety enhancements.

Construction on Brightline’s forthcoming 170-mile service extension from West Palm Beach to Orlando International Airport is more than 60% complete and is on track for completion in late 2022.

In total, Brightline says it expects to generate more than $6.4 billion in economic impact in the state.

Stations in Boca Raton and Aventura are expected to open in the second half of 2022, and discussions are continuing regarding expansion of the rail service to Disney Springs and Tampa.