Advertisement
The Newspaper for the Future of Miami
Connect with us:
Front Page » Opinion » Let’s look again: What if we privatized the postal service?

Let’s look again: What if we privatized the postal service? 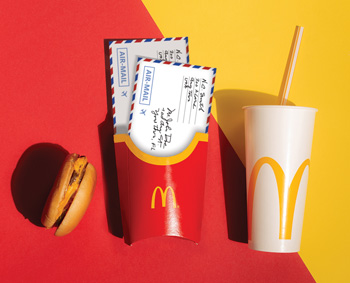 I asked that 30 years ago in this column not as a real option but to compare a stumbling federal agency to an efficient private giant. The post office was an ever-slowing turtle and McDonald’s was a fast-food champ.

If a major fast-food operation had really taken over the post office in 1991, however, today we’d be far better off, dollars to donuts – or dollars to quarter-pounders.

The issue is not prices: burger prices have risen just like mailing costs. But the post office suffers from ever-slower delivery and unpredictability while top private enterprises thrive in those categories.

On Friday the postal so-called “service” raised prices and officially slowed so-called “first-class” delivery by one or two days – that’s not the time a letter will truly arrive, but the time it’s supposed to if everything goes right, which it seldom does.

When I wrote 30 years ago, the price of a first-class stamp was rising to 29 cents. With Friday’s increase, that has doubled to 58 cents.

But for speed, service and predictability McDonald’s wins hands down. You will indeed get fast food. You will be treated well. And McDonald’s is uniform across the nation. None of that is true with the post office.

Recently I dropped six envelopes carrying checks into a mailbox. One check was cashed in four days, another in seven. Four hadn’t arrived a month later, though eventually all trickled in.

Of course, I could join millions who use electronic payment and skip the failed postal monopoly. The postal service is forcing this as if its aim was to deter use rather than provide service.

But if the post office cannot handle ordinary private commerce, what is it good for?

Many folks still rely on the post office. And they were left hanging out to dry Friday as official service aims were slowed a day or two for 60% of mail arriving in Florida – even if delivery hits the official aim. Remember, not one of my six letters made the delivery aim then in use, but there was no question of lost or stolen mail – just envelopes sitting somewhere waiting for something to get them moving.

Many think the postal service has a motto: “Neither snow, nor rain, nor heat, nor gloom of night stays these courageous couriers from the swift completion of their appointed rounds.” Though that statement by Greek historian Herodotus appeared on a New York postal building in the 1890s, the post office has never formally adopted it.

In the new official slowdown, postal service governors decreed that only half as much mail will henceforth travel by air. Deliveries are now based on truck service.

The impact will be huge. It will reduce by 12,000 tons yearly domestic mail going by air at Miami International Airport alone.

With every postal cost cut, prices rise and service slows. If McDonald’s had taken this path of providing much less at much higher cost it would have been out of business years ago.

Mailing has become a crapshoot. It’s not just a personal letter that’s late (who mails them anymore?) but vital content like medications. How can recipients be sure when they will arrive?

In a digital factoid, the postal service says with 31,000 retail offices it has more locations than McDonald’s, or Starbucks, or Walmart. True, but the others aim for efficiency. The post office isn’t too big to fail, and it’s failing. It expects a $160 billion deficit over the next decade – that’s starting to run into money.

Banks are warning that we have to act much earlier if we mail checks. But there is no warning for being a month late on four out of six letters.

We gave our postal service alleged “independence” in 1971, but it’s still an agency of the executive branch. Appointees of a president sit on a board controlled by a presidential appointee and tinker with who gets mail how late – assuming that schedules are followed.

Schedules begun Friday say 88% of first-class mail going to two-day delivery zones should actually make it in two days – the target is 12% failure if all goes well.

In zones where first-class mail is expected to take three to five days, only 69% of mail making even those woeful goals equals success. If 69% of all letters mailed to a five-day-delivery site on a Monday arrive by Saturday, the post office can say it is right on time. That’s 31% built-in failure on even far slower new standards.

The United Kingdom, Germany and others in recent years privatized their post offices. So it’s no longer a crazy idea: What if McDonald’s or Starbucks or Walmart ran the post office? Could we possibly do worse that we are targeting today?