Advertisement
The Newspaper for the Future of Miami
Connect with us:
Front Page » Real Estate » Theater lease heads for Miami Beach commission OK 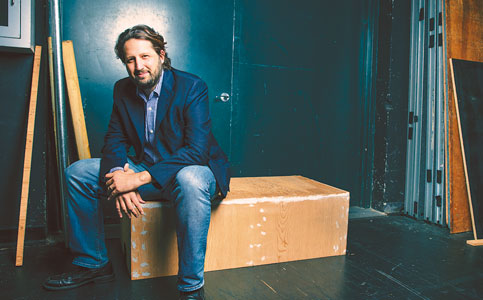 The Collins Park cultural center and theater is to seal a lease with Miami New Drama in October, after the city com­mission and Planning Board unanimously passed a term sheet agreement for a lease in June.

After non-for-profit present­ing and producing arts organiza­tion Miami New Drama submit­ted an unsolicited proposal for a cultural space at the Collins Park Garage last year, commissioners voted to wave competitive bid­ding in January. The next step was a lease to be approved by the Miami Beach City Commis­sion and the Planning Board. On Sept. 30, city officials are to read the full lease and in October the final lease is to be presented to the commission and board to be approved and signed, said Mi­chel Hausmann, artistic director and co-founder of Miami New Drama.

“If it gets approved like the term sheet, then it’s the full green light for the project to move forward,” Mr. Hausmann said.

The Collins Park Garage, at 23rd Street between Park and Liberty avenues, would have 513 parking spaces and 15,000 square feet at the bottom floor for the cultural center that would feature a 200-seat black box theater.

The city is to have a project budget of $4.75 million and Miami New Drama is to cover the rest to round it up to $5 mil­lion, with $250,000 including the architect fees. TEN Arquitectos’ Enrique Norten is to design the cultural center.

“We will be responsible for operating and we will be invest­ing heavily every year in world-class programming to bring a world-class cultural space,” Mr. Hausmann said. “It will also so­lidify Collins Park as a cultural neighborhood with neighbors like the Miami City Ballet and the Bass Museum of Arts.”

The cultural center is to in­clude a Blackbox theater, a café and educational spaces, which are to be installed in conjunc­tion as a rehearsal space for both Lincoln Road’s Colony Theater programming, which Miami New Drama also manages, and for the Collins Park Blackbox programming.

“We also have a very aggres­sive department of education at Miami New Drama. We serve close to 10,000 public school students each year with youth enhancement programs by bringing students to the Colony to see plays, act in plays and travel within the school system,” Mr. Hausmann said. “The edu­cational spaces will also have summer and winter camps, and afternoon program where we will be teaching kids theater.”

The question of when the public will be able to see perfor­mances, Mr. Hausmann said, “is really a question of how fast the City of Miami Beach can fund the project. Once it’s finalized, hopefully in a year or a year and a half, we will be ready with ambitious new programming.”

But a spokesperson for the city said funding for the Collins Park cultural space has not been yet identified and appropriated.

Economic Director Rickelle Williams said in July that the city has until 2024 to find a source to fund the project. Miami New Drama would have a year after the final lease was signed to raise the remaining amount to cover the $5 million budget.

Miami New Drama is cur­rently hosting virtual playwrit­ing workshops for middle school and high school-age children, held by actress and playwright Maria Corina Ramirez from Sept. 18 to Oct. 30 in eight ses­sions. Some productions like “A Wonderful World” have been postponed until further notice due to Covid-19 restrictions, but the “Puras Cosas Maravillosas” play at the Colony Theater is open and extended until Sept. 26.

“The programming we do at the Collins Theater, combined with this one, will bring in about 90,000 spectators to Miami New Drama, to Miami Beach, every year, which is a few thousands more than what Art Basel brings,” Mr. Hausmann said. “That’s something we feel it’s achievable, with people coming for the education programs and the music programs, the café and of course the 200-seat Blackbox theater. We are thrilled about the creative possibilities of this space.”