Advertisement
The Newspaper for the Future of Miami
Connect with us:
Front Page » Government » Former assistant to run Miami International Airport 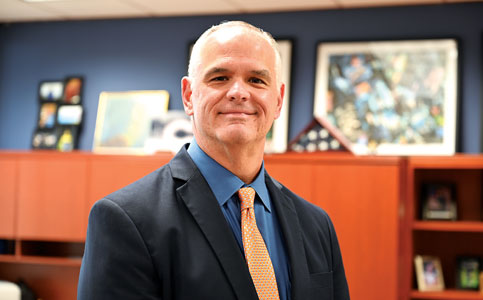 Mayor Daniella Levine Cava has appointed Ralph Cutié as Miami-Dade Aviation Director after he served as interim director since June. More than 100 people applied for the position, a process that ultimately led to the appointment of the 30-year county veteran official to the post responsible for the county-owned Miami International Airport and four general aviation airports.

Prior to serving as interim director, Mr. Cutié was assistant director for facilities management and engineering in the Aviation Department, where he oversaw more than 440 employees, an annual operating budget of nearly $123 million and a reserve maintenance budget of $30 million, a memorandum from the mayor making effective the appointment details.

“Ralph has served as interim director since June, demonstrating his great expertise and professionalism, and his clear qualifications to serve in this important role,” the mayor wrote.

Among responsibilities of the position are oversight of an approximately $945 million operating budget and $4.5 billion capital budget, 1,400 employees, an annual business revenue of $31.9 billion, and management of airport-wide modernization capital projects planned for completion over the next five to 15 years, according to the job description posted by the county.

The two-month search for a director had well-known candidates.

Compensation details have not been released but as interim director, Mr. Cutié had a salary of $255,000. His predecessor, Lester Sola was paid $406,000 in 2020. Mr. Sola resigned in June after serving between 2018 and 2021. He now is an assistant city manager of Miami Beach.