Advertisement
The Newspaper for the Future of Miami
Connect with us:
Front Page » Healthcare » County throws lifeline to hospitals drowning in Medicaid 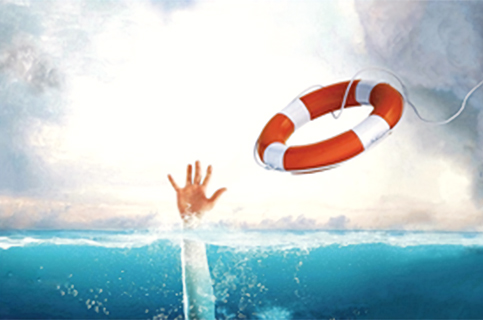 Miami-Dade County now has a Medicaid Hospital Directed Payment Program (DPP) to give local hospitals financial relief made necessary by unreimbursed Medicaid costs.
The ordinance by Commissioner René García, unanimously approved Sept. 1, would take effect in ten days. The program would provide financial relief to Miami-Dade hospitals, which incur $524 million in unreimbursed Medicaid costs each year. Currently, Miami-Dade has nearly 17% of the state’s Medicaid enrollees, a memo from Chief Financial Officer Edward Marquez says.
The DPP is a Medicaid matching program funded through local non-ad valorem special assessments on local hospitals. The revenue generated through this special assessment is placed in a local provider participation trust fund and is matched with federal funds to provide hospitals with supplemental Medicaid reimbursement.
“The passage of this ordinance will ensure that our community’s low-income patients benefit from enhanced healthcare services, and hospitals are able to improve their facilities and patient care through the creation of this program, which ensures Miami-Dade County and its residents receive their fair share of federal Medicaid funding,” said Commissioner García in a press note.
Commissioner Rebeca Sosa expressed similar sentiments at the meeting. “When hospitals face staggering losses, they cannot provide the care necessary for the population, those losses prevent or delay upgrades to facilities and staff, and they can create pressure on public facilities. So, it’s a pleasure to join our senator Rene García and all my other colleagues in this item.”
At the July 8 commission meeting, four representatives from local hospitals spoke in favor of the now-approved ordinance. Gino Santorini, CEO of Mount Sinai, said Medicaid comes at a loss in terms of covering the costs, so “this is an opportunity to unlock some federal funds, which would bring about $300 million down to offset that which will really help to benefit all the hospitals, the employers and the county health in general.”
Dawn Javersack, chief financial officer (CFO) of Nicklaus Children’s Health System, said “seven out of every 10 patients that we see are Medicaid beneficiaries and they represent some of the most vulnerable population… This is really important in terms of the care that’s provided to those patients.”
Sanjay Shetty, president of Steward Health Care North America, and Dawn White, vice president of Government and Community Relations for Baptist Health, also expressed support for the creation of the program.
“I am so pleased that the county commission unanimously supported this innovative mechanism for drawing down more funding to cover the costs of care for our low-income residents,” said Mayor Daniella Levine Cava in a press release. “Our local hospitals treat patients with professionalism and compassion. They deserve our support so they can meet the healthcare needs of Miami-Dade families.”