Advertisement
The Newspaper for the Future of Miami
Connect with us:
Front Page » Top Stories » Report on cashless zones shortchanged 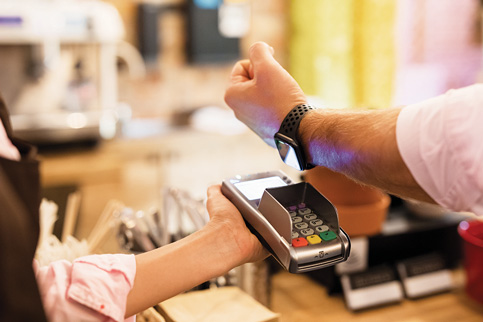 County commissioners are still awaiting a report from the mayor’s office to determine the feasibility of prohibiting cashless zones in Miami-Dade County. The resolution, prime-sponsored by Sen. Rene Garcia, was unanimously adopted by county commissioners May 4.

The document urges Congress to enact legislation to prohibit US retail businesses from refusing to accept cash payments for goods and services, and directs County Mayor Daniella Levine Cava report on the feasibility of banning cashless zones in the area.

“So that means that her office would put together a report and then come back to the county commission to see if there is something that should be implemented or not,” Mr. García told Miami Today in June. The report, according to the resolution, should have been presented to county commissioners within 30 days of the effective date of the resolution.

Nonetheless, no study has been yet presented. “We followed up with the attorneys in their office, but they still haven’t given us a day when they will come back to us with that,” Sen. Garcia said this week. “I assume that [the delay was caused] because of all the situations and issues that have been happening in our county, such as Surfside.”

Sen. Garcia said that hopefully in September commissioners would have a report back, since August is the recess month for the commission.

A Miami Today report on the legislation April 20 explained that no federal law bars private companies from refusing cash, and businesses “are free to develop their own policies on whether to accept cash unless there is a state law that says otherwise,” according to the Federal Reserve System’s website.

“The whole premise of the resolution is the fact that you have a lot of organizations out there that are banning cash, and they [customers] need to have a credit card to use their services,” Sen. Garcia said. “The perfect example is when you do the parking. Now, if you don’t have a credit card, you don’t have an app, you can’t pay in cash, and that itself is a problem.”

A second problem Sen. Garcia identifies is that people are also getting charged interest for using a facility when they have to pay with credit cards. “That is not good for the working class and for the poor people in our community,” he said.

In January 2020 the New York City Council voted to prohibit businesses from only accepting credit card, debit or digital payments. Philadelphia has a similar ban, effective since Oct. 1, 2019, and Massachusetts has required establishments to accept cash since 1978. Similar legislation exists in San Francisco and New Jersey.

“There was a resolution in the Congress but it didn’t pass,” Mr. Garcia told Miami Today in June. “It was introduced but it was never heard and they are going to do it again next year, so this is why I want to make sure that there is support for that legislation down here.”