Advertisement
The Newspaper for the Future of Miami
Connect with us:
Front Page » Government » Central command system will help traffic signals get smarter 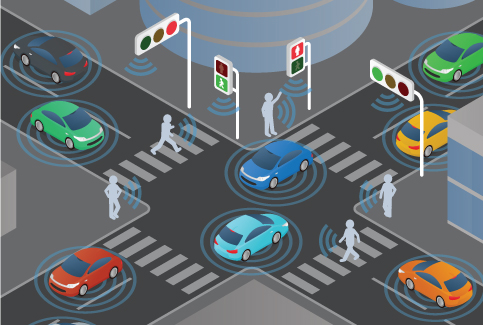 Miami-Dade continues updating traffic signals to become smart signals that adjust traffic light timing according to the current traffic to ensure it flows as fast as possible. The upgrade is part of agreements the county has with companies Econolite and Siemens Mobility and the goal is to improve a total of 2,900 signals countywide.

Back in April the county had already installed 347 signals, Miami Today reported at the time. These were part of the contract with Econolite, and the remaining signals would be updated by Siemens Mobility, Frank Aira, chief of the Traffic Signals and Signs Division at Miami-Dade County, confirmed.

“What’s been happening since February is that the central command system for the signals for Siemens is being developed,” Mr. Aira said. “All the servers, the communication servers, the data servers are all being created, as well as the software is being loaded and tested with the features that the county has required that they be available from the moment they turn it [the signals] on.”

County commissioners OK’d in May 2020 the $150 million contract with Siemens Mobility to upgrade the remaining signals. Between October and November this year the county expects to start deploying and installing Siemens’ signals in the intersections, Mr. Aira said.

With the 347 signals already installed across 12 corridors, an average of 10.9%-time savings in the morning and 12.94% during the afternoon peak hours have been achieved, according to the business plan of fiscal years 2021 and 2022 of the Department of Transportation and Public Works.

“The projected plan is that there’ll be a minimum of 500 intersections upgraded every year, and actually, that number is probably going to be closer to 700 based on the effort that’s going on,” Mr. Aira said.

The areas where the upgrade for the smart signals will begin is still unknown. The installation “is going to be based on the corridor and the area, because you try to do the entire corridor or street, so that it stays in coordination and traffic maintains itself,” Mr. Aira explained.

The county would have to group the streets and corridors before getting into the field. Although the contract with Siemens is for nine years, most of the signal work would have to be done during the first four years of contract.

“Around February or March 2025 all the signals should have been upgraded to the new traffic controller, which is the computer, and then all the adaptive features and power of the system will be will be completed by the beginning of 2026,” Mr. Aira said.

The service from the company includes updates to the software. As new technology comes in, they would have to be incorporated into the system. Through the seven years of the contract, all the adaptive controls have to be installed, Mr. Aira said.

The technology and services, according to the company, have been used for traffic systems upgrade projects in over 300 cities, including ATMS projects in Seattle, WA; Delaware; London, and Bogota, Colombia.