Advertisement
The Newspaper for the Future of Miami
Connect with us:
Front Page » Top Stories » New book tells the story of the “Other Mother” of Miami

New book tells the story of the “Other Mother” of Miami 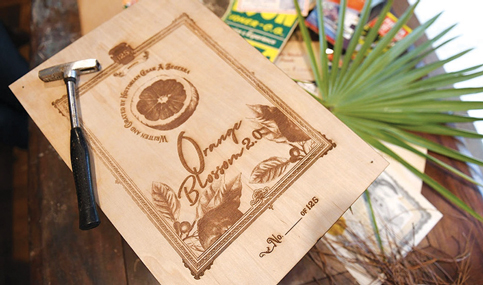 Often overlooked as being a founder of Miami, Cesar A. Becerra’s new book “Orange Blossom 2.0” tells the untold story of Miami’s “other mother” Mary Brickell, giving her the recognition she deserves.

Since the celebration of Miami’s Centennial 25 years ago, Mr. Becerra has been on a mission to find the truth about Mary Brickell’s history. In his new book, he shares new documents and evidence that Ms. Brickell could very well be the most marginalized female founder in Miami history.

In 1871, William and Mary Brickell moved to the area that would later be the City of Miami. Once settled, the Brickells purchased and accumulated land south of the Miami River and Fort Lauderdale. After her husband’s death in 1908, Ms. Brickell took control of the real estate empire and became the family’s business head.

If it weren’t for Mary Brickell and Julia Tuttle contributing land to Henry Flagler’s Florida East Coast Railway, there wouldn’t be a Mami, which brought growth and development and placed the city on the map, Mr. Becerra said.

In 1890, when her father died and left her his land in Florida, Julia Tuttle sold her home in Cleveland and moved to Biscayne Bay. Ms. Tuttle used the money from her parents’ estate to purchase the James Egan grant of 640 acres on the north side of the river called Fort Dallas, which eventually will be the heart of the city of Miami.

Ms. Tuttle decided to take a leading role in the movement to start a new city on the Miami River, but knew that reliable transportation was necessary to attract development. She wrote unanswered letters to Mr. Flagler to help build a railroad. The Great Freeze of 1894 devastated the old orange belt of central and northern Florida and wiped out valuable groves overnight. Ms. Tuttle alerted Mr. Flagler that the freeze had spared the Miami River, sending as evidence a bouquet of flowers and foliage, possibly orange blossoms, which convinced him to extend the Florida East Coast Railway to Fort Dallas.

“These are truly remarkable women who got together and negotiated with one of the trickiest, most ruthless barons, Henry Flagler,” Mr. Becerra said. “He was hard to deal with, but he could not do what he wanted to do without dealing with these two women.”

With almost 6,000 acres in her name, Ms. Brickell was one of the largest landowners in Florida and possibly in the nation at a time, while in other states women could neither vote nor own land, Mr. Becerra said.

“If you think about it today, to own 6,000 acres of land was ludicrous,” he said. “She was the first female real estate agent. Julia [Tuttle] always had a male figure she hired to sell her land, but Mary sold her own land. She was a powerhouse and yet she’s been forgotten.”