Advertisement
The Newspaper for the Future of Miami
Connect with us:
Front Page » Real Estate » Miami-Dade office vacancies highest in 8 years 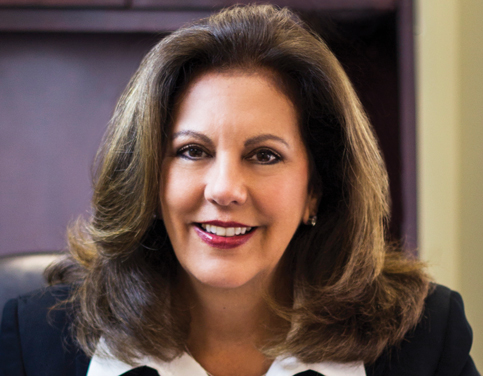 Florida’s economy is fourth-best in the nation in bouncing back from the plunge during the pandemic, but Miami-Dade’s office vacancy rates are also the highest they have been in eight years, at 16.9%.

Even though vacancy has grown, so have newly signed leasing rates, by 8.6% since mid-year of 2020 and by 13.3% since the beginning of the pandemic.

Although there is a larger supply of space, it is being met with an increasing level of demand from tenants who are able to pay higher asking rents since many of them are coming from the financial and tech industries, according to Donna Abood, principal managing director of Avison Young.

“During the pandemic, office space real estate was flat for about eight months,” she said. “People were out of the office for a year. Some are still slow to return the office.”

Tenants that signed leases during the heat of the pandemic were mostly lease renewals and took short-term leases or downsized. Now that the pandemic is receding, some tenants are stepping back out to tour the market, Ms. Abood said.

“Working from home became a habit. A small percentage will not return and will opt for jobs that they can do remotely, but for the most part people are coming back to the office,” she said. “They want to get back to what they consider a normal life.”

Leasing through mid-year 2021 totals 55.4% of all leasing activity recorded in 2020 and will continue to grow at its current pace through the end of this year, Ms. Abood predicted. It’s also important to note, she said, that Miami has seen a spike in new-to-market tenants in the fintech, tech, private wealth and financial-related industries that have opted for 10- to 12-year lease terms. Some of this new business is coming from the Northeast.

The people who are returning to the office are not just from Miami. Although the pricing trends have spiked in the central business district with landlords asking $75 to $80 per square foot, companies from the Northeast and West Coast have moved to Miami because the rental rates appear reasonable to them, Ms. Abood said.

“In Manhattan, the average is $84.50 per square foot. In Los Angeles it is anywhere from $70 to about $80,” she stated. These lower overall rates, together with a more favorable tax structure, create some operational efficiencies that coupled with the quality of life makes Miami a difficult city to refuse, she stated.

“The reason that rents have spiked significantly in the last year in Miami is largely due to new construction deliveries and competition with a new trophy office tower, 830 Brickell, which is why some landlords are now asking $75 to $80,” Ms. Abood said.

Average asking rents have increased by 13.3% in Miami since the beginning of the pandemic, growing from $40.63 per square foot on a full-service basis to $46.05. It’s the activity in the market that has made landlords increasingly confident about achieving premium rents in new class A and trophy buildings, Ms. Abood said.

Avison Young predicted that the rate of increase in rental rates will level off by the fourth quarter of this year.
During the peak of the pandemic last year New York and California shut down, but Gov. Ron DeSantis was working to keep Florida open, Ms. Abood said, a progressive environment for business.

“If there is an oversupply, you think rates would drop. But class A buildings in Brickell are up 10%. This is because companies from New York City and Los Angeles view it as a bargain. The buildings they move to got what they wanted,” Ms. Abood said.

The businesses that are moving to Miami are reducing the unemployment rate because they are hiring, according to Ms. Abood.

Unemployment in Miami has declined since the height of the pandemic and was 5.9%, only a bit behind the US rate of 5.8% as of May, according to Avison Young data. More current data released last week by the US Bureau of Labor Statistics, however, showed Miami-Dade’s unemployment rate at 7.1%, up from 6.7% in May and the county’s highest since March.

“Newly developed office buildings in Miami over the last five years have largely been class A or trophy properties, and total new development during that period has totaled 3.8 million square feet,” Ms. Abood said. “Much of this space has been leased, which has also served to put upward pressure on asking rents.”

“Employees will come back. People who run their businesses based on creativity, such as marketing and public relations, will be back in an office,” Ms. Abood predicted. “People who work in team structures have returned to their offices. Real estate businesses need to be collaborative. Law firms as well. People want to return to a normal life, and they will.”

“There is also anecdotal evidence that some companies that heavily rely on information, such as data rich servers and investment management companies, will need to return to the office,” she said, “as working from a typical work-from-home environment cannot satisfy the needs of the job.”

One Response to Miami-Dade office vacancies highest in 8 years