Advertisement
The Newspaper for the Future of Miami
Connect with us:
Front Page » Real Estate » Pleas derail higher maximum cost for affordable homes 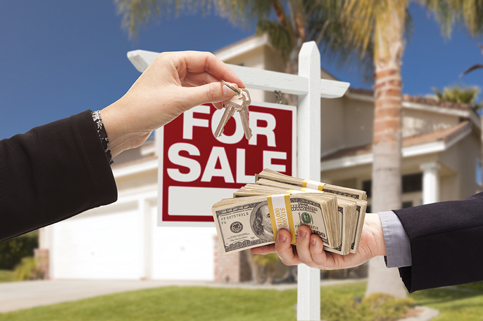 “If we are not raising the minimum wage, if we are not raising our income, low-income families can’t afford a house for that price,” resident Christine Olivo told last week’s county commission meeting, when an effort to raise the maximum sales price of homes in Affordable Housing Programs from $205,000 to $299,000 was due for a final vote but later deferred.

“I understand that we have an issue with the developers and they need to pay for their cost of material and their labor. But I urge them to build townhouses or find another solution, but let’s not raise the low-income housing prices to $299,000. Consider the people,” Ms. Olivo told the commissioners present.

The ordinance, sponsored by commissioners Eileen Higgins, Jean Monestime, and Danielle Cohen Higgins, aimed to increase the top sales price that developers can put on affordable housing properties, would establish a new methodology for revising it, and suggested removing the maximum purchase price for homes bought under the Homebuyer Loan Program. But after three people spoke against the ordinance, commissioners deferred it.

“I can tell you if we move to $299,000 there are two and a half times more units, condos and homes coming on the market for the available first-time homeowners. So that is a dramatic increase in the number of units available,” Ms. Higgins assured Miami Today earlier. “We will move from a position where we can barely even think of building homeownership units on county land, to being able to build them.”

Joan Rutherford, another attendee, said “I know that I can’t pay and I know the people that live around me can’t pay either.” She argued it was not fair to tenants who are struggling. “Maybe other areas can afford it, but I know my area is struggling,” she said.

Sharon Stevens, another speaker, argued that until Florida has a $15 or $18 minimum hourly salary, the ordinance should not be considered. “I am asking you commissioners for your support; if you see something, then say something.”

The ordinance under consideration not only would have affected future projects but also the maximum sales price “set forth herein may be applied to properties conveyed or projects funded prior to the effective date of this article upon the adoption of a resolution, sponsored by the district commissioner where the property or project is located.”

The memorandum on the ordinance recommended exploring “every feasible funding source to increase the subsidies provided to low-income homebuyers, including the possibility of using state housing initiatives partnerships (SHIP) program funds.” Nonetheless, that would have come from other legislation, Ms. Higgins had assured Miami Today earlier.

During 2017, 2018 and 2019 only 91 houses were developed and sold through the Infill Housing Initiative Program; and from March 1, 2018, to Feb. 28, 2021, only 65 homes annually were funded through the county’s affordable housing second mortgage program, the memorandum with the proposed ordinance said.