Advertisement
The Newspaper for the Future of Miami
Connect with us:
Front Page » Profile » Jacqueline Calderín: Chairs the board of New World School of Arts Foundation

Jacqueline Calderín: Chairs the board of New World School of Arts Foundation 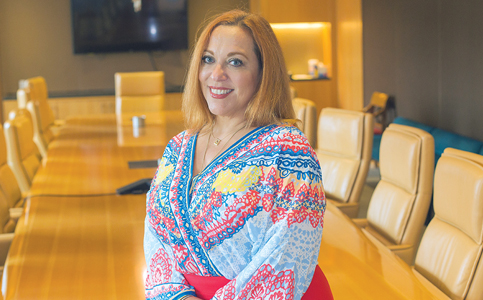 Jacqueline Calderín was struggling to make ends meet while in law school when she had to make a heartbreaking decision and tell her daughter, a young, disciplined ballet dancer, that she could no longer afford to pay for lessons and toe shoes.

Her daughter attended the Miami Conservatory, now called the Armour Dance Theatre. When Ms. Calderín told its then-executive director what she’d decided, she got a surprise.

“I said, ‘Lauren’s going to take a break for a couple years while I’m in law school because I just can’t do this.’ There was no money. I was broke,” she said. “She told me, ‘No, we’re going to cover her shoes and tuition until you can afford it.’ Because of that, Lauren got an excellent education in classical ballet.”

That kind, generous gesture had reverberating effects. As a result of her daughter’s being able to remain in ballet, she auditioned and was accepted on an early scholarship to the New World School of the Arts (NWSA).

“There’s no way I can overstate the value of the background and education she got at the Miami Conservatory and for getting into New World,” Ms. Calderín said. “I decided that when I became an empty nester, these were the boards I wanted to serve on and the causes I’d support, ones that provide for kids who are talented and motivated the opportunity to excel as artists.”

This month, after three years serving on the board of the NWSA Foundation, Ms. Calderín was elected to be its chairperson.

During her term, she hopes to boost the foundation’s efforts in fundraising and seek more participation from the public. Despite New World’s strong standing as an educational institution, she said, there still aren’t enough resources in the arts.

“Kids who are talented in sports have more opportunities. Schools heavily recruit them even if they’re not supposed to, but there isn’t always that equivalent for children who are talented artists,” she said. “New World is a school where a child auditions. They take no interest in what a parent makes, what color their skin is or where they were born. You get there on pure merit.”