Advertisement
The Newspaper for the Future of Miami
Connect with us:
Front Page » Top Stories » Venetian, Rickenbacker Causeway redevelopment sought 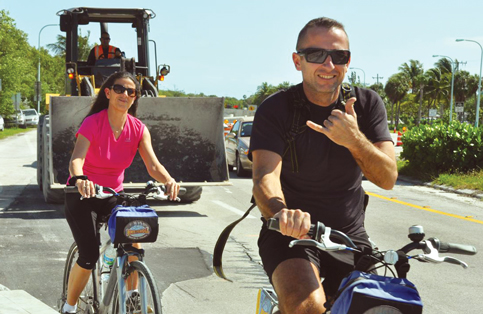 Miami-Dade County received an unsolicited proposal from a consortium of firms, identified as the Plan Z Consortium, for a project to improve the Venetian and Rickenbacker causeways and Bear Cut Bridge. Now, county commissioners are today (7/8) to discuss the proposal and authorize the mayor to open a solicitation to others for the same project purpose.

Partners Group (USA) Inc., a private markets firm based in New York, since 1996 has invested $145 billion in private equity, private debt, private real estate, and private infrastructure on behalf of its clients globally, its website says.

The county received the proposal March 3, evaluated it and determined it was “financially viable” and consistent with a multinational strategy to eliminate all traffic fatalities and severe injuries, while increasing safe, healthy, and equitable mobility that the county had previously adopted.

The purpose of the project, according to the legislative file, is the need “to provide cyclist, pedestrian, and driver safety along the most heavily traveled county corridors.” Both causeways are traveled by more than 11 million vehicles, 500,000 cyclists and 250,000 pedestrians yearly. Nonetheless, there is no physical barrier between cars and bikes.

Thus, if the resolution is approved it would authorize the mayor to open a competitive solicitation for the same project to other companies. The county estimates that fiscal impact is below $500,000 and is limited to the costs to advertise the solicitation and to review submitted proposals.