Advertisement
The Newspaper for the Future of Miami
Connect with us:
Front Page » Healthcare » University of Miami med school accepts 205 of 11,000 who apply 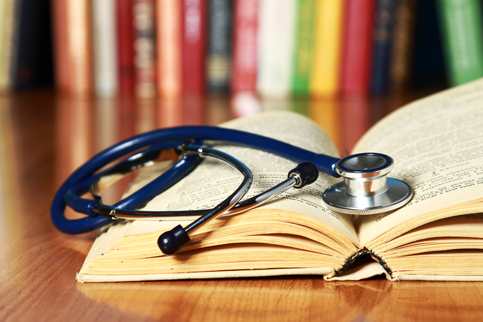 A projected physician shortage still looms over the US even as medical school acceptance rates hover in the single digits, but the magnitude of the shortage anticipated by the Association of American Medical Colleges has shrunk slightly.

Last year, a report produced by the association said the US could be facing a shortage of up to 139,000 physicians by 2033. An updated report, completed last month, puts the high end of the spectrum at 124,000 by 2034. At best, it said, the shortage could be around 37,800 physicians, with a significant segment of the shortages being in primary care.

At the University of Miami, said Dr. Latha Chandran, executive dean and founding chair of the Department of Medical Education at the Miller School of Medicine, over 11,000 students applied for this year’s incoming class of 205 students, she said, and 500 were interviewed for the slots. Even though a shortage lies ahead, she said, medical schools are limited to the number of students they have the facilities to train and by the number of residency spots available for them once they graduate. Government intervention and creative solutions, she said, will be needed going forward to safeguard public health.

Acceptance rates and the number of matriculated students, she said, actually aren’t at historical lows despite the highly competitive nature of admission. In 2006, the association called on medical schools to expand class sizes by 30%, according to its website, and many complied. By 2019, it said, medical school enrollment was 31% higher than it had been in 2002. First year enrollment at US schools in 2019, it said, was 21,622; for the 2020-21 academic year, it had jumped to 22,239.

Still, Dr. Chandran said, a shortage of doctors lies ahead and the solution is complex. The pandemic, she said, highlighted disparities in the healthcare system that will be compounded by a growing lack of doctors. Rural areas and underserved populations, the association’s report said, may be hit harder by the unmet demand.

One possibility recommended by the National Academy of Sciences, Engineering, and Medicine in a 2021 report titled ”implementing High Quality Primary Care in the US,” she said, focuses on placing graduates in post-medical school training programs in high-need areas, as many new physicians end up working and living where they complete their residency.

Another suggestion in this report includes utilizing teams of medical personnel including professionals like doctors, nurses, physicians’ assistants and mental health workers to respond to the needs of a given community as a group.

According to the association’s report, the shortage of primary care physicians will be roughly 17,800 to 48,000 by 2034. Geriatric physicians, Dr. Chandran said, will also become increasingly needed as the US population continues to age.

The amount and type of residency spots available, Dr. Chandran said, do not line up with these changing and growing needs. Further, she said, students – many of whom are in six-figure loan debt by the time they graduate – may be inclined to choose a higher-paying specialty than a position as a primary care provider.

Financial incentives and government help, Dr. Chandran said, will be necessary going forward, and some changes have already been made. For example, this year The Consolidated Appropriations Act of 2021 created 1,000 new Medicare-funded residency slots – the “first significant increase in Medicare funding for residency training in almost 25 years,” according to an analysis by McDermott Will and Emery law firm.