Advertisement
The Newspaper for the Future of Miami
Connect with us:
Front Page » Communities » Miami Dade College cuts pandemic enrollment drop in half 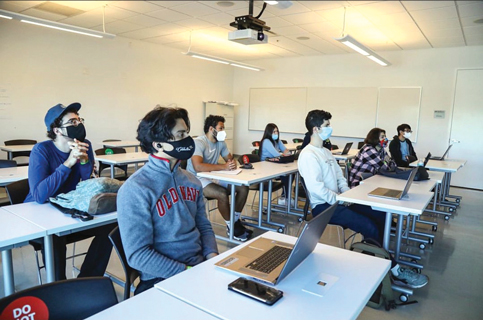 Miami Dade College continues to see an increase in enrollment, narrowing its gap to a 6% total decline from pre-covid days compared to 12% last fall.

The college was standing at an overall 7% decline during the spring semester compared to pre-covid enrollment. With the completion of the summer semester and now heading into the fall, the decline has decreased by a percentage point, according to Dr. Malou C. Harrison, MDC’s executive vice president and provost.

Miami Dade College saw a large enrollment drop in fall 2020 due to the pandemic, with about 53,500 students compared to almost 61,000 in fall 2019. In September 2020, the college experienced the largest percentage decline at 17%, which was reduced to about 12% during October’s mini-term enrollment push.

Miami Dade is one of the nation’s largest public colleges. Founded in 1959, it now has eight campuses and 21 outreach centers.

“We’re still enrolling right now for our fall 2021 semester because it doesn’t start until Aug. 23, but we’re now 2.1% up in student credits and about 4.7% up in actual students and headcount,” Dr. Harrison said about the increases being seen at all MDC campuses compared to this time last year.

Students who are continuing their studies with the college are at a high rate, with a 19% increase in terms of fall enrollment, she said.

“When we look at first-time students, we are seeing a 13% increase in comparison to last year at this time,” Dr. Harrison said. “In both groups, we are moving in the right direction. The momentum is great.”

When looking at ethnicity and race, there is an 18% increase in Black and 3% in Hispanic student enrollment numbers, she added.

Rising Black Scholars, a new program that was launched during the summer, enrolled 130 local black high school graduates. The instituted program addresses equity gaps and ensures that Black youth in the community have an opportunity with no financial burdens, Dr. Harrison said. “And, equally important is the wraparound holistic services that we will provide for this group of students to ensure that they are successful, both academically and really holistically.”

Another 650 local high school graduates were able to enroll during the summer through the Fast Track Sharks program.

“These students took six college credits as a leg up and their intro to college as they move into the fall term, fully enrolled as students,” Dr. Harrison said. “This summer has been and continues to be very robust for us in terms of enrollment, but what we’re most proud of is the young people who we have been able to bring in early to give them that jumpstart in college.”