Advertisement
The Newspaper for the Future of Miami
Connect with us:
Front Page » Communities » Coral Gables turning up the volume at downtown eateries

Coral Gables turning up the volume at downtown eateries 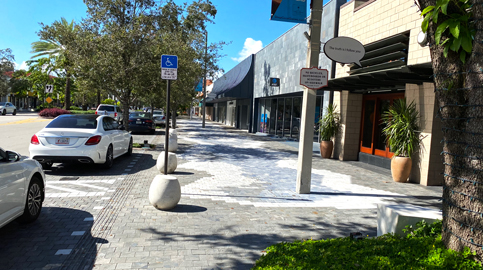 During Tuesday’s city commission meeting, city officials voted 4-1 to move forward with an ordinance that would create an additional exemption to the city’s noise ordinance allowing outdoor live amplified music on private property throughout Central Business District. Another commission vote would be required to enact the change.

After submitting plans detailing where the performance will be held and any proposed noise attenuation, only establishments within an outdoor active dining permit can get this upper music permit, said Cristina Suárez, Coral Gables’ deputy city attorney and prosecutor.

“Outdoor live amplified music is defined to focus on vocal and instrumental performances that are live only,” Ms. Suárez said. “That would exclude any pre-recorded music, any televised sporting events, and things of that nature.”

The ordinance also includes proposed hours of operation of Fridays from 5-11 p.m., Saturdays from noon -11 p.m., and Sundays from noon-9 p.m. Once approved, music can go up to 85 decibels when measured from 100 feet from the real estate property line, Ms. Suarez said, “and if the city manager approves a higher level based on the noise attenuation or the plan that is provided that can be agreed upon.”

“I’ve met with several business owners who are really looking to be able to do this in a responsible way. I think if it’s done by 11 p.m. on a Friday or Saturday night, that’s a reasonable time period,” he said. “And mostly what I’ve found is that business owners want to have clarity and follow the rules.”

Having a unique position of being a resident and commissioner who lives closest to Central Business District, and within walking distance, Rhonda A. Anderson, who was the only commissioner to vote against the city code exemption, said she has received an enormous amount of commentary from fellow residents that discretion to increase live music to 85 decibels is not sitting well with the community.

“Before this item proceeds forward, we would need to have a workshop with the resonance field to demonstrate how far that noise flows,” Ms. Anderson said.

There needs to be a line on what needs to be done and how this topic is going to be addressed, Mayor Vince Lago said.

“Also, I understand Commissioner Anderson’s comments about potentially engaging in some sort of workshop. She would like to hold a workshop by just holding a workshop in between first and second reading,” he said. “I just know we need to move this forward. As a result of the fact that I can’t even enter how many times I’ve had to answer the phone from businesses or residents asking how we are going to address this issue.”

Some sort of message must be sent across the board on how to properly address these concerns, Mayor Lago said, “and again, I don’t want this to be taken out of context, but let me remind everybody our downtown didn’t pop up just yesterday. We need to make sure that people understand that our downtown is a vibrant place.”