Advertisement
The Newspaper for the Future of Miami
Connect with us:
Front Page » Top Stories » Florida Office of Financial Regulation head to try legislation again

Written by Kylea Henseler on May 18, 2021
Advertisement 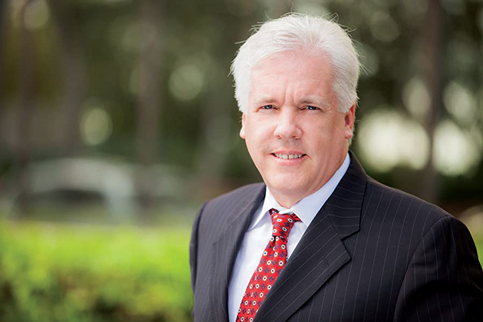 None of the policies that the state’s top financial regulator pitched to lawmakers made it through Florida’s regular legislative session that concluded last month. But Russell Weigel, who heads the Office of Financial Regulation, said a handful of them will probably be back next year.

For policies to not make it all the way through both houses the first time they come up, he said, is not uncommon, and the Office of Financial Regulation plans to keep working on these policies and others that may be picked up in the next legislature.

One issue he said is likely to get a good deal of attention and possibly pass at the next go-around is a bill that would regulate cryptocurrency. It passed the House of Representatives this year.

Cryptocurrency like Bitcoin, Mr. Weigel previously told Miami Today, is already included in the state’s money laundering statute but not its money transmission statute. Adding it to the latter, he said, would allow the state to regulate it but pose a host of new questions.

“There’s a number of consequences that come with stepping into this realm,” he said, “but we need to do it because digital assets are coming, there’s no stopping it, and Florida needs a reasonable policy.”

Two other bills Mr. Weigel backed regarding banking policy were also picked up this year but did not pass the full legislature. The first, Miami Today reported, would allow limited exceptions to Sunshine laws that would cloak applications for new bank charters until they are accepted or rejected. The law is intended to prevent a chilling effect on startups, as many individuals looking to start banks are already employed at other financial institutions and could jeopardize their employment by applying. This proposal, Mr. Weigel said, passed the House but didn’t make it through the Senate.

The second banking bill, which Mr. Weigel previously said would allow banks to exist without a brick-and-mortar footprint, got little traction in the House and did not pass the Senate floor.

In addition to these proposals, Mr. Weigel said he is hoping to bring new items to the next legislature to include an expansion of the Office of Financial Regulation’s budget and a three-tiered securities reform act that would “create an ecosystem for the funding of Florida companies.”

The office’s budget, Mr. Weigel said, has not grown in five years, and he is hoping to beef up investigative and enforcement capabilites. White-collar law enforcement officials, he said, are needed to analyze data full time and investigate crimes, many of which now occur in cyberspace.

In the coming months, Mr. Weigel said, a top priority of the office will be fine-tuning the details of the draft bill intended to provide and protect Florida jobs and create access to capital for Florida companies

The first tenet of this bill, Mr. Weigel previously told Miami Today, would allow Florida to adopt a disclosure-based system for securities offerings like the one the SEC uses. Currently, he said, the Office of Financial Regulation is required to review companies that want to register an offering to solicit investors. Under the proposed model, he said, “a company seeking capital has to disclose all material facts to prospective investors, and investors decide whether they want to make the investment.” This way, he said, the office is not required to weigh in on the merits of companies in the private sector.

The second tenet is crowdfunding reform, which, Mr. Weigel said, is important because under current laws companies have to go through an online portal registered with the state to get funding, and no such portals exist.

Mr. Weigel said one possible way to incentivize the creation of portals would be to allow them to function as limited function brokers, which handle marketing rather than money but are not limited to only crowdfunding efforts. A second idea, which he said requires more legal exploration, would allow companies to use the internet themselves instead of going through a portal at all.

The third portion of the bill, Mr. Weigel said, would allow Florida to license another type of limited-function brokers called “finders,” which would introduce companies and investors. California and Texas, he said, already allow this position. The finders, he said, would function similarly to portals in making introductions but would not handle cash, and the Office of Financial Regulation would be responsible for running background checks.