Advertisement
The Newspaper for the Future of Miami
Connect with us:
Front Page » Government » Miami International Airport gives 63 tenants another break 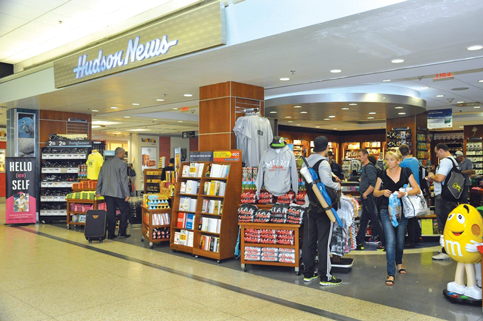 A year-old program forgiving rent and other payments by shops, restaurants, luggage wrappers and car rental companies at Miami International Airport (MIA) will continue past mid-2021 as business remains far below pre-pandemic levels.

Miami-Dade commissioners last week extended the program for a fourth time for 63 MIA tenants, one fewer than they approved to still receive fee and rent waivers in December.

If every company takes advantage through the program’s new July 31 deadline, the airport will have forgiven another $22.5 million, bringing the total amount waived at the airport to more $129.5 million.

Aside from waiving fees, Miami-Dade is still without a semi-permanent plan for how to help MIA tenants weather the brunt of the pandemic-spurred tourism downturn.

Commissioners directed Mayor Daniella Levine Cava’s office in December to develop “a forward-looking, long-term plan to provide financial assistance to concessionaires at MIA” by the end of this month.

“At the very least,” the directive by Rebeca Sosa said, the plan should “explore potential changes to existing [tenant] contracts and examine the impact of passenger volumes in relation to revenues generated” at MIA.

Work on the plan is underway but might not be finished by the April 30 deadline, said a memo by Commissioner Keon Hardemon accompanying the resolution extending the waiver program.

“In the meantime,” the item said, “continued short-term relief must be provided to assist certain business partners at MIA during these unprecedented times.”

The airport waived about $8.2 million per month from March 1 to Dec. 31, 2020. Between Jan. 1 and April 30 this year, MIA expected to waive another $33 million in rent and minimum guaranteed payments tenants normally would have to pay.

As before, tenants still have to pay the county about 15% of their gross revenues.

Passenger flows at MIA between March and December last year were 72% lower than during the same period span in 2019, as nearly 28 million fewer travelers arrived and departed from the hub.

Gross revenues for non-airline tenants fell in proportion over the same period, from $779 million to $227 million – a 72% dip, according to county figures.

In February, MIA staff announced that the airport had received $39.5 million more in federal relief funding. Mr. Sola said the additional funding and the air service the hub had added between mid-2020 and early this year “will keep us on an upward trajectory in 2021.”

The American Rescue Plan Act, which Congress passed last month, includes another $8 billion in airport aid, of which $800 million is to go toward helping non-airline tenants with pandemic-related costs and payroll assistance.