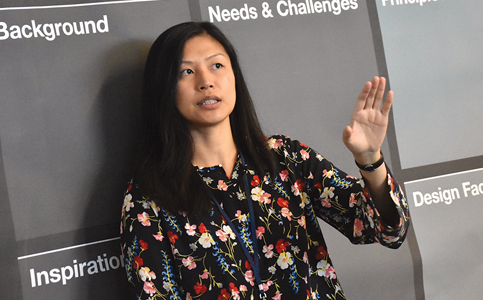 The Knight Foundation calls itself a “national foundation with strong local roots,” and it was this juxtaposition of country and community that drew data and analytics expert Kelly Jin to the Miami-based organization. As Knight’s newest vice president of community and national initiatives, she seeks to learn about the unique challenges and opportunities faced and provided by cities across the US in order to better serve these areas and the nation as a whole.

Before taking on the role earlier this year, Ms. Jin held a variety of positions in the private sector as well as for state, local and the federal government. Most recently, she served as New York City’s chief analytics officer and head of the Mayor’s Office of Data Analytics. In this role, which she held during the earliest months of the Covid-19 pandemic, Ms. Jin helped bring together the public and private sectors through the New York City Recovery Data Partnership, which allowed private organizations to responsibly share data with the city to help inform public health efforts and decisions.

She previously worked in the Obama White House’s Office of Science and Technology Policy, where she advised the chief technology officer and chief data scientist of the US, and served as director of the Laura and John Arnold Foundation.

In her new role, she will take her listening and communications skills as well as expertise in technology and analytics to help the John S. and James L. Knight Foundation better serve the 26 cities in which it operates, communities chosen because these are places where the foundation’s namesakes once published newspapers.