Advertisement
The Newspaper for the Future of Miami
Connect with us:
Front Page » Top Stories » Flow of US loans to small business easier for bankers

Flow of US loans to small business easier for bankers 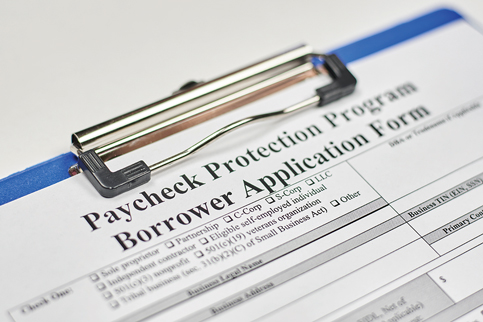 While some loan issue processes through the Paycheck Protection Program (PPP) have grown more complicated since the passage of the Cares Act last year, the ease by which banks have been able to get money to small businesses in need has grown in kind.

That should continue with a comparatively small injection of $7.25 billion into the program from American Rescue Plan Act that President Joe Biden signed into law last month, bankers here say.

“The second time around was definitely much smoother, the guidelines were clearer and, as a result, businesses were able to get access to the funds a lot sooner and in a much larger scale, which we felt great about,” said George Acevedo, South division director of consumer banking and wealth management for JPMorgan Chase, which led all banking institutions nationwide last year in total PPP funds lent and was among South Florida’s top lenders.

“The fact that there was more of an emphasis on the smaller businesses from the very beginning of the second round, that was very much needed,” Mr. Acevedo said. “And on this third round, there were clearer guidelines on how to help more businesses and more balances put aside for minority-owned companies and small businesses.”

According to a March 18 analysis by the National Law Review of the PPP, which provides direct incentives for small businesses to keep their workers on payroll, the American Rescue Plan Act expands loan eligibility to several small business types previously left out.

A big focus of banks and their federal overseers is ensuring that bad-faith actors who took advantage of the PPP program while not qualifying for it aren’t again allowed access to its funds, Mr. Acevedo said.

“There was learning from the first time around, [when] not as many small businesses benefitted,” he said. “Some loopholes were closed for that not to happen.”

That opened the door to more mistakes, he said, but it also eased lending and got money to mom-and-pop companies faster.

But guardrails, subsequent stimulus packages and refinement from the US Treasury have since slowed banks’ distribution of PPP aid, he said. The difference between the program’s onset and now is that all loans must be approved by the federal Small Business Administration – which pays banks fees to process the funds – before the loans can be administered.

In the fourth months following that rule change, Mr. Macedo said, the bank issued only 1,080 loans, a roughly 73% drop.

“It’s just a bottleneck,” he said. “All the banks at the same time are vying for one approval, and it doesn’t matter if it’s automated. It’s slower. People are getting the money and help they need, and the [Small Business Administration] is doing a terrific job, but it’s just slower.”

And it’s still necessary, said Roberto Muñoz, president and CEO of The Global Financial Group, as additional support for businesses and families hit hard by the pandemic remains vital to getting the country fully through the economic downturn.

The popular PPP got a comparatively small infusion through the new stimulus, but a huge chunk of the plan will directly help families. Such aid includes more than $34 billion in expanded Affordable Care Act coverage, $134 billion to help schools reopen, $300-per-week unemployment benefits per person through mid-July, $25 billion in rental assistance plus another $5 billion toward home energy and water costs, up to $3,600 in per-child tax credits and $160 billion toward vaccination development and distribution, including $20 billion for community vaccination centers and mobile vaccination units in remote areas.

“This is really a family program designed to help those in need as an umbrella, a blanket,” he said.

Like America, most leading nations in the world are spending huge amounts to stabilize their economies in the wake of the biggest global health event in modern history. As a hub for international business, Mr. Muñoz said, Miami-Dade is poised to rebound faster than other major US cities.

“All governments are indebting themselves during this time and have been for a while, and the reality is that our corporations are quite well-financed and in general not doing badly,” he said. “We will, as Americans, ride through this and continue building our nation. It’s what America knows how to do, and Miami is very much a leading city for that.”