Advertisement
The Newspaper for the Future of Miami
Connect with us:
Front Page » Communities » Zoo Miami plucks Atlanta star to be new leader 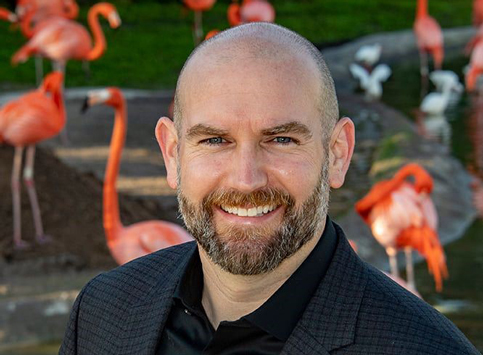 Zoo Miami has brought in William Elgar, formerly director of zoological operations for the Georgia Aquarium in Atlanta, as its new director. He replaces Carol Kruse, who retired.

Now in his sixth week as director, Mr. Elgar said it’s a great opportunity to hit the ground running.

“For me, it’s all about observing and evaluating to find ways to enhance or improve Zoo Miami with better guest and animal care,” he said. “I’m fortunate enough to have a unique perspective and bring different ideas.”

Born and educated in England, he has 20 years in zoological work and served the past six years at the Georgia Aquarium, where he managed all the aquarium’s animal operations staff, budget and exhibits.

This year, Mr. Elgar said he’ll focus on understanding all operations at Zoo Miami and collaborate with the county, especially with the local conservation and refreshing the master plan.

After a national candidate search, he was selected from a shortlist of eight by Miami-Dade County Parks, Recreation and Open Spaces Director Maria Nardi and a panel. The list was then shortened to three, who came in-person for interviews and tours the zoo.

He holds a degree in biology from Kingston University in Kingston-Upon-Thames, England, as well as a graduate diploma in management from Anglia Ruskin University in Coventry.

Mr. Elgar is a member of the Association of Zoos and Aquariums.

“Will is passionate about wildlife conservation, and I’m confident that he will further the mission and vision of the zoo and Miami-Dade County Parks,” Ms. Nardi said, “taking us to the next level in delivering extraordinary guest experiences, as we continue to increase conservation awareness and education throughout the county.”