Advertisement
The Newspaper for the Future of Miami
Connect with us:
Front Page » Business & Finance » Miami-Dade regains 21,600 jobs in one-month recovery climb 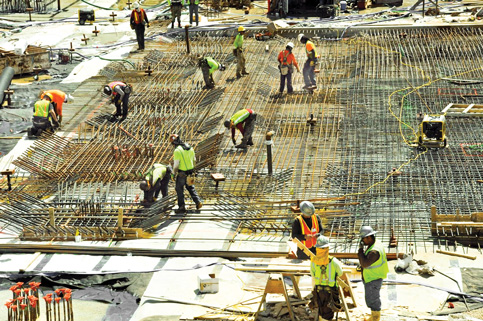 Miami-Dade gained 21,600 workers on payrolls from January to February, unemployment ticked down and every sector but one added jobs as Covid-19 vaccination broadened.

Nonetheless, every sector continued to show a decline from February 2020, the last normal month in the state before the pandemic hit in March.

Figures from the US Bureau of Labor Statistics show a broad pattern of unspectacular but steady gains in jobs as Miami-Dade heads toward normal.

“As more people become vaccinated, then certainly they’re going to feel more confident to go back and connect into the labor market, to go back into purchasing goods and services and engage in economic activity,” said Adrienne Johnston, chief economist for the state’s department of economic opportunity. “And as that happens, that’s certainly going to drive employment up and reduce our unemployment overall.”

Similar job gains showed up almost across the board in February from January: construction gained 100 jobs, manufacturing 800 jobs, information 200, financial activity 300, professional and business activities 3,600, education and health 400, other services 500 and government 1,200 jobs during the month. The only loss: 1,800 trade and transportation jobs.

The Department of Economic Opportunity said Florida has recovered 709,200 of the 1.27 million jobs lost between February and April of 2020. In Miami-Dade, 103,400 persons remained unemployed.